We'll start tackling German Word Order and Sentence Structure. We'll see what's really going on under the hood and see why rules fail and what we need instead. 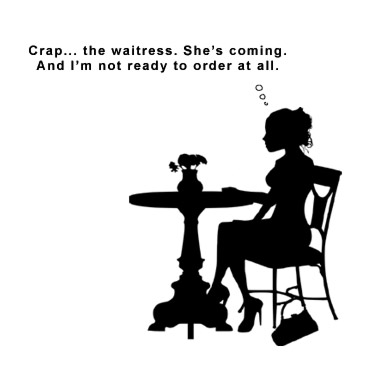 Hello everyone, and welcome.
It’s been kind of a tradition here to kick off the new year with a deep look at German sentence structure.
And I have a hunch that the topic that’ll perfectly match this year is…

Because it is a freaking mess!!
I am looking at you, 2020! Don’t pretend like you’re normal.
But amid all this chaos we can also find and discover new things. About life, ourselves, the world. And in case of word order about German.
Because if you think of German as a “rule”-language you’ll be VERY surprised at what’s going on under the surface.
So here’s what we’ll do. First we’ll take a look at the commonly known rules for word order and we’ll explain …what their shortcomings are. Then, we’ll have a look at what German word order is really about and then, we’ll finally zero in on one core idea. An idea that explains… everything. (word dramatized, may not actually mean everything, no refunds)
So are you ready to dive in and find out? Great.Now, the term word order is actually not very precise. For example, word order could also be the order the verbs that pile up at the end in a sentence. Like here:

What I, and many others online, teachers and students alike, mean by word order is the order of boxes. Boxes? If that doesn’t ring a bell you should check out the the article on the box model (find it here). Here’s what that is in a nutshell. A sentence consists of a verb and a bunch of boxes. Each box answers one verb related question like where, when, how, why, what, who and so on. Possibly, there are some adverbs and dochs and jas cluttering the sentence but the essentials are really verbs and boxes.

For the student there are two challenges. One is where to put the verb. The other is the order of the boxes. And that’s what’s commonly called word order. Now, there are some rules about that out there. Problem is… they’re like apple trees. Only that they don’t grow nice juicy apples but confusing, random exceptions. More than we can stomach.

Probably the most famous one is probably the TeKaMoLo-rule. TeKaMoLo is  short for the German words temporal, kausal, modal and lokal. The rule  basically says that the order of boxes in a German sentence usually is:

I hope the colors are more helpful than they are distracting. If not let me know. But anyway… here’s TeKaMoLo in action.

And here’s TeKaMoLo as it fails.

Now some of you might be like “Wait, the rule is only for the stuff in the middle field. So the part after the verb.” Well, fair enough. That doesn’t change much though.

All these sentences break the TeKaMoLo-rule and there are about 74261294 more examples*** , many of them in print (*** number dramatized, may not be as ma… actually never mind, it’s probably just fine). But wait, there’s more. Sometimes, following the rule can even lead to wrong results.

That’s a normal everyday sentence. Nothing special. And using TeKaMoLo we’d get this

And this sounds just wrong. The natural order would be this:

So… TeKaMoLo sure sounds catchy, and it’s not like it never works. But there are a LOT Of exceptions to it. Like… millions. And it’s no different for the next rule. I’ll just quote it as I found it on About.com :

Sounds like a neat rule. But as it is it would fail in probably more than half of the cases. So there’s the following amendment… again, a quote from About.com):

If the accusative object is a pronoun, it will always be before the dative object.

Here’s the rule in practice:

And here are some exceptions:

In the first sentence, we have no pronoun and still the Dative comes after the Accusative. So I guess we’d need to modify the rule and add some stuff like

I’m too lazy to type that all out. In the second and third sentence, we do have a pronoun (das, einen) and yet, it’s Dative before Accusative. In case of number 2 it would actually border on wrong to stick with the rule.

The problem is that das  is a demonstrative pronoun,  einen is an indefinite pronoun and the rule simply doesn’t apply to these. So we’d have  to modify the amendment  and say “personal pronoun” instead of just pronoun  and we need to know what the difference is between all these pronouns and how to tell which is… gee, I’m getting incredibly bored, just now. The whole point of this is to show you that these rules either have millions of exceptions or they need lots of additional side rules and some side rules for the side rules in order to actually be workable rules. And the reason why this is is that these rules are not part of German. They simply don’t exist.

When it comes to  the order of boxes in a German sentence, there aren’t really rules. There are tendencies. Time info often comes before place, the dative object often comes before the accusative object, the subject often comes very early. But they’re not rules. The word order in a German sentence is not based on rules. It’s based on magic. Nah… kidding. The word order of a sentence is the result of different tendencies or forces pulling the boxes one way or the other. Let’s take a peek behind the scenes. Here are the parts:

So these are our parts and now all the tendencies or forces have a meeting to decide which order to put the boxes in. Subject before Object immediately starts by saying: “So, I don’t want to sound pushy but … Thomas defi-freaking-nitely has to come before Maria here! Because we have no case markers to indicate what role they have.” And the others agree. Then Short before Long speaks up: “I motion to have  and am Freitag come before the whole park-part. It’s just sooo much shorter.” They also agree that Maria should come before the animal because Dative before Accusative wants it and they  put it far to the right because it’s very connected to the verb. Finally, they talk about how to start the sentence and no one really cares but since it’s would be odd to have Thomas and Maria right next to each other, they decide to start with the subject. The result:

Now, let’s assume we already know where Thomas and Maria were in that park. Then we could just say there (dort) as our where-box. That would change the conversation quite a bit. Pronoun before actual noun, who had been quiet in the other meeting,  would speak up and say that dort should come before am Freitag. Short before long would agree and so we’d get

So.. this was really just a peek and you don’t have to remember it. I just wanted to give you an impression of the dynamics and hopefully you can see that rules just can’t do that justice. It’s a dynamic of forces, and one key thing to accept about German word order is:

There is not the one right solution !

I know it’s a step but you have to let go of the notion of right and wrong and start to rely on intuition. Every sentence has a default word order. That’s the order we get when we just let the forces balance each other out. It’s the most natural order (for that sentence) and it has very little emphasis. But we can use a different order too. We can take a box and put it elsewhere. Sometimes this doesn’t make much of a difference but if we go against a force that is really strong in that particular sentence we create… tension. Attention. Emphasis. The more unusual a spot is for a box, the more tension is created because we’re going against the natural tendencies there are. Sometimes this tension can be so strong that we need a very very specific context as well as a proper pronunciation to justify it. In grammar jargon these examples are  called “Highly marked”. But it’s not necessarily wrong. Let’s look at an example. I’ll mark any special emphasis in blue.

Hey, remember when we had that rule that the dative come before the accusative?  But wait there’s more.

Of all these examples only the last two sound wrong. And why? Well, think of it this way, we gone against pretty much all the forces that there are and there’s just  too much tension now. It hurts. A bit like Yoga. Bending and stretching your limbs can be nice. It’s physically demanding, may even hurt a bit but it also makes you feel your body, feel more alive and stuff. But over-bending … that’s not fun anymore. So, now you’re probably like “My god how on earth are we supposed to learn that???” But it’s not going to be as confusing as it sounds. We’ll see that there’s actually a lot of common sense involved. “But learning all these forces and how they interact and where they pull which box when… that doesn’t sound easy.” Well, no it doesn’t. It’s actually impossible. But the good news is this:  The various forces or tendencies actually don’t really matter because they’re just expressions of one fundamental underlying idea. And that idea has to do … with the head.

Head final is a linguistic term and it basically describes that the main thing comes after all the specifics.

This is the perfect example for a head-final phrase. The main info, the head, is coffee and the specifics come before it. The object is coffee. That’s the head. And all the describing words come before it. The opposite of head final is … head initial. I think head-first sounds cooler though, so we’ll just use that. Anyway, and example for head-first would be how the Romance languages treat (most) of the adjectives.

The main thing, the head, comes first and the specifics come after. Here’s another example, this time without adjectives.

You probably guessed it. The German compound nouns follow the head-final structure while the English version (in this case) is head-first. So that’s the idea of a head and it also works for whole sentences where the head is … the verb. Hold on someone’s at the do.. oh wait, it was just a bell ringing ;). Now, most languages do use both ideas in their grammar somewhere, but still they usually lean toward one of the two paradigms. And German… well it is marbled with head-final structure You can see it in the compounds, the adjectives and most important of all… the verbs

Sure, there’s examples where the real verb is in position 2. As I said, it’s rarely that strict. But at it’s heart German is head-final. It even has it tattooed on its butt. “Head final forever” it reads, with hearts and flowers and humming birds, it’s quite cheesy. So… German is a languages that is used to boring us with all kinds of specifics before it gets to the main thing. But before we get to talking about how that can help us clear up word order once and for all let’s … wait a week :). This is it for today. Here’s what we’ve learned so far:  rules about word order suck, there’s no right or wrong, just normal and not normal, and German saves the best for last. If you have any questions or suggestions just leave me a comment. I hope you liked it and see you next time. And welcome to 2015 :)

If you want to get to part 2 right away click here... part 2