The meaning of “dürfen”

"dürfen" is one of the German modal verbs and it is about having permission. But many of the related words are about a different idea. 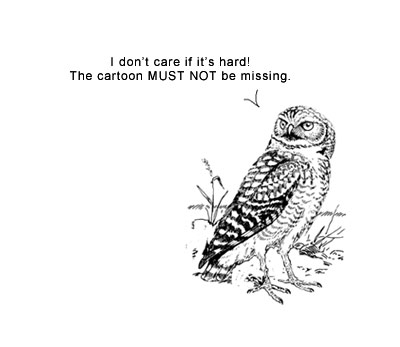 and welcome to our German Word of the Day,
this time with a close look at one of the famous modal verbs…

And this one definitely deserves a dedicated look, because not only does the meaning of dürfen seem a bit hazy to many students, there are also a few uses in daily life that don’t seem to even be in the haze. And the related words, wow, they’re so crazy they’re basically hazelnuts. Haha, get it, get it.

Seriously though, there’s definitely a lot to talk about so let’s jump right in :)

One quick word before we start: I am not going to talk about too much about the basic grammar of modal verbs. If you feel shaky about that, just check out my article on the modals.

But since dürfen is somewhat irregular with the conjugation, here are the forms in present and past

And now let’s see how to use it.

Dürfen is by far not as useful as other modals like können or wollen. Some of you might not even have used dürfen at all. But I’m pretty sure most of you have heard that it is about having permission.

And the translation doesn’t always have to literally include the words allow or permission. What matters is the idea.

You could use können in all these examples and they would be essentially the same. Dürfen just sounds a little tiny bit more formal or pleading.
So, permission is the core of dürfen.
But there are uses that don’t involve a real permission.

For one thing, dürfen is also used in  a somewhat general sense of “It’s (not) okay, good, productive.” .

In the first one, können would still be an okay alternative but especially the last two would be a bit odd with können – it just doesn’t sound “cogent” enough, it lacks the urgency. So yeah, if must not had a perfectly fitting translation, it would be nicht dürfen.  Uh… I mean it is the perfect translation.

Anyway, so in the examples we just had, we kind of had the circumstances allowing for something. So there is a connection to the core idea.  That is different for the next use though.

One word on the form first… we’re looking the “conjunctive” form. Dürfte- is the equivalent for könnte- (could) or müsste- (would have to). Literally, it should mean “would be allowed to”, but as we can see in the examples, it can also be used to express that something is probable, likely.
How does that connect to the idea of permission? Well, I guess a fundamental notion of positive potential does the trick. If you have permission to enter, there’s a potential for you entering. If you’re “likely to enter” there’s also a potential for you entering. Not sure, if that makes any sense.
Anyway, this use is not too common and you certainly don’t need to use the verb that way yourself. Just keep in mind that if you hear a dürfen that absolutely doesn’t make sense as permission, it might be this one, the one about probability.
Cool.
Now, we can’t talk about dürfen without also mentioning its use in” store talk”. Because, I bet that has confused quite a few beginners as well.
Here’s a little dialogue.

These two lines a  THE main way to ask what you’d like to buy in grocery stores. Using dürfen in that context is not all that crazy. It’s a bit like “What can I get you?“. The German phrasing is a bit different though,  and when you translate it literally, I’m sure many of you will end up with the same question…


The question is  of course what the hell is “es” referring to? And for that, we’ll turn to the writings of the famous German psychologist Sigmund Freud:

… The “es”  people refer to in store talk is THE “es” , id in English –
the instinctual unregulated part of our being, pure, raw desire.
Our id sees the cheese and wants all of it. The sales clerk is asking
us which part of our largely suppressed id our ego is allowing to
manifest in our groceries – “What is id allowed to be.”

Yeah… of course that’s complete nonsense. The es doesn’t really stand for anything, think of it as a filler, just take these sentences as fixed phrasings. I mean, you don’t even use the phrasing to answer these questions.
“Ja, es darf noch ein Brötchen sein“… they would be really confused at the bakery, and maybe even feel like you’re mocking them.
So what was all that nonsense about id and our innermost desires and needs good for?
Well, it  kind of leads us to the related words of dürfen. Because those are all about needs.

We’ve learned that the core of dürfen is permission. But back a few hundred years ago, the core of the family was something different – need. The sentence “Du darfst schlafen” used to be “You need to sleep.“.
How do you get from one to the other? Well, the first step is to see the connection between needing and obligation.

Here, the person addressed hasn’t really felt like there’s a need to do the dishes. Maria ..erm… the person speaking is creating that very need with that very statement. So it’s kind of a hidden obligation.
The second step is to add a negation to such an obligation.

Here, Thomas … uh.. the person saying the second sentence basically wants to express that the other person SHOULDN’T throw a fit. It’s basically “Don’t throw a fit!” in disguise, so in some way it’s a permission denied. Sigh, no wonder Maria wanted to take a break with Thomas.
Anyway, as silly as these examples were, I hope you could see that there’s a connection between need and obligation.
And for some reason** (**no reason, really, just German being stupid) the phrase “nicht dürfen” slowly shifted from “not needing” to “not being obliged to”  and then to “being obliged not to”. Which is basically not having permission.
Eventually, the entire verb focused on permission and the connection to needing was completely forgotten.
Or was it?
Well, the needing-idea is still very much alive in the related words. Which is quite a surprise to native speakers because they’re absolutely not aware of the connection.
Anyway, so the first word is the adjective dürftig. Literally, it once meant “needy” and today it means poor but in the sense of “needs improvement”. So you’d use it in contexts of results, not for actual poverty.

And there’s notdürftig, which literally means something like “out of the need in an emergency” and which expresses the idea a quick, make-shift fix, that’s not going to last long.

But the really useful ones are those based on a prefix version of dürfen – bedürfen.
Bedürfen itself, which was a more intense version of  the original need-dürfen, is still around, but it’s quite rare, especially in spoken German. If you ever need a REALLY fancy sounding choice for to need, this is one to pick, but be aware… it goes with Genitive ;).

The nouns based on this on the other are SUPER common.   Yes, you heard that right – two nouns. Der Bedarf and das Bedürfnis. And yes, they do translate to the same word the need. The difference is what kind of need. A Bedürfnis is a need that comes from within one person, the soul, if you will. A bit like an urge, but not as strong and compelling. A Bedarf is a more objective need. A single person can have both, a Bedarf and a Bedürfnis, but a company for example can only have a Bedarf.

The funny thing about the last example is that most native speakers wouldn’t even notice that there were two “darfs” in a row – so different do the words seem to them.
Anyway, last but not least, there’s the adjective bedürftig, which means in need.

Poor Thomas. Should have done the dishes more often, man.
Anyway, I think we#re done for today.
This was our look at dürfen. Today, it’s about having permission, but originally it was about need and this connection still shows in the related words.
As always, if there’s a Bedarf for clarification or you have a Bedürfnis to try out some examples, just leave me a comment. I hope you enjoyed it and see you next time.