Word of the Day – “brauchen”

A fun look at "brauchen" (to need), its prefix versions and how to use "brauchen" with verbs. Also: some really cool relations to English and other languages. 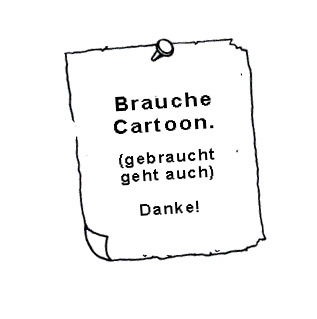 and welcome to our German Word of the Day. A very special one because….
it is number 200!!!! Wohooo! The 200th post.
And to celebrate that, let’s look at one of the most important words ever. A word you’ll need every day. Get ready to explore the meaning of

When you look up brauchen in a dictionary, you’ll find that it means to need.
And it does mean to need, but there is one very crucial grammatical difference that leads to a LOT of mistakes.
But that’s not the only thing we’ll talk about.
We’ll also look at some really cool relatives like verbrauchen and der Gebrauch and we’ll explore the family ties that bind all the meanings together. And that’s actually what we’ll start with. So are you ready for a little trip in time?
Perfect, then let’s jump right in.

And I have a really crazy family reveal for you. Like… soap opera level crazy.
Are you ready to get your mind blown?
Okay, so here it goes… brauchen is related to … drum-roll please… fruit.
Sounds crazy but it’s true. And we can see it a little better when we look at the German word for fruit: die Frucht. Brauchen – Frucht. I mean… they’re not exactly twins, but there is a resemblance.
Now, how did we get such a crazy relation?
Well, at the start of it all is the ancient Indo-European root *bhrūgwhich had a really interesting double meaning: fruit and enjoy. Makes a lot of sense, if you think about it. The hunt hasn’t been too successful. Only an old skinny rabbit and a few chewy roots for the whole cavemen family. Another meager dinner. But then young Grok comes back from collecting firewood and says: “Grok find many fruit!”.
And everyone is like: “Yeaaay. Fruit, fruit, fruit.”
Now you might be like “Ewww fruits are gross.” but that’s only because we are oversaturated with sugar… sodas, ice cream, chocolate, cake, BBQ-sauce. But our ancestors didn’t have that. For them, sugary food was something really special and so it makes sense that they used the same word for fruit and enjoy.
Now, this double meaning of fruit and joycompletely carried over to Latin and it’s even still kind of visible in the English word fruition.Today, fruition means something like completionbut it used to mean enjoyment a while ago… which is what you feel if you plan comes to fruition.

And what about brauchen?
Well, the evolution of the meaning of brauchen pretty much mirrors the development of an addiction.
At first you’re like “Man, I really enjoy a good piece of chocolate. As a special treat.”
But then comes a stressful situation, like… say… a lockdown and before you know it, you sound more like this:
“I eat (use) chocolate every day… don’t know why… because it’s there, I guess.“.
And then, after a while, you actually get nervous when there’s no chocolate
“I need chocolate… helps me relax.“And you buy more.
That’s roughly the path brauchentook.
From really enjoying, to using everyday, to needing.
And actually, the second step, the using is at the core of most prefix versions.
But let’s look at some examples for the normal brauchen first.

In phrasings like this one, the two verbs are exactly the same. But there is a BIG difference when it comes to using them with other verbs (we’ll get to that later).
And they’re also different with regards to related words.
English has a noun the need, and German has a noun der Brauch. And they certainly are gonna be translations for each other. Right? RIGHT?
Well… nope!

The translation for the need depends on context, but it’s definitely NOT der Brauchor any other word based on brauchen.
Because the relatives of brauchen – and there are quite a few of them – are about something different…

Do you remember the evolution of brauchen? From enjoying, to using to needing?
Well, the need-meaning is actually fairly “young” and the secret of to all the related words is that they kind of got stuck with the second stage… the using.
And that’s why der Brauch does NOT mean a need, but instead custom, in the sense of tradition. A habit or behavior people “use” regularly.
And while Brauch is not that useful in daily life, the word gebraucht is. Yes, it’s the ge-form of brauchen, so we do use it as to need.

But gebrauchtis also used as an adjective in the older sense of used and it’s THE word for second handin German.

Now, to be really precise, this second-handgebraucht is technically not the ge-form of brauchen but of gebrauchen. Yes, that’s a thing, as well. A while back, brauchen and gebrauchen both meant to use,and while brauchen went on, gebrauchen didn’t change. It’s not used as a verb that much, but the related words are REALLY common.

Cool.
Another really important one is verbrauchen. The ver-prefix adds its idea idea of away to the sense of using and boom… we got ourselves the German word for consume, use up.

Besides verbrauchen, there is also aufbrauchen which is quite literally to use up and at least in context of food it puts a slight stress on using as opposed to throwing it away. But it’s not used all that much in daily life anyway.
So yeah, these are the most important related words for brauchen and you’ll definitely need those. There are some others related words out there, but with the idea of using in mind, you’ll be able to get them from context, I think.
So let’s rather turn back to brauchen and talk about the issue many many people are making mistakes with… to need in combination with activities.

Where we need to be careful – brauchen and verbs

In the examples that we had for the verb brauchen, we were talking about people or things.

In that regard, brauchen and to need work exactly the same.
Now, to need can also be connected with activities.

And this does NOT work with brauchen. Like… not at all!!

People might understand you but it sounds really really really wrong.
The proper word here is the “standard” German word to express obligation… üssen.

Many people are really used to this phrasing with to need and they kind of use brauchenautomatically. But that’s only half the reason for why there are so many mistakes.
The other half is the fact that German is totally inconsistent.
Because while this doesn’t work…

… the following DOES work

And to make it even more confusing, this also works.

So apparently, nicht and nur have magical grammar changing powers and when they’re in the sentence it’s suddenly okay to connect an activity. And honestly, I have no idea why…. it’s just how it is, in all its random, inconsistent beauty.

In writing, müssenis probably the better pick but in daily conversation people do use nicht/nur brauchen.

And after looking at these examples, I think most of you are low key having the same question … what about the zu?
Does it have to be there or not?
Well, believe it or not but it’s actually up … us, the speakers. WE can decide. Our will matters. Power to the speakers, hooray.
No need for a stupid and complicated rule. Take note, Mr. Grammar and tremble, for if you can be beaten here you can be beaten anywhere. You shall bind us no more. We’ve tasted freedom of rules. A very sweet taste. Henceforth we’ll speak the way we want. And no one …. shall…. correct uuuuuuuus!!!!!!
To the barricades, comrad… oh… oh… I uh… I think I had too much coffee. I need it to function, but I think that last quadruple esperesso was too much.
But hey.. “I need coffee to function”… that sentence actually reminds me of another issue with translating to need.
If we see sentence…

…we’ll most likely understand that coffee is a prerequisite for us functioning.

But the phrasing actually has a second meaning. It can also express that we want to the coffee to function.

This is a request, a demand toward the people. Kind of a mix between

This phrasing does NOT work with brauchen, neither in the positive or the negative. The best match is again müssen.

So yeah, maybe it’s best if you think of brauchen as JUST needing things or persons and stop using it with verbs completely until you have enough sprachgefühl.

And with that said, I think we can wrap this up :).
This was our German word of the Day brauchen. It comes from a word that meant fruitand joy. Then it changed to to use, a meaning which is still present in Gebrauchand verbrauchen, and then brauchenshifted again and became to need. Tune in in 300 years to find out what it’s gonna mean next.
If you want to recap and check how much you remember, just take the little quiz I have prepared for you. And of course, if you have any questions about brauchenor the prefix words or if you want to try out some examples just leave me a comment.
I hope you liked it and see you next time.