The Meanings of “eben and gerade” (Part 2)

We'll explore how "eben" and "gerade" are used in context of time and as these weird particles that seem to appear anywhere. Featuring: a really scary cat.

and welcome to our German Word of the Day. And this time we’ll complete our look at the meanings of

and its brother in spirit

In the first part we had a look at the normal meanings of the words and we learned the three things that we need to make sense of all the crazy meanings of those words.

If you haven’t read it yet or if you want to refresh your memory before diving in you can check out part one right here:

I know, I know… exactly-ness is not a word. And it doesn’t even sound very elegant or intelligent either. The reason why I’m using it anyway is that I don’t want you to be like “Oh, eben and geradeare are translations for  exactly.”. They sometimes are. But only very sometimes, as we say in bad English. What matters is the VIBE.
It’s just like in English. The words right, straight, just and exactly can all  express exactly-ness but that doesn’t mean that they’re interchangeable all the time.

They all express the same but they’re idiomatic in different contexts and phrasings. And that’s how it is with eben and gerade. Both can express exactly-ness but they only work in certain phrasings. So the interesting question is which works when. And I’m sure you can find that somewhere on the web…
nah, kidding. That’s what we’re here for :).
Let’s start with eben and eben is used for one rather specific thing. You say something and make an implication, someone else rephrases it or draws a conclusion, and gets your point. And you go like “Exactly.”
Examples:

It’s really really important that the other person is getting something that you have implied. You wouldn’t use it if someone just says something that is spot on.

This ONLY makes sense if this is something you have implied before, if you kind of led the other person to that conclusion. Like my teacher in math class…

I still didn’t get it, but anyway.
DO NOT use eben if someone just says something that is correct!! This whole notion of “That’s what I’m trying to tell you” is crucial for it to work.
And it’s also present if you find this eben mid-sentence.

So that’s the exactly-eben…. pretty darn specific, isn’t it? By the way, English has an exactly-even, as well. In the phrasing “Even as we speak” which means as much as “Exactly in this moment.”
Anyway, let’s now get to gerade, and the most important use is much simpler to grasp. Gerade works pretty much like especially or particularly.

Especially this structure, with the gerade at the start, is a SUPER COMMON. And I feel like it’s actually stronger than especially; this gerade has a very, very pointy vibe to it. Like… you really use it to point out THE ONE thing to which something applies.

But that’s not the only thing the exactly-gerade is used for. It’s also common in combination with ja, nicht, so and noch.

In the last two examples, we used just as a translation.  It’s this just that says “Exactly this much but NO MORE.”. But there’s another use for just. A use that it shares with eben and gerade.

One use of just is the temporal sense of just now, like a few minutes ago.

I have to admit, the connection to right, the original meaning of just,  is not totally obvious. But with two simple moves, it becomes all clear. Step one: think of right, correct as no distance to the solution/target. Step 2: take the idea of no distance and use it in sense of no distance to the moment we speak. Tadaaah! Mind yoga, the solution to everything. Or was it mind bullshitting? I can’t really tell them apart sometimes.  Anyways, just like just, gerade and eben are both also used in a temporal sense. And their range is actually much broader than the one of just.

In these examples, they’re referring to now as well as the very near future and they imply that it won’t be long.

Now, are the two really synonyms as the examples suggest? Well, almost. One difference is that eben doesn’t work well for the right now. It might be a regional thing but I wouldn’t use it for that. And then, generally I feel like gerade is pointier than eben. But this is really just a nuance. Especially in sense of just a short time ago they are interchangeable. Oh, and combine-able. Eben gerade, gerade eben… people do say that and I think the choice completely depends on what flows they feel like saying.

Oh and that example actually shows us something else…. that the two are not bound to the now as in the moment of speech. They’re also used for now in sense of “the moment I’m talking about”.
And the last examples also brings us to another use of gerade, a very very very important use. So important that I’ve decided to hide it in the miscenelanous-section.

Gosh, English –  could you pick a different word for that? Miscesomething. Puhleeeze!
Anyway, there are three more uses I want to talk about, two for eben, one for gerade. The one for gerade ties in perfectly with the whole time-stuff we had just now and it is: 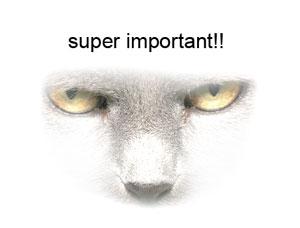 Eeeeew. Portentousness-Cat is actually kind of creepy.
You see, English has this stuff called continuous. I am going to the bar, I am ordering a beer, I am drinking the beer. German doesn’t have such a form. But there is another way to express that something was on-going at a certain time… using gerade.

Now, as you can see there are two phrasing for it and they don’t work all the time but getting into detail here would be too much so let’s save that for another time. Just make a little note that gerade can (not “always is”) a way to translate the ing-stuff from Inglish…. haha, get it? Inglish. 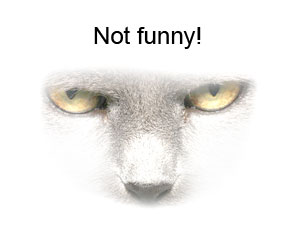 Ahhh… I’m sorry, I’m sorry. I’ll move on.
So, the last two things we’ll look at are uses for  eben and the first one is actually a combination: na eben. The situation for using it is as follows: you have a problem (that you might not even know about) and then someone suggest a very obvious and simple solution that you could have found yourself. So you go like “Oh, riiiight. Of course!” with a genuinely surprised tone.. that’s what people use na eben for.

But this use is nowhere near as important as the next one. 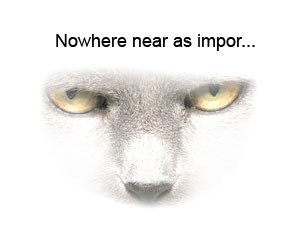 SHUT UP! GO AWAY!!!
So, at the very beginning we’ve learned that eben is about even-ness in both senses, flat-ness and equality. Now, the idea of equality is not far from the idea of same – and that’s the key to our, very important, use of eben which can be best captured as

Coffee or tea, it’s the same to you. That’s the original idea of that use. But in reality, it’s not so much the same. Eben expresses that whatever you’re saying is only the second best choice. And the rest depends on tone.

Now, this eben  is super common. And it has a brother in crime, so to speak: the word halt. Halt and eben are synonymous in that sense. I think the more you go South, the more people tend to use halt they’re really the same and I use both of them every day.

And if you’re now like “Mooore examples!!” then you should definitely check out the article on halt. It’s a bit old and could use some botox… uhm.. I mean editing but at least for examples it’ll do. I’ll add a link to that below. And before you go like “Ugh. Scrolling. I hate it.” …below won’t be very far away because we’re done for today .
Yeaaaay. That was our look at all the seemingly crazy meanings of gerade and eben , which, in retrospect, are not all that crazy and I hope I could make them at least a little clearer.  If not, or if I forgot a use case (I probably have), or if you want to try out some stuff and see if it’ s idiomatic or not just leave me a comment. 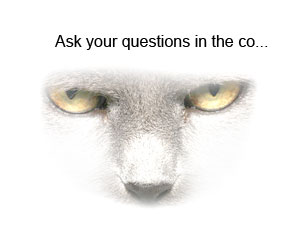 Dude! I really doubt you’re encouraging anyone with that stare.  Man, that cat.
Anyway. I hope you enjoyed it and see you next time :).