A quick look at the meaning of "vorgehen" and why it has the three meanings it has. 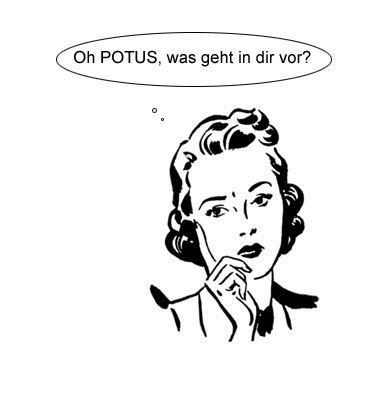 and welcome to a new episode of the acclaimed HBO series Prefix Verbs of Thrones, this time with a look at the meaning of

Gehen means to go, and vor is all about the idea of ahead, forward. So it would make a lot of sense if vorgehen meant to go forward.
Does it?
Well, it’s like Maria’s relationship status on Facebook.
Complicated.
So let’s take a look, shall we :)

Vorgehen, to some extent, does mean what the combination of the parts would suggest. For one thing, it can be used in the literal sense of going to the front though nach vorne gehen,which is more proper.

Then, it can be used in the sense of to come first, but only in a few contexts.

And vorgehen can also mean to go ahead.

But ONLY in the literal sense of walking ahead and in case of a watch, being fast.

Vorgehen does absolutely NOT mean to go ahead in phrasings like this one.

The translation for that depends on context and sometimes it’s actually best to just skip it entirely in German. But vorgehen doesn’t work AT ALL. It wouldn’t even be understandable because it would sound like the person should literally walk somewhere.

So,vorgehen does NOT mean to go ahead in the sense of proceeding.
And now guess what vorgehenis actually kind of the exact copy of… exactly: proceeding.
God, German. You suck.
But seriously… proceed literally means “to go forward”. “Cedere” , which is also part of words like concedeor precede or recession, is Latin for “to go (away)” and pro is actually a brother vor and for and can just like them express forwardness.

Now, that doesn’t mean that vorgehen is a good translation for to proceed. Usually it isn’t because whenever proceed has a focus on continuation, vorgehen doesn’t fit anymore.
But the idea of some sort of process is part of all the more abstract uses of vorgehen.
First up, vorgehen is a somewhat technical sounding option for taking action in a planned manner.

It can be also used in a more general sense of stuff going on, which is also a kind of process.

It’s not like German has enough words for stuff happening already (passieren, geschehen, sich ereignen, los sein). What makes this one useful is it’s “inner” version. Stuff happening in your mind or soul.

Note that it’s not a pure thought process. It’s about emotions. But yeah, this one is worth adding to your active vocabulary.
Cool.
Last but not least, there’s the noun der Vorgang and this is as close to process as it gets.

God, this language must be awful for a learner :).
Vorgang fits right in there, because it’s pretty stiff sounding but you’ll definitely come across it if you ever make contact with German bureaucracy.
We’re almost done but of course when looking at prefix verbs we need to look at one particular variation of it. If you’ve read a few entries in this series you know that I’m talking about the r-version.
For verbs with vor-that’s always going to be a her-version.

Hervor, basicallycombining here and forth, expresses the idea of coming out from under something or behind something. Like, the sun can come “hervor” from behind the clouds. And hervorkommen is actually much more common, but hervorgehen is about the same idea. It can mean to come from or to say but these translations are really not telling you very much about the actual use, so let’s just look at some examples.

It sounds a bit high brow and it’s nothing for day to day conversation. But at least the last use, as to say to show, is one of those drivel words that’ll give the person reviewing your B2-exam a proper hard-o… uhm… I mean, they’ll like it very, very much (phew, that was close).

All right, and I think that’s it. This was our look at the various meanings of vorgehen, not the most common verb ever, but I’m sure you’ll see it around.
As always, if you have any questions or suggestions or if you have a fun bureaucracy story about a Vorgang, just leave a comment.
I hope you liked it and see you next time.
Oh, and leave a like if you enjoyed… it’s like Youtube now here :).

das Vorgehen – the course of action
die Vorgehensweise – the way of going about something
der Vorgang – the process, the procedure, the proceedings,; very common in bureaucracy
hervorgehen aus: come from (in sense of emerging), say/show (for texts and images)