A quick look at the meaning of "vorkommen" and why "sich vorkommen" actually became a good way to say how you feel. 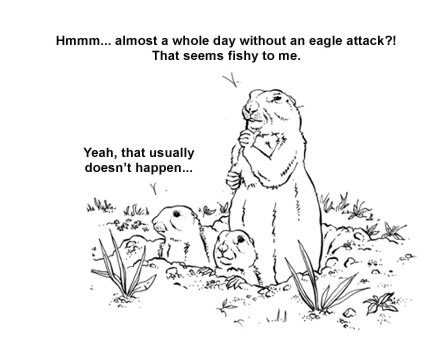 Kommen means to come and unlike most of the prefixes vor has only one core: the idea of “in front”-ness. And it’s actually a rather simple straight forward prefix verb. Ithas a modest 4.4 MBU (mind bend units) on the Mind Bend Scale, nothing compared to the “logic” of bestellen with its 1,2 million MBU. And just to put these numbers in perspective … understanding bestellen is like kissing your belly button, vorkommen is more like touching your shins.
So, really nothing too demanding. So without any further ado, let’s get right to the first meaning of vorkommen and that is… to happen.

Now you’re like “That’s not simple at all.” and you’re right, I just wanted to scare you a little. The actual translation for vorkommen is to occur.
“Emanuel, this is NOT any better.”
Oh yes, it is. The verb to occur comes from Latin. It’s a combination of the prefix ob- which meant against, toward and the verb currere, which meant to run. That is where current comes from, by the way. So, the literal meaning of occur once was simply to run toward. From there, it changed to the more general idea of to present itself, to show up – a meaning that is still part of to occur in contexts like, say, the number of occurrences of a word in a text. How often does a word present itself, show up, occur in a text. And guess what… that’s also a meaning of vorkommen

And when we take the last example we can see that it’s really just a very small step from this meaning to the idea of to happen.

The snow storms “come forth”, they show up, take place, happen. I hope you can see the connection.

Now, the number 1 German word for to happen is passieren. Vorkommen is by far not as general. Uses like the ones in the examples are the most common ones and there are a few contexts in which vorkommen does not work at all. For one thing, it sounds a little bit slow, so it doesn’t work well for quick or sudden events. Like, you hear glasses crashing from the kitchen or your friend calls you and breaks down crying…. vorkommen would sound super out of place and unidiomatic here.

Also, you wouldn’t use it to refer to single instances of events so you’ll pretty much never find vorkommenin combination with a specific point in time.

And last but not least vorkommen absolutely doesn’t work when you want to say that something happens to someone. It’s the same for to occur.

These two are totally not the same. To occur now expresses the idea of personal impression. And it’s the same with vorkommen. When you add a person the verb turns away from a real event toward an personal perception. And in contrast to to occur, vorkommen actually is much more personal. Like… to occur to me is about recognizing something that is the case. Jemandemvorkommen is about getting the impression something MIGHT be the case. As similar as they are, the two are actually never translations for each other. Think of vorkommen as to seem (for to occur the better translation is einfallen).

And then there’s this phrasing: ich komme mir vor. Literally, it is “I occur to myself” and it’s about what impression you have of yourself within a certain environment but the actual translation is to feel.

Not bad, huh… a word that can mean to happen and to feel. Sounds super crazy but it actually makes perfect sense. “Perfect” as in “kind of”, I mean :). Seriously though… the core is to show up and that can be bent either way… taking place, happen or appear, seem.
Let me maybe point out again that for the appear-sense you absolutely NEED this mir/dir bit.

All right.
So this was vorkommen and it’s cool meanings and everyday usages. Now for the boring rest… the r-version.

Which isn’t even an r-version, because pronouncing a single r in front of a v would be kind of hard. There’s only hervorkommen and this is about the idea of coming out from somewhere hidden into the open.

What it doesn’t mean, even though that would make sense, is the super literal idea of come to the front. The proper word for that is nach vorne kommen (though you can also find vorkommmen in some contexts)

And since we’re at it, we might as well also mention the word vorankommen, which what all learners want… make progress.

Cool.
And I’d say we’re done. This was our look at the prefix verb vorkommenwhich organically stretches from to happen and to feel, even though it may vorkommen you super crazy at first ;).
As always, if you have any questions or suggestions or if you want to try out some examples, just leave me a comment.
I hope you enjoyed it, and see you next time.

vorkommen – to occur, to happen
mir/dir/… vorkommen – occur to me, seem to me
sich vorkommen wie – feel like something

das Vorkommen(-) – the deposit (natural resources only)
die Vorkommnisse – the occurrences (usually with a negative tone, rare)
keine besonderen Vorkommnisse – nothing to report
hinter etwas hervorkommen – come out from behind something
vorankommen – make progress