Word of the Day – “Bescheid”

A quick look at the meaning of "Bescheid", how to use "Bescheid sagen" in daily life and what it has to do with being humble. 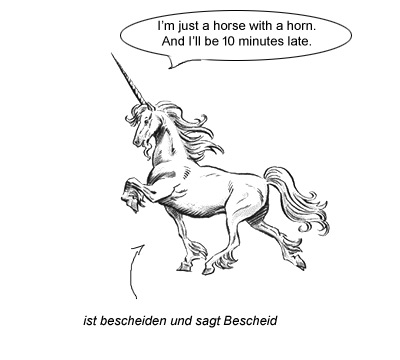 Now, I spelled that with a capital B which means that it’s a noun. And of course that raises the question whether it is der, die or das Bescheid.
Well, technically it’s der Bescheid. But in practice we won’t need the article, because Bescheid is super chill about these things.
Like… Germans were like “Hey, Bescheid, do you want us to use an article with you like with all the other nouns?” and Bescheid was just like “Nah bros, it’s cool. Who am I to make you guys use an article. I’m just a normal word.”
Super humble.
“Hey Emanuel, you asked us to tell you when your intro is starting to waste our time… well, it just started.”
Oh… okay, cool. Let’s jump right in, then. Thanks for the heads-up :)

Those of you who have been learning German for a while might have an inkling that the be- in Bescheid could be the infamous be-prefix that we know from verbs like bekommen or bestellen.
Well, you’re spot on.
Bescheid is actually a member of one of the craziest word-families ever: the scheid-family. I think I’ve mentioned this in another article already but I’m just gonna say it again, because it’s just so interesting.
The scheid– family is the family of some really famous words like unterscheiden (to distinguish), entscheiden (to decide) or der Abschied (the good bye). But what makes it crazy is that it’s also the family of Scheiße, shit and science. Oh and schizophrenia.
Yup, science is akin to shit and schizophrenia. Just say that next time one of those blue pillers is using “science” to tell you the earth is “a ball”. That’ll shake ’em up from their delusion.
Seriously though, the core idea of the scheid-family is pretty much captured by another member: to shed. It’s the idea of parting, separating and a core part of science is differentiating between instances. It’s a bit of mind yoga, no doubt, but it kind of makes sense to me.
Anyway, back to Bescheid. There’s this verb scheiden in German. Nowadays, scheiden is pretty much only used in the phrasing sich scheiden lassen, which means to get divorced. But back a few centuries scheiden had a very broad sense of parting, separating. The verb bescheiden was at first just a variation of that but there was one rather specific use from old bureaucratic German that is relevant today. Bescheiden was used in a sense of making a decision about someone’s claim. So basically analogous to entscheiden (to decide) only that it was a decision for someone else.
In law speech you can actually still find this bescheiden today

And this leads us to the noun der Bescheid because a Bescheid is basically the written form of such a decision. Suppose you apply for unemployment benefits. If you’re actually entitled to it, you will get a letter with a Bewilligungsbescheid (notice of granting). Or if you did commit a petty offense, you might get a Bußgeldbescheid (penalty notice). Or if you’re German and you keep flashing your long compounds in people’s faces, you might get a Screwthatimgonnalearnspanishbescheid… you get the gist.
Now, whatever the reason may be, this noun Bescheid made its way into the mainstream as part of fixed phrasings that are super super common in today’s German. The first one is Bescheid sagen (and the variation Bescheid geben) and it is basically the German counterpart of let someone know. For mundane pieces of info.

Meh… I tried to use a witty reply in the last one, but it probably doesn’t work. The German version is pretty common though.
Anyway, I think due to its bureaucratic origins, Bescheid sagen does feel a tiny little bit more official. So it’s not the best choice when things get emotional.

The version with Bescheid sounds like all you want is a quick heads up, and it doesn’t sound empathetic at all.
Anyway, overall Bescheid sagen is SUPER common and you’ll definitely hear it in daily life a lot.
All right.
Now, the other common phrasing with Bescheid is Bescheid wissen. It’s not as a common as Bescheid sagen, but still good to know. The meaning is pretty self explanatory, I think. Bescheid wissen is about “being in the know” about something. Usually, it is used for single bits of info, like a date or something, but it can also be about a somewhat bigger story.

Cool.
So these were the two really common uses of the noun Bescheid.
But that’s not all for today. We can’t talk about Bescheid without talking about bescheiden.

Now you might be like “Wait, you told us about bescheiden already, this old verb that has fallen out of use for the most part.”
And you’re right, we mentioned that already. But bescheiden is actually also the German word for humble, modest.


Does that tie in with der Bescheid? Well, not directly. But it does tie in with what we’ve learned about the family as a whole. The core of the family was the idea of separation. And when bescheiden was used with a self reference, it would carry the idea of separating, restricting yourself from something. This use is NOT around any more, but the idea of restriction is the base of the adjective bescheiden. Acually, that’s sometimes still the focus.

The idea here is not that his family were super humble or something. It simply means that they didn’t have much.

And this doesn’t mean that the service was super humble. It means that the service sucked. Because this notion of restriction, lack makes bescheiden a good family friendly stand-in for beschissen.
Which bring us full circle back to the beginning, the scheid-family and the connection between science and shit.

And that’s it for today. This was our look at Bescheid and bescheiden and in all modesty I gotta say, it was incredibly well constructed and well explained by me. Let me know in the comments if you agree. And should you really actually have a follow up question, which I don’t think anyone has, because it was so well explained, please leave me a comment as well.
If you want to check how much you remember, you can take the great great quiz I have prepared for you.
I hope you liked it and see you next time. Well, actually I know you liked it. It was really great.
The German word for to brag is angeben, by the way. If you want to find out more about that, you’ll find the link here: