A quick look at "angeben" and how bragging is connected to bureaucracy, hearsay. And tennis. 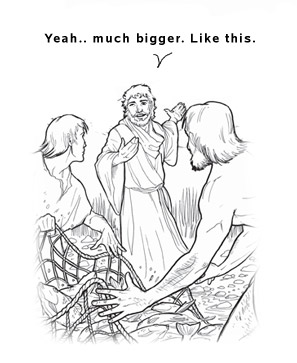 and welcome to another episode of Prefix Verb Shorts.
Whether you have to fill out a form or impress your friends… today’s word will help you with that. Ladies and gentlemen… get ready for a quick look at the super useful meanings of

An has two notions that it can add to a verb: “on-ness” (as in going/not off, ) and “at-ness” (or its directed sister toward-ness). In case of geben which means to give we’re only dealing with one of them… the latter. And if not that one then it’s the former. Yap, I actually have no idea. But it doesn’t really matter in this case. The only thing an does with geben is making it more specific. Geben is for giving all kinds of things… cups, glasses, plates or shits; angeben is for: information. It means as much as

to give information in response to an inquiry

and if you’re wondering why the definition sounds so formal … well that is because angeben is a rather formal term. You use it in context of filling out a form or a survey, or talking to a police officer or the press. Not if you inform your loved about what you’d like for dinner.
So, let’s look at some examples

That last one was a little taste of how the more bureaucratic German “sounds” like. There’s much much worse though :).
Just as important as the verb is the noun die Angabe. It often comes as a plural (dieAngaben) referring to information supplied, and if you fill out a form or if you ever listen to news in German you’ll definitely comes across that word.

Now, especially the last two examples made it clear… angebenis really just saying something and Angaben might very well be false. And this possibility for doubt is pretty much the core of angeblich. It can mean supposedly, allegedly, purportedly… English has quite a few translations for it actually. But angeblich is much less fancy sounding and people use it a lot in daily life for anything that someone says but that they doubt to some extent.

All right. So this is was angeben in sense of giving information.
But that’s not all there is to say. Angebenhas a second meaning and at first glance that second one seems to be quite different.

That’s right. Angeben means to show off, to bragg.
Now, it does feel like a completely distinct meaning to a German native speaker but it’s not really all that distinct from the other one when you think about it. Showing off how cool you are, how smart, how pretty, how much money you have… this is essentially giving information about yourself, you’re saying things, making claims. Just like in the other meaning, only that this time the focus is on giving information that makes you look good.
Here are some examples for the use. Note that if you use a particular item to show off you’d connect that with mit. You cannot angeben something directly. That would be the other meaning then.

All right. And that’s pretty much it.
There are a few uses in fixed expressions that don’t exactly fit in with the others…

…. but they are not too crazy either. So… I think we’re done here. That was our look a… what? Oh, the r-version? Well… I don’t know… it doesn’t really feel like it’s that well established. I mean, I’ve found some instances where people used it it in sense of giving oneself to a task but I’ve never heard of that so I’m pretty sure this is a regional thing. And of course there’s the almost mandatory kitchen use in sense of adding stuff to something but meh… I don’t know. Just doesn’t feel idiomatic to me so I can’t give you any examples.
Cool. So this was our quick look at angeben. It’s used a lot in a formal sense of giving information, like in surveys or press conferences but it can also mean to show off. And if you’re looking for a connection between the meanings… just think of an average CV.

As always, if you have any questions or suggestions, if you want to try out some examples or if you just want to angeben a bit with your German just leave me a comment.
I hope you liked it and see you next time.