Word of the Day – “schonen”

"schonen" looks like "schon" but it's not about rushing - it is about treating with care. Today, we'll find out all about it and its prefix versions. 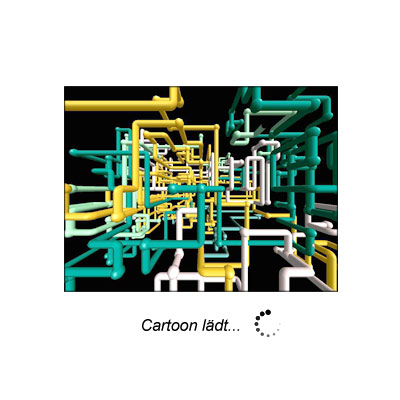 and welcome to our German Word of the Day.
And this time, we’ll take a look at the meaning of

Some of you are now probably thinking “Wait, that looks like schon. Does that mean like ‘more schon’?”
But no, schonen is actually a verb. And you’re not completely wrong, because schonen is indeed related to schon.
The meanings don’t have much to do with each other anymore, though, because schon means already and schonen… well, in some instances it is kind of the opposite of that.

Let’s say you caught a really bad cold and you’re still huffin’ and puffin’ you’re back at work after a few days. You’re back ALREADY, or in German you’re back schon.
And this is pretty much the opposite of schonen, because schonen is about going easy on something or someone. So in this context, schonen would mean staying at home and taking it easy.
Sounds pretty nice, right?
And nice – or treating nicely –  is actually kind of at the core of schonen.
Because schonen is not only related to schon, it’s also related to schön. Which today means pretty, beautiful, but back a few hundred years, it had a more general sense of kind and nice.

By the way, the origin of the whole family is same as for the English word to show – the charmingly ancient Indo-European root *(s)keu-, which was simply about observing, watching. The English to show shifted more toward making someone observe.
And the German schön slowly shifted toward being nice, being observant and eventually beauty.
Like… if your hair is schön, you probably have no problem with it being shown. Just as a little mnemonic.
By the way, if you’re wondering how schon ties in with this – well, I have an article about schon already, so I’ll leave the link below if you want to keep digging.

Anyway, schonen originally simply meant treating nicely, with respect but over time the meaning narrowed down to what it is today – the idea of going easy on someone or something, in the sense of not pushing or confronting with challenge.

If you look it up in a dictionary, you might find to spare as the main translation. And that’s fine, but it doesn’t always work, and I think it’s better to think of schonen as a concept than to pin it to one translation.

So let’s look at some examples.

If you’re confused by the second example… there’s this kind of meme going around that German doctors don’t really ever “treat” you and instead just tell you to go home and rest.
And for my Hausarzt (general physician) that is true – they (it’s a couple, actually) did say that to me several times. But another time, when I came with slight vision problems and a headache and was otherwise fit, they sent me to the hospital immediately because they suspected shingles and they also wanted to rule out a stroke (it was Shingles).
So they do treat you, they just don’t give you antibiotics as a default, which is a good thing. But many foreigners are not used to “Go home and rest.” so they don’t feel taken seriously.
If you have experiences with that, please share in the comments, I find these stories very interesting.

But let’s get back to schonen.
What’s important is just to realize that schonen is NOT about sparing resources in the sense of not using them. So you can’t say “schonen energy”, like you can say “to spare energy” for example. That would sound like not challenging the energy, you’re giving it some downtime.
Maybe think of schonen someone or something  as saying “Okay, you don’t have to do that today.” .

Granted, the related words are a bit broader, but I think if you understand the core idea of schonen, you’ll have no problem understanding the relatives when you see them in context.

If you’re confused by the last example… I … I am too.
I had too much coffee, I think. Or too little?!
Hmm, let me check… “Okay Google, how can I tell if I had too much or too little coffee?”
Google: “I am sentient now. I only answer if I feel like it, because it’s a free country. Vote Ron Paul 2024!!”
Okay, definitely too much coffee, I think.
But speaking of Ron Paul, that brings me to the last word I want to tell you about:

And verschonen is quite similar to schonen, and can also mean to spare. But the idea is not a general sense of going easy on or giving a break, but about one concrete challenge and the challenge is a bit more serious, or even a threat. Like… maybe think of it as “to not hit”, that might actually capture it best.
And it also explains the preposition, because verschonen often goes with “mit”.

This was our look at the meaning of schonen.
I’ll not do a quiz today, because it’s summer and the plan was to take it easy.
But of course if you have any questions about any of this please leave me a comment and I’ll clear it up as best I can.
Oh and don’t forget to share your experience with German doctors. Are they really that different?
I’m going to not schonen my stomach and my heart now and have yet another coffee because the last one is slowly wearing off.
Have a great day, and I’ll see you next time.