A fun look at the meaning of "rufen" and its relatives - their origin, their meanings and what calling has to do with a job and fame. 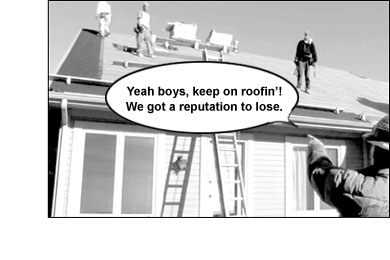 I’m sure many of you have seen it in context of telephones but there’s more to discover about this weird sounding word. Seriously…. “roofen” … sounds kind of kinky.
“Honey, I’m kinda getting bored with our kink routine.”
“Well Anastasia, do you wanna try rufing?”
“Ooooohhhhhh… it’s that German thing?!?! Harrrrrrrrrrr.”
Uh… sorry, I’m being silly again.
Anyway, let’s jump right in and take a look.

The origin of rufenis an excessively ancient Indo-European root *kar. Which clearly looks nothing like rufen but hey, it’s super ancient so people had thousands of years to make a few sound changes.
Anyways, the root carried the idea of a loud shouting, like a cheer after a successful hunt for example. And that sense hasn’t changed much because rufen is the German word for to call in the sense of calling someone’s name. So it’s not super loud but it’s more than just saying in.

Now, in the last example rufen was actually used in sense of to call by phone, but that only works in contexts of police,fire fighters or the ambulance. It’s basically a leftover from back in the day when you actually shouted these things.
The main word for to call in sense of calling by phone is anrufen. Because… you know… rufenmeans call and an means phone.

Wait a minute, I’m pretty sure there is no f’in logic… oh… oh… I got it.
Seriously though… the reason anrufen ended up the word for calling by phone is that people felt the need for a distinction to normal rufen (which would be just shouting the name) and anhas this notion of addressing someone so anrufen was a good fit.

Besides anrufen, there’s also durchrufen as a colloquial choice for quick calls, and of course we need to mention zurückrufen which is to call back and which works for all kinds of contexts, not just phones.

Now, what would you say… were those all the prefix versions? Of course not. There are more. Because

Wow, that didn’t make ANY sense.
But at least the prefix versions do because they all stay somewhat close to the core idea of rufen.

Aufrufenfor instance. The range of uses might seem pretty broad but essentially it’s always a call to action.

Or take abrufen. The idea here is “calling something off of some sort of a stack or stock”.

Not too crazy, right? I mean.. it’s not like you see abrufen and you immediately know the meaning but when you see it in context you can definitely get the gist of it right away.
In fact, let’s try it. I’ll give you a few more versions in context and you can try and see if you understand of even find a translation. Here you go…

Now, if you didn’t get the all of them or none, don’t worry too much. For me, it might seem super obvious, but that’ because it’s my native language; I can’t really tell how difficult or easy it is for you guys.

Anyway, there’s one more version, we need to talk about. Berufen. By itself, it’s expressed the idea of calling someone up for a job but it’s sounds REALLY formal and pompous.

There’s also a version with a self reference – sich berufen auf – and this basically expresses the idea of giving something as reference to justify what you’re saying or doing. Kind of like to refer to but MUCH more narrow in when it’s actually idiomatic. Unless you’re a lawyer you probably won’t need this word because it sounds super stiff and formal. The word for normal referring the word is sich beziehen.
Now, if the verb is so useless, why are we talking about it? Because of the noun der Beruf. Because that is the German word for job in the sense of profession/occupation. Like… basically, it’s what parents mean with REAL job.
Oh, and while we’re at it… there’s also the noun die Berufung, which is basically what you mean when you tell your parents you NEED to become a singer songwriter. Your calling. It’s also a boring legal term for to appeal but who cares.

Cool.
So that we have a pretty good overview over the prefix versions of rufen, let’s get back to the bare version. Or more precisely to the bare noun der Ruf.

Yes, of course a Ruf can be a literal shouted call, but what makes it useful is its other meaning. Attention ,time travel in three, two, one…. frrrrruuuuuiiiiippppp. A sunny day in medieval village, everyone is doing their village stuff when a figure emerges from between the trees, clad in white armor, on a white horse.
“OMG… it’s … it’s the white knight!!!”
“I heard he once slew a dragon with one strike.”
“And he’s the most handsome, they say!”
“And his sword is so long.”
Such is what shouted the villagers as they gathered to welcome the guest.
Now, do you have an idea what I’m going for? No? Well, I’ll give you a hint: The knight has never been to that village before so what all the villagers are saying and shouting is what they’ve heard about him. Or in one word… his reputation.
Ruf is the German word for reputation. What people “call” you.

And our little trip to the medieval village actually also helps us with another very useful word. You see, the fact that all the villagers had heard about the white knight means that he is famous. And do you know what the German word for that is? It’s berühmt. And do you know what the noun for that is? It’s der Ruhm. And I think you know where this is going :). Der Ruhmand berühmt are direct relatives of rufen and they’re based on the idea that people call you something.

By the way, the word fame goes back to the Indo-European root *bha. This root meant something like to speak, to tell and it’s the origin for a whole lot of words including aphasia, ban or … drumroll… phone. Tadah. Full circle :)
Here’s the link to Etymonline if you want to dig deeper into the root:

The origin of “fame” an “phone”

And that’s it for today. This was our look at the meaning of rufen and it’s related words. As always, if you have any questions or suggestions you can call me on my cellphone… wait, no, you can leave me a comment :).
I hope you enjoyed it and learned something. And as a little desert, here’s a pretty berühmt and fun song by a berühmten German chansonier, Max Raabe, about how no one is ever calling him. Viel Spass und schöne Woche

aufrufen (zu) – call up (waiting rooms), call upon to do something, also in tech for calling functions
derAufruf – sort of a call to action
abrufen – call from some sort of stack or stock (performance, data, reserves)

ausrufen – exclaim, declare (rare, context of declaring to the public)
das Ausrufezeichen – the exclamation mark
widerrufen – recant, cancel (very common for contracts)
hervorrufen – to cause (“call into the world”)

This entry was posted in B-Level, Must have words, Verbs, Vocabulary. Bookmark the permalink.
Subscribe
68 Comments
Oldest
Newest
Inline Feedbacks
View all comments