Word of the Day – “peinlich”

A fun look at the meaning of "peinlich", how to say that you're embarrassed in German and some more words like shame or disgrace :). 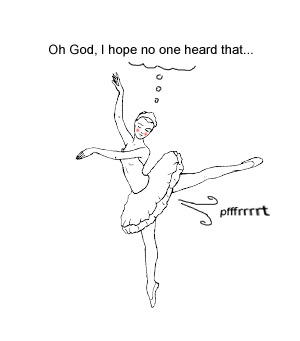 and welcome to our German word of the Day. This time, we will talk about … my pee stain.
I was in a café, a very crowded café I should say, and I had to go to the bathroom. And as the guys among you know… sometimes a few drops come out late, no matter how thorough you are. That’s what happened to me that day. And as I washing my hands (like real gentlemen do),  it formed. A pee stain. Roughly the shape of Australia. Eight inches in diame… okay, okay, I’ll stop. Of course, we’re not gonna talk about that pee stain. There never was such a pee stain to begin with. The reason I made it up is that it has a lot to do with the word we’ll look at today:

And  peinlich does have a lot to do with pee stains because peinlich means embarrassing.
Why it means that, and why the translation is not always straight forward, that’s what we’ll look at today.
So let’s jump right in…

The origin of peinlich is the Latin word pena. The original sense of that was about punishment, retribution. A sense that we can still see in the word penalty. But because things were generally a bit rougher back then, it is no wonder that pena broadened to include the ideas torment, suffering and eventually made its way into several European languages as the general word for pain.
The German tribes liked their own word for pain better: der Schmerz. And I kind of get it. I mean… Schmerz does sound like someone twisting the skin on your arm.

But German does have an offspring of the Latin pena, as well: the noun die Pein. It means something like torment, agony but it’s pretty rare nowadays and you rarely hear it in daily life.
Except as a part of the German word for embarrassing: peinlich. Originally, it meant something like painful and this is actually still kind of visible in the phrasing peinlich genau. Which is about being so precise, it hurts.

But the idea of embarrassing isn’t all that far either. Walking out of the bathroom into a crowded café with a six inch pee stain does kind of hurt. I mean… I think. I’ve never experienced it.
Anyway, examples.

And if we want to add the person for whom something is embarrassing, you can do that with the Dative case.

Now, even though they’re overall pretty good translations for each other, there’s a couple of things we need to note.
For one thing, at least to me peinlich is a little less grave than embarrassing. Like… a drunk prime minister urinating on the flag of his own country would be too big an embarrassment to be called peinlich. There, beschämend is probably the better translation.

But the more important difference has to do with the related words. We’ve already seen the origin of peinlich and the only relatives,  Pein and the noun die Peinlichkeit, are pretty rare.
Embarrassing on the other hand comes from the verb to embarrass, which is not rare at all, and neither is the form embarrassed. The origin of the verb is a combination of the prefix en- and a Latin word -barra which was about barring something, just in case you’re interested.
Anyway, the thing that’s a bit tricky is that those rarely translate to something involving peinlich.

Now you’re probably like “Oh my God, so many options. How am I supposed to memorize that.”
And you’re right to be worried because mixing those up is incredibly peinlich. Everybody will laugh.
The good news is, though, that you can avoid it. All you have to do is to make sure you have a big pee stain on your pants. That’s an ancient technique called pisstraction, and it’s from the book the Art of Warhol by Macchiavelli.
“Emanuel… does the fact that you’re talking nonsense mean that we’re done for the day? Because then we’d leave. We have stuff to do, you know.”
Well, you got me there. We’re pretty much done :).
Just to make sure though… of course it is NO problem if you don’t have the right translation for a given context. The ones I gave you weren’t even all there are. All that matters is that you remember that peinlich does NOT work as a translation for the entire embarrass-family, but only for embarrassing and cringy.

So, that’s it for today. As always, if you have any questions or suggestions or if you want to share a peinliche situation from your life in German, just leave me a comment.
I hope you liked it and see you next time.

die Schande, the disgrace – strong embarrassment (causing the feeling)
die Verlegenheit – a feeling of light embarrassment
bloßstellen – expose;embarrass
sich blamieren – to embarrass oneself
sich zum Affen machen – to make a fool of oneself