The meaning of “der Zweifel”

A fun look at "Zweifel" and what the number two has to do with "doubt". Also, we'll learn about how to properly doubt something and how to despair in German :) 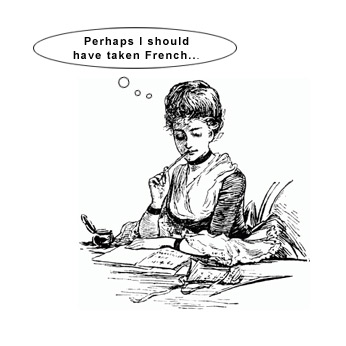 and welcome to our German Word of the Day, number 140… or uhm.. something. Not sure actually. I just know it’s not enough. Not even close. We need more words. Moooooore. We need to be like word eating zombies. Woooords. Oh, there’s one. Let’s eat

Der Zweifel means the doubt. And clearly the two words aren’t related.
Or are they?
Dun dun dunnnn
They aren’t, Emanuel was sure of it. Two words that don’t even share a single letter just can’t be related. And yet, there was this weird feeling in his gut. A feeling he knew all too well. A feeling that had never wronged him. There was no doubt, he had to take a dump. And so there he sat in the Chamber of Tiled Walls, his mind wandering. “Zweifel. Zwei-fel. Zwei… oh my god!” Such were his thoughts. Luckily, the etymological dictionary was there, conveniently placed next to the toilet, for, as so many others, he liked to ingest while eges… gee, what am I blabbering. I’m sorry. So… the word Zweifel directly comes from the word zwei .
And that does make sense. For example… you’re a little hungry so you go to a Souperia . If they only have one soup that sounds good, then you’re fine. You’ll just take that one. But if they have  two soups that sound tasty, then you’ll always have doubt as to whether you picked the right one. So choice between zwei (two) soups kind of leads to Zweifel (doubt)  because y… wait, wait, wait …. hold on  a minute. Doubt. Doub-t. Doub… double … duo… two…. Wow!
I don’t know… I guess, some of you saw that coming from a mile away but to me it was one of these little “Ohhhhhh”-moments when I realized that doubt also comes from the number 2. It looks completely different to Zweifel but the underlying idea is exactly the same… from two comes the idea of choice and from choice comes the idea of hesitation and doubt… or Zweifel.
Now, what about the -fel in Zweifel? Well, this is related to the fold-family so Zweifel literally once meant two-fold. And in fact it was first used as an adjective. It meant that something has two sides and from there it went on to being… well… dubious or doubt-inspiring. But then people started using it as a noun and they invented a new word for the adjective.
Example time:

As for the opposite, the “doubt-freeness”, there are actually several options. Zweifelsfrei is the least unlimited one … uhm…  and it’s mostly used in combination with

. The other options are broader and for the most part they’re  interchangeable.

Undoubtedly a really boring example :).
Seriously though, I checked Google N-Gram and zweifellos is by faaaaaar the most common one. But it’s on the decline. And actually, this graph is kind of fascinating so here it is:

What I find interesting about that is that people in the first half of the 19th century (and before) were apparently  much more certain about their statements. Or they wanted to make the readers think they were by peppering their writing with “zweifellos”. It’s a bit manipulative. I mean, if you’re a student and your professor tells you that something and says there’s no doubt about it, you’d be less likely to ask questions. Same thing for journalists. or politicians. I’ve checked up on undoubtedly and there’s a similar decline.  So maybe this overall decline in the use of “no doubt”-words is an indicator that people are becoming a little “reflected”. But it’s just a theory, maybe it’s only a coincidence.
Anyways… enough with that stuff. Time to get to the meat. And that will be served with an entree of but.

Here it comes: the basic verb is zweifeln and it means to doubt.
BUT!
The grammar of the two verbs is rather different. Doubting can be done to stuff directly.

It’s understandable but it is a pretty huge, bad sounding mistake. Zweifeln alone is really just sitting there, being doubtful.Which is what I did, when I found out that there are T-Shirts with this use of to doubt... for dogs.
Here!

I really do.
But anyways, if you want to name a target for your doubting in German, you need a preposition… an.

And, if we want to connect an activity, we should use the respective da-word.

Now you’re probably like “Man, German is soooo annoying with its prepositions and da-words”.
But the good news is that a preposition is not the only way to give your doubting a direction. We can also harness the incredible power of prefixes, namely be-.
It does what it always does, and that’s exactly what we need here. Bezweifeln means “to inflict doubt on something”.

Bezweifeln is a bit stronger than zweifeln an and I think it’s a bit closer to to doubt, actually.

while the second one really is

Bezweifeln doesn’t work for people though.

Bezweifeln would sounds like I doubt that my boss exists, here.
Anyway, bezweifeln is not the only prefix-verb (of course). Behold: anzweifeln.

Because two verbs that mean to doubt are not enough.
The difference between anzweifeln and the other two is that anzweifeln is not really full force. The an has the same vibe like the one in anfangen (to begin) here. So when you anzweifeln, you’re just starting to doubt something, you’re raising doubt. A bit like second guessing, maybe. Like…
“Wait a second… you’re saying you’re late because you had to bring Thomas home because he was so drunk?!?! That doesn’t sound like the Thomas I know. ”
That is anzweifeln. The line to zweifeln an is actually super-blurry but grammatically, they’re different and anzweifeln works like bezweifeln.

When the an is a prefix at the end, then “story” is in the accusative, when the an is used a preposition it takes the dative. Man, even writing such a sentence makes tired. I can’t imagine how it must be to learn that stuff.
And that brings us right to the last verb for today… verzweifeln.
Verzweifeln means to despair and there are actually two of the four possible idea of the ver-prefix that makes sense here… away and change.
Here’s roughly how it works:  you have a doubt about something. Then you have some more doubts about, and then some more. Then you also have some doubts about something else, and some more doubts about that. And then some extra doubt about a third thing, some general doubt and a doubt-cherry on top. You’re buried under a pile of doubt. You’re just one big doubt yourself. Either way, you don’t know what to do, you don’t see a way out. And so you lose hope … which is where verzweifeln directly meets to despair. Because  spair  comes from the old Latin word for…  hope. In Spanish for instance, to hope means esperar. So to despair means you’re loosing hope because you don’t see a way out.  Verzweifeln  comes from the other side and literally means you doubt so much that you don’t see a way out. And then you loose hope. Different approaches, same result, same meaning.

The related words are probably more important than the verb itself … Verzweiflung and verzweifelt.

Oh, there were three vers in the last example.How neat :). Aren’t German prefixes just awesome. Someone should write a book about them. The good news is:
We are. I mean… we at the German is Easy radio station. A book with explanations and also small dictionary. And the best news is that the release date is December 20th. I have my doubts about that though. You know, our interns here are a super lazy. Just leeching coffee all day.  I probably should drop by their office and bitch at them right now. Or maybe I could ask Steve to mix some Adderall powder into our coffee-vending machine. That should have ’em focused all right. But I doubt he’d do it. He’s too soft on them, you know. There… just now, one of them is waltzing by the studio window as if he’s  Captain Stroll. So lazy… it’s incredible. Back in my day, interns used to be mo… but anyway… I… I  think  we’re done for today.

This was our German Word of the Day der Zweifel. It means doubt and the core of both words is the idea of duality. And choice can lead to doubt because the grass is always greener when you smoke i… wait, I bezweifle that that’s how it goes. Anyway, if you have Zweifel about some of the words we’ve learned today, or if you want to try some examples or if you’re just super-verzeweifelt about German and need to vent just leave a comment.
I hope you liked it and  schöne Woche :)