Word of the Day – “die Zukunft”

A fun look at the meaning of the German words for future, what "Zukunft" has to do with "kommen" and what other cool useful words with "-kunft" there are. 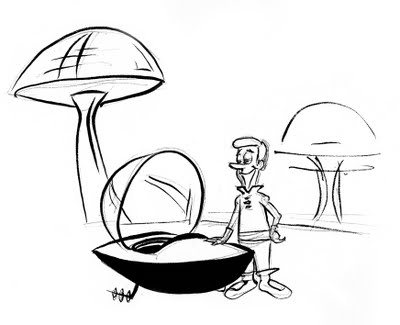 and welcome to our German Word of the Day. This time we will have a quick look at the meaning of:

Die Zukunft is the German word for the future and that’s definitely something to talk about. Like…. there’s been quite some hype about it, nicely captured by this quote from a BuzzFeed article…

… and while Present is still around and accepted, Past is totally last season.  Today, designers all around the world agree that Future is up and coming and will be the next big thing.

But we’ll start with the word future itself.
You see, in English, there are all kinds of tenses or modes….

And as you can see, most of them are expressed by combining forms of verbs.
Well, Latin had the same tenses and modes – more even. But in Latin, each of these had its own form of the verb. So in Latin it was more like this :

And the Latin word futurus is actually one of those forms – the so called suppletive future participle – of the verb esse which simply meant: to be.
And yes… it’s quite a crazy form. But those of you who speak Spanish might recognize it.
Anyway, so the word future originally was just a future form of the Latin verb for to be.

And the German Zukunft is actually also a form of to be.
Nah… okay, I’m kidding.
But it is indeed a form of a verb. So are you ready for a nice little reveal?

So the word Zukunft means nothing other than:  the “to come”.
Hehe.. so obvious and yet so hidden :).
And there’s more.
Kunft isn’t used as a standalone anymore, but it is part of a number of really nice compound nouns.
If you have ever been on a train station or an airport in Germany you have certainly seen Ankunft (arrival).
Well… it’s the noun for ankommen, which means to arrive. Wow, things make sense :).
Another nice one is die Auskunft. Auskunft is basically a bit of  information someone gives you but a while back it had a more general sense of the result or the yield – or in verb terms, that which comes out.

Of course, we can also not forget the German word for origin, die Herkunft. That makes perfect sense now as well. All we need is this sentence :)

And there is the word Unterkunft which is basically a place to stay … like a hostel or a hut or a friends couch. And it comes from unterkommen as in “come under (some roof maybe)”.

I’ll just list the others here with translations and leave it up to you to draw the connection…some are obvious, some are really not making much sense:

Cool.
But now let’s get back to our “to come”,  die Zukunft,  and look at a few examples for that.
First, let’s compare in der Zukunft and in Zukunft. Both could be translated as in the future but they have slightly different meanings. In Zukunft basically starts now while in der Zukunft really means in the future as in “when cars can fly”.

A third similar looking expression is in Zugluft….

but this has NOTHING to do with Zukunft and uh…. I….I don’t even know why I menti… just forget it. All right.
There is also an adjective for future … no I don’t mean futuristic. That would be just futuristisch. What I mean is zukünftig and it is translated to.. future.

This can be also used as a word for time… then it is just another way to say in the future.

But zukünftig sounds rather formal and I’d say, don’t use it in spoken German. A shortened form of it is künftig, but also this one … well… leave it for the newspapers.
Oh…. speaking of newspapers….there is also a verb … zukunften.

Ok…. this is actually not a real word. But maybe some movie critic or theater critic or book critic has used it in a review in a newspaper somewhere… they do these things a lot in the so called “Feuilleton”. People will definitely understand what you mean by “Es zukunftet“. How can I be so sure? Well, there is a famous Christmas carol in which it says:

And everyone knows this so they know the pattern if you will ….so…. if someone comes up to you with a new phone that has all kinds of cool functions you could just say

They will be sooooo impressed :).

All right. So we’re done here. This was our German word of the Day die Zukunft. It looks weird but it is actually just the old school translation of to come. If you want a mini recap, you can take the little quiz I have prepared. And of course, if you have any questions or suggestions just leave me a comment. I hope you liked it and see you next time.

… oh…. you’re still here… What?… Oh… ohhhh, you want to know how to use and build the German future tense?
Well…. don’t bother. We really honestly almost never use it. No future… we’re all punks.