Word of the Day – “überhaupt”

A fun look at the meaning of "überhaupt" - one of the German options for "at all". We'll learn how to use it and why it means what it means. 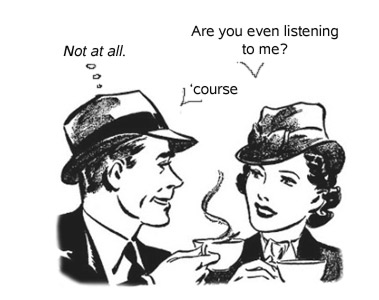 and welcome to our German Word of the Day. And it’s time for another one fo those words that people use every day but that are kind of below the radar when it comes to learning vocab. Today we’ll look at the meaning of

Überhaupt consists of the two parts über and Haupt. Über is a preposition and for those little fellows there is never THE ONE translation… but über is quite consistent as it means over most of the time.
Not always!!!
Just making sure :).
Now let’s take a second or two to look at Haupt.

I think the one word with Haupt that most of you know is Hauptstadt which means capital. That makes sense because Haupt and capital are related.
The original meaning of Haupt however is head. That makes sense because they are related. And there are other wor… Wait what?
Haupt is related to capital AND head. That means that capital is related to head????
That’s … uhm… unexpected. But then again, there is per capita income meaning per person income and the old Germanic keyboard has c and h right next to each other and they barely had spell checking… except for some shamans, maybe.
Get it? Spell like magica… oh gee, you guys are soo serious all the time. So yeah, head, capital and Haupt are all related. And there are other words in that family. For instance to capture and capable. And there is cup. And.. uh… Kopf, which means head, too. Oh and to have. Uhm…. yeah… let me get this straight… to have, head, capital and cup are related??? What the kopf?
But as crazy as it sounds… it is true. All those words come from the mega ancient Indo-European root *kap– which expressed the idea of to grasp and hold. If you have something you kind of hold it, and of course a cup holds its content. And that’s also how the word head or Haupt connects. The skull looks like an empty bowl. That’s it. The Indo-Europeans were quite practical people. All the abstract ideas of thought and understanding came in later.
But enough with the history … let’s get back to the present.

For a long time, the word Haupt was the main word for a the head of a human or an animal. But then came the upstart Kopf. The two butt their heads together … and of course Kopf won. I mean… Kopf! That sounds like solid wood. You can still see Haupt as head here and there, but the main meaning today is the more abstract idea of main… as you can see in many many compounds like Hauptstrasse (main street), Häuptling (chieftain) , Hauptsache (main thing), Staatsoberhaupt (head of state) and so on. By the way… that brings us right to our give-away for today. So, there is a verb behaupten in German which means to claim and in reflexive use also to hold one’s ground. Whoever can explain that will win a free tour of our studio for you and 2 friends including a free coffee from our kick ass vending machine*.

*This give away is made possible by:
Budweiser®, because water is life.

All right.
Now let’s get to what we’re actually here for: überhaupt.

That’s what it was used for in the beginning. It meant “the whole herd or flock without counting the individuals“. Now, this is of course incredibly specific but slowly the buying without counting items became the more general buying in general or in other words.. buying at all.

And when you think about it, at all and as a whole are not that far apart, just based on the words. Eventually, überhaupt took on this idea of “in general/without looking at specifics“entirely and this is the meaning it still has today.. asking about the general reality… or better a basic reality.. I don’t know how to put it into words.

What the überhaupt adds in those examples is a notion of disbelieve.Without it it’s just a question, with it it sounds like you kind of find “no” as an answer more likely. In this example you have been discussing a certain film with a friend and slowly it dawns on you that he or she hasn’t even seen it.

Those are two other examples and it also works for these kind of rethora… rectori… ra… erm…. you know what, I hate Latin.

That’s what I said to the new receptionist we have here at the studio but what I was actually saying was “I’m the host around here and you had better know my face you dumb hussy.”… oh … and uhm… by “I” I mean a completely fictional character… an asshole really…
Anyway… all those examples were yes or no questions… like “Can you?” or “Do you?”. But überhaupt also works with question-word questions … like where? or what? Why am I mentioning that? Because the at all translation doesn’t… at least not very smoothly

So.. what does überhaupt do in those sentences? A very good translation is actually anyway… not always of course but for this particular anyway.


I hope you can see that is doing exactly the same as before… asking for a basic reality. Like… before doing the whole “I didn’t” “Yes you did” game you’d rather find out how solid the accusations are.
Here’s another example

I think that one already shows that there’s also a bit of by the way in it.

This question could be asked for example after a person has been talking about how amazing Paris is and how often he or she visits. And the underlying idea is the same as before… asking for a basic reality. Like… all those cool stories about Paris aside… when were you there the first time.. what?
So the translations for überhaupt are very different but the underlying idea is the same. I really can’t find a catchy phrasing for it so I’ll stick with basic reality.
Now… all our examples were questions. But when it comes to statements, this überhaupt behaves very much like at all… it doesn’t work for just plain and simple positive statements.

These two sentences really mean nothing. But at all does work for sentences that introduce a condition and as does überhaupt.

The second kind of statements überhaupt works in are sentences with a negative in them. And just like at all, it acts as an intensifier…

And of course you can combine it with gar to make it even more intenserer.

And it doesn’t stop there. You can add really and more if you want to. But that might not have the desired effect…

Yeah right. I get it. You have the hots for her :). Less is more in that case.
Now, why is überhaupt used to intensify a negative to begin with? It is simply the idea of “in general“.

You’re saying that you don’t speak any Chinese whatsoever. No need to be specific about what you I can and can’t do. No need to count items.. in a way. And a denial on the most general level possible is always denying “more” than if you deny specific aspects.
All right. One last thing about this intensifying überhaupt…. sometimes it shifts a bit… or better… it takes on the notion of a surprising reveal. That is the case if you surprise someone with the negative.. like… someone keeps talking to about Chinese and how he’s better than you and learns faster and how his course kicks your courses ass all the while you just sit there and listen to the other person boasting until at one point you say

This isn’t intensifying .. or maybe it is. But not the not but rather how wrong the other persons assumptions were (ops, that was a twisted sentence :) Anyway, you can do that with gar too and in these cases it doesn’t feel like at all but more like an ironically casual actually …

don’t know if that’s true though.
All right. So far we have überhaupt in two roles – it can mean at all in questions and if-scenarios and in negations it can be used as an intensifier. And both are based on the general idea of “not looking at specifics”. But “Aller guten Dinge sind 3” as we say in German, so there is a third usage for überhaupt… and that is maybe the closest one to the origins of the word.
Often in combination with und, überhaupt can be used as a stand alone or as part of the sentence that means something like…. “from a general perspective”… people often use it if they run out of arguments so the say it to focus on the “general reality”

But it is not limited to complaining :)

And that’s it.
That was our German Word of the Day überhaupt. It is a tricky word because there is not THE translation. Sometimes there isn’t even A translation. The core idea is something along the lines of “without looking at specifics” or “tell me about the basic reality” … it’s really hard to express.

The word works with in bunch of different constructions: it can be at all in yes or no-questions, if-sentences and sentences with a not in them, it can work as anyway or by the way in w-questions, it is an intensifier in sentences with not in them and last but not least it can act as word that (re)focuses on the general situation… or was resituates the general focus. The only situation in which it doesn’t make any sense are normal, positive sentences. But even without that… all those other überhaupts are used on a daily basis that is quite an achievement for a word that used to be a very specific term for trading lifestock. Only a few other words have made such a career, wenn überhaupt (if any at all). On the other hand.. it comes from a very influential family, so that might have helped.

If you still feel a bit like … “Huh?”, that’s my fault. I tried my best but it is a tough word to start using. I really hope you got the gist of it though and that you can understand it when you hear it in context. And as alway if there are things you have überhaupt not understood or, überhaupt, if you have questions and suggestions just leave me a comment.
I hope you liked it and see you next time.

This entry was posted in B-Level, German Particles, Must have words, Small Words, Vocabulary, What is the Difference. Bookmark the permalink.
Subscribe
56 Comments
Newest
Oldest
Inline Feedbacks
View all comments