A quick look at the meaning of "sparen", what it has to do with German culture, and the various ways to translate "to spare". 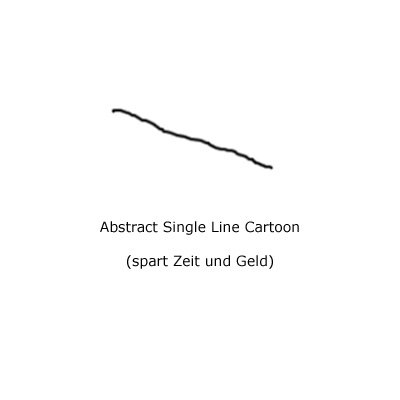 and welcome to our German Word of the Day. This time, we’ll take a look at something that Germans really love.
Which one of these three do you think it is:

The answer is of course, that Germans love all these three things equally.
But today, we’ll look at the meaning of


Sparen is the German brother of English to spare and the two do share a core idea, which is pretty well captured by the phrase to not touch.
But the two verbs have different takes on it, and as a result, they’re not really translations. I mean, sometimes they are, but just as often they’re not.
So let’s take a look.

As per usual, I told my interns to do some research into the history of the word.
But instead of a nice, concise overview, I got an email back with this:

Like… what does that even mean?
Anyway, I did my own research of course, but the origin is pretty confusing and it’s not really that revealing anyway. So let’s focus on the meanings first and then maybe have origin as a nice, dry dessert :).

As I said in the intro, the core idea is to not touch. And German sparen has basically modified that into not using resources, not spending. Or in one word … to save.

Saving money… that way of saying it is actually kind of cute, when you think about it. Like, your money is like “Oh no, please, I don’t want to go to Jeff Bezos.” and you are like:
“I’m sorry, money. I’m sorry I can’t save all of you. But I can save SOME of you!”
as you heroically click on “sort by price”.
But anyway, so sparen is THE word for saving resources like money, water or energy.
And there are lots of related words that revolve around that idea…

Not sure if the last one is absolutely true, but German households do sparen like crazy. So much so, that I think it’s fair to say it is part of the German culture. Germans don’t like debt, mistrust the stock market and tend to have cash hidden somewhere. We’re really really old school there.

Cool.
So I think the meaning of sparen is pretty clear. But there is also a version with a self refrence, sich sparen. And that has a slightly different focus.

Let’s look at an example. Thomas came home really late recently, which led to a heated argument with Maria. And just in case you’re wondering… I know that because I am wire-tapping their home, of course, and I do that because there are always great examples to be found.

It looks very similar to what we’ve seen so far, but the focus is slightly different. Maria doesn’t want to help Thomas conserve his precious stack of excuses. She tells him not to bother. And that’s the core idea of sich sparen. People use it in the sense of not “touching” some sort of hassle.
Let’s look at some examples. And just for the protocol… it is a Dative self reference :)

Especially the last one… “Das hätte ich mir sparen können!” is SUPER common and I really recommend adding it as a phrase to your active vocabulary.
Now, you probably noticed that I used to spare as a translation here. This whole idea of “not touching ” in the sense of not harming, avoiding trouble is actually the core idea of to spare, and that’s why it can occasionally work as a translation.
But the differences between German sparen and to spare are too big to really call them translations.

First of, in English you can spare someone something, meaning you don’t “expose” them to it. That does NOT work with sparen.
If you want to do that, you need ersparen.
Let’s go back to the argument between Maria and Thomas again…

There’s actually another option for sparing someone something: the verb verschonen mit.


And the good thing about this one is that it’s also a translation for the “bare” to spare, in the sense of not touching, harming.

These would absolutely NOT work with sparen or ersparen, and it would sound so confusing that I’m not even sure a native speaker would understand.
Cool.
Now, besides the verb to spare there’s also the adjective spare. Like… a spare pair of glasses or some spare time. The meaning ties in with the core theme of not touched, not used, and the translation … really depends on context. It can be frei (free) or übrig (left) or extra (extra)… but it’s NOT gonna be anything with sparen.

Oh and now looking at this adjective, I realized there was another use for the verb to spare.

Again, the core theme of “not touch” fits perfectly, but focus here is on sharing the item, not keeping it.
And again… the translation is NOT going to be anything with sparen. Teilen (to share) is an option, or abgeben (give away) but at least in casual contexts, people would probably use zuviel. At least in this example.

Now, this was quite a bit of information, and honestly… you don’t really have to remember all of that. What you should take with you is the meaning of sparen, sich sparen and ersparen that it’s usually NOT a good translation for to spare, even though the verbs seem to have the same core idea.

And I think that’s it for t… what… oh… you want the origin?
Right, I completely forgot about that.
So yeah…. because my interns are feeling tough in home-office, I did some digging myself and it was kind of confusing.
On the one side, sources mention an unsettlingly ancient Indo-European root *sphē-, which expressed an idea of growth, fattening and success, all captured in another famous offspring of the root: the Latin based to prosper. That makes sense because if you “don’t touch/harm/use” something, it can prosper.
But then, they also mention the old Germanic root *spara- as the more direct ancestor and that meant something like scarce, frugal, sparingly. And that makes sense too. If resources are scarce, you need to sparen.
But I really couldn’t fathom how these two notions connect. The best I could find was that the notion of growth has shifted toward spreading and from there it went to spreading thin. Makes some kind of sense but it’s quite a bit of mind bending, no doubt.
But as I said, it’s not really that helpful. I really only mentioned the origin because I was kind of surprised that there was a connection to to prosper and I kind of wanted to share that little reveal.

Anyway, I think that’s it for today. This was our look at the meaning of sparen and its English brother to spare. As always, if you want to recap and check how much you remember, just take the little quiz I have prepared for you.
And of course, if you have any questions or thoughts or additions about this, just leave me a comment.
I hope you liked it and see you next time.

This entry was posted in B-Level, Must have words. Bookmark the permalink.
Subscribe
84 Comments
Newest
Oldest
Inline Feedbacks
View all comments