Word of the Day – “einfallen”

Taken literally, "einfallen" means "to fall into". But the meaning that makes it one of the most useful German verbs is a little more abstract ;) 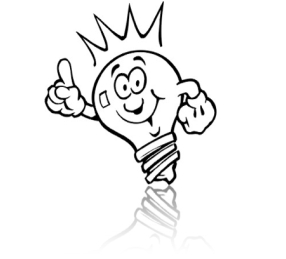 and welcome to our German word of the day. This time we will have a look at the meanings of the widespread word:

Wait… widespread might not be the best wording these days.
Seriously, though, einfallen is super useful and an absolute must-have.
It consists of the base verb fallen, which translates to to fall, and the prefix ein, which carries the idea of inward.
Why it’s ein and not in, you ask?
That’s a great question, and I’m sure German has a good answer for it. Come on German, tell us!
“I don’t know… I was bored, I guess.”
Great, thanks. Very helpful.
“Was that sacra…”
Shut up, German. I’m trying to explain you.
So…going by its parts, einfallen means something like falling into, falling inward. But looking at the following example, there seems to be no connection….

Seems completely random, right? But it’s actually not that strange if you rephrase it to come to one’s mind.

The only diffence here is actually that in English, the though or idea comes to you, while in German it “falls into you“.
And that can be a new idea…

… or something that you already knew but you kind of forgot. Which is why einfallen is also often used in the sense of remembering.

Now some of you might be wondering if there’s a difference to sich erinnern, which also means to remember. And the image of a thought “falling” into our head is actually great help here. Because einfallen is for quick, short “thoughts” that come to you. You wouldn’t use einfallen in a sense of remembering the good old days. You know… when we’d still go to school and work and hang out in the park.
Oh man, I hope this will be totally not relevant if people read this in a year :).
Anyway, so einfallen is short and snappy. Sich erinnern on the other hand has a bit of a slower vibe. Like… you sit somewhere and you reminisce. Okay, maybe not that extreme.
Now, I think the meaning of einfallen is pretty clear, but I feel like we should address the grammar a little. Because it’s just kind of an unusual way of phrasing things.

In German, the thought is the subject of the sentence, and Iam the “receiver” of it. That’s nothing crazy but what might throw you of, is that Germans often start with the person having the thought.

This phrasing is suuuuuper common in German, and I think you all understand this on a theoretical level, but it’ll take some getting used to in practice.
We’ll do a couple of questions about this in the quiz at the end, but there are a few other things we need to talk about still.

First up, let’s mention the side meaning of einfallen, which is to invade. Makes sense if you think of a horde of Vikings “falling into” a village. Luckily, Vikings are now Scandinavians and the only thing they threaten the world with is by making other countries feel bad about themselves by comparison. But you might still hear einfallen here and there…

And this example brings us right over to our next point: the past. You might have noticed it already, but I want to mention it explicitely… einfallen builds its spoken past with sein.

And this makes sense, actually, because fallen is clearly a movement from A to B and that just carried over into the abstract sense.
Next up, let’s also give a shout out to the related words, namely the noun der Einfall, which is an idea. German also has the word die Idee, though, so you might not see the noun by itself very often. But the adjectives einfallslos and einfallsreich are pretty useful.

And last but not least, we get to the infamous r-version.

If you’ve read a few of my articles on prefix verbs, you probably know the r-version. Many prefix verbs have it and usually, its meaning is the “literal” sense of the combination of verb an prefix. So for reinfallen that would be “to fall into”. And indeed, it can be used that way.

But reinfallen is also used in a more figurative sense of falling of falling into some kind of trap – be it a prank or just a macho.

And finally, there’s the noun der Reinfall, which is a colloquial word for fail or disappointment, usually in context of events.

And I think that’s it for today :). Yeay.
This was our look at the meaning of einfallen, a word that you should definitely add to your active vocabulary because it’s really really common.
If you want to check how much you remember, you can take the little quiz I have prepared for you.
And of course if you have any questions or suggestions, just leave me a comment. Hope you enjoyed it and see you next time.