A fun look at the meaning of "dauern" and how to use it as a translation for "to take time" . Also: some cardio. Condolences :). 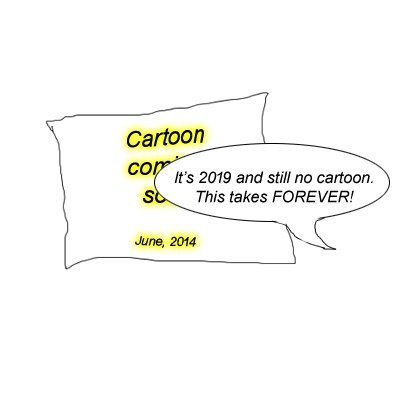 And although dauern doesn’t really have a direct one word counterpart in English, explaining it… ahem… won’t take long. Because… that’s basically what it is… to take in the sense of taking an amount of time.
But of course there’s a little more to say about it than that, so let’s jump right in :).

Now, the Germanic tribes had their own word for the concept of taking an amount of time: the ancestors of the verb währen. Which is still very much around in German. The verb itself is still around in some fixed expressions…

… but what’s REALLY common is the word während, which is German for during and while.

But also the Latin durare made its way into German and English. In English, we see it words like during, endure or duration.
And just as a side note (nerd on) have you noticed that während and during are literally the same form? The present participle? Like… during the day originally meant “lasting/taking the day“.
Anyway (nerd off)… the Germans added an a to it because they felt like it had too many “r” sounds (yeah, suuuuuure) and they liked dauern so much that left währen aside and made dauern their new number one word for to take an amount of time.
Time for examples :)

Seems like taking amount of time as a translation works pretty well, but there a really big difference.

In English you can easily add a person to the whole thing by saying “it takes someone [amount of time]“. Makes sense to add that information but from a grammar point of view it is kind of a strange phrasing. Or maybe it just feels strange to me.
Either way, it does NOT work in German. You have to use brauchen (to need) in these sentences.

Using dauern in the second example is so weird, there is a good chance that they won’t even be able to guess what you’re trying to say.

And there’s a variation of that pitfall, actually. Dauern also DOESN’T work for the phrasing:

In German, you’d rephrase that to “It takes 10 minutes to…”

And then there’s a third mistake with using dauern that I also hear quite often. And that is about people using dauern as a translation for to last.
It CAN be translation, but the focus of to last is the idea of just being there over time, which the idea of dauern is CONSUMING time.

In the first one, the presentation is taking up everyone’s time. The focus is consumption. So here, dauern works perfectly. In the second example, the focus is NOT on taking up time. It’s about just being there. And using dauern here would be really weird. Like… a building can last for centuries but it cannot dauern for centuries.
So I think the best and most precise translation for dauern is the phrase “to take up time”.

All right.
So now we have a pretty good idea what dauern is and how to use it.
But there’s not only the verb. There are also quite a few really cool related words to discover. And some of them don’t seem to fit in. So let’s take a look.

First up, we have dauernd and it’s brother andauernd. Both words mean about the same and their translation, at least to me, is a slightly negative sounding casual all the time…. in sense of not literally all the time but a lot and reoccurring.

A similar word is dauerhaft but this carries no negative overtones and the meaning is more like lasting or there to last (dict.cc has like 20 translations for it). But it’s more for the newspapers and you will understand it when you see it so we’ll skip the examples.

Another really really useful word is die Ausdauer. It can mean endurance or stamina, in a fitness context it also means cardio. But it is not limited to the physical so it can also be perseverance or similar words.

And of course, there are also prefix version.
For instance andauern and überdauern. And do you remember how dauern by itself wasn’t a translation for the idea of just being there over time? Well, these two are about that very idea.
Überdauern means to outlast or outlive.

Andauern can have various translations, depending on context (continue, last, hold up, stand or linger). But that makes it sound like it’s really common, which it actually isn’t. It’s enough if you keep it in your passive vocabulary, but you won’t need to use it actively. So I’ll skip the examples for this one because there’s a much much more useful one waiting for us.

I am talking about bedauern. And bedauern is the (soft) German version for to regret or to be sorry for. It often sounds slightly formal and it is not as strong and “personal” as bereuen, but still you’ll probably hear it in everyday life.

And now the big question is of course: how?
How does this meaning of bedauern tie in with the core idea of lasting?
And the answer is: it doesn’t.
Bedauern is actually related to teuer (expensive) and has nothing to do with the lasting.
And making a connection between expensive and regret is not that hard. I just need to look at my new yacht for instance. So much money and it’s not even that big. I should have gotten the kebab instead. It was either the yacht, or the kebab. Well, I’ll never listen to you again, whispering unicorn of spending.
Anyway, things are getting weird fast and reading this post has gedauert long enough. Time to wrap this up :).
This was our little look at the meaning of dauern.
As always, if you want to check how much you understood you can take the little quiz we have prepared for you.
Well… we will have prepared. It’ll take a little while longer, but it’ll come.
And of course if you have any questions or suggestions just leave me a comment.
I hope you liked it and see you next time.

dauernd/andauernd – incessantly, continuously, all the time (often with a slightly negative tone)

This entry was posted in A-Level, Must have words, Verbs, Vocabulary. Bookmark the permalink.
Subscribe
36 Comments
Newest
Oldest
Inline Feedbacks
View all comments