'folgen' means 'to follow', but there's much more it than that. Today, we'll explore the family and find a surprising connection to English. 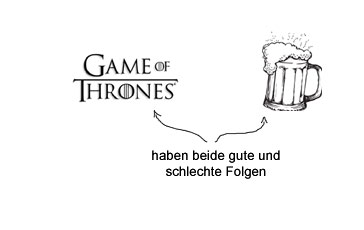 and welcome to our German Word of the Day. This time with a look at the meaning of

Now you’re like “Folgen?! Isn’t that kinda boring?”
But no, quite the opposite: not kinda boring.
Actually, it’s super exciting. We’ll see the full scope of what you can do with the idea of following. And we’ll gain incredible, mind boggling insights into English and Latin, and super useful prefix versions that’ll twist our minds. and see heaps of useful words. And plenty of boring, dry phrasings that can help you give your B1 writing assignment just the bloat it needs.
Pretty cool right?
So follow me into the wonderful world of folgen.

And let’s just get the obvious out of the way and look at a few examples where folgen and follow really line up.

Note that folgen uses a dative (mir, dir) and not accusative (mich, dich), so it’s NOT a direct object as in English. You’re following “to someone” in German. But other than that it’s pretty straight forward.

Now, what’s the core idea of the verbs? You might be like “What a weird question, Emanuel? The core idea of following is following.”
Of course, you’re right.  The idea of following, or in other words, the idea that one thing comes after another thing is a pretty basic concept and as is often the case with basic concepts, it can be molded in many a way. And while English is content having one word for the full range, German is like “I’m gonna need at least half a dozen words to cove…” oh… wait… haha… it’s actually the other way around for once. English uses a variety of words and phrasings to cover all you can do with the idea while German does a lot with folgen.
Let’s look at some common examples.

The last example might seem a bit odd. There, the idea of A comes after B is used in a sense of deduction and logic. So that’s a little bit of mind yoga, I guess. But the others are pretty clear, I think.
However, that’s still not all there is to the idea of following. And to find out what else is there, we’ll now turn toward the noun die Folge.

All these examples were still about the idea of one after another in some way.  But Folge has another BIG meaning. You know what a very basic, well-nigh universal example for one after the other is?
Cause and effect.
First cause, then the effect. It’s a sequence. Effect is a follow-up for cause. And because effect only happened beCAUSE (“be cause”… get it, get it?) of cause, we call it consequence. Sequence, consequence… they sound differently but they’re the same word, just with a prefix.
The origin is the Latin verb sequi and now guess what that meant… to follow. What a coincidence. And there are more words from that origin.  Sequel for instance or the verb pursue (originally: “per-sequi”), which is one of English’s option for the idea of following. Or how about second –  the one that follows in a sequence. Pretty cool, right?
And it gets actually even cooler if we look even further into the past toward the mega ancient Indo-European root *skew. Let me tell ya’, if you’re interested in how and where words got their meaning, this root is proper fapping material. Erm… I mean amazing material. But we’ll get back to that later. Let’s focus back on our topic for now.
So, we’ve seen that the idea of a consequence is kind of a sub-category of the basic idea of following (one thing coming after another thing). And so it’s no wonder that the second meaning of die Folge, which is probably actually the more important one, is consequence. Or result, or ramification or outcome… the translations vary, but the idea is the same.

Cool.
There are a few really common, useful related words so let’s look at some examples for those, too. And there, we see all the related ideas we had: so to follow in a narrow sense, the broader sense of one after another, that logic-deduction stuff and the idea of a consequences. They’re a little tiny bit stiff, but you can still find them in daily speech. And they definitely look really good in writing assignments.

In case you’re now wondering if folglich is an alternative for German also, then you’re right. You could also use German also in the last two examples. And if you’re wondering WHY folglich means that… well, that’s a specific angle of the basic one after another idea of the folgen. You have facts and from them you deduce a new step. A follow up step if you will. We had that earlier already, remember? There was this one example with A and B and the unicorn and nothing made sense. If you don’t remember it, that’s okay. We’ve actually done quite a lot already and concentration is slipping.
We were gonna do the prefix versions next, but they’re really interesting and we’ll spend some time with them, so maybe it’s better to make a break here and continue next time.
Now some of you’re like “Boooooooh, there were times when you would have put this into one article you lazy ass.”
Well, yes, but that doesn’t mean it’s good. Like… what good is it if at the end, everyone is utterly exhausted and has forgotten all of the beginning. With the prefix versions and all, I really think it would be too much for one read, so hence the split. And come on… what could be more fitting for an article on folgen than a Folge 2 :)?

So, if you have any questions abou…. what?… I forgot something? The cool history? Oh yeah, right. Let’s do that real quick.

So, we talked about the origin of sequence and second for a second – the Latin verb sequi which meant to follow –  and I mentioned that the Indo-European root for that would be worth a look, too… yeah, I think that’s how I phrased it. Well, it is actually so cool, polar bears live there.
Badumm tish.
The root that started it all was the Indo-European *sekw-. And the meaning of that root was something all too familiar:  following. Yes, that’s right, it had that notion from the very beginning.
What makes it so freaking cool, are the words that can be traced to that root. The list is actually pretty large, but the coolest ones in my opinion are social, sign, suit.
Yup, all these are most likely related and they grew out of the idea of following. Can you make the connection :)?
Come on, give it a try. If you want, you can share it in the comments and we can talk about it.
Or of course you can just look it up in the etymological dictionary. Here’s a link to it with the entry of all the words related to the root:

The children of the Indo-European root for “to follow“

So, that’s it for today. If you have questions about anything, just leave me a comment. Hope you liked it and I’ll see you next week in Folge 2, with the amazing prefix versions.
Schlöne Tage euch, bis dann :)

folgen – to follow, come after
folgen aus – to result (in sense of thoughts and deductions, NOT actual results)
daraus folgt -from that it follows, this implies that

die Reihenfolge – the order (in sense of sequence)