We'll talk about the pair 'eventuell - eventually' and the pair 'prägnant - pregnant' and see what happened and how to actually translate them. 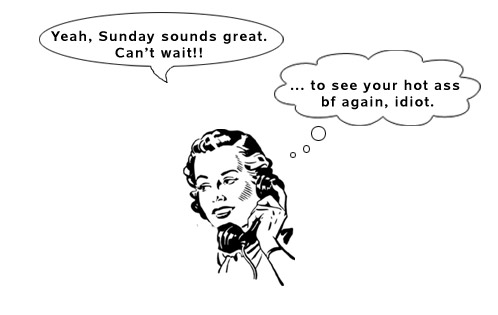 and welcome to a brand new mini series. Or should I say YET another mini series… seriously, I feel like, we got quite a few seriesseses here :).
Anyway, the new one is all about

There are a lot of false friends between German and English and some of them can actually lead to real misunderstandings. So I thought, let’s have a look at some of them every once in a while. But of course we’ll not just check what they mean, what the misunderstanding is and how to avoid it. We’ll also explore WHY they became false friends to begin with – or in other words:

German or English? Who’s the true meaning mangler? Yeah, I hear many are screaming “German”… but who knows. So what do you say… does it sound rad? Great, then let’s roll ;).
And the first pair is…

This is one pair I got wrong for AGES and I was worried that eventually I would never learn it. But I have, because I just used it correc… oh … oh shit. I screwed it up again. It’s that bad.
And what makes this one particularly tricky is the fact that years can go by without anyone noticing that there’s something lost in translation. I would say things like this:

And the other person would be like: “Well, that’s great. I hope I see you tomorrow then.” and we’d walk away not knowing that we just misunderstood each other.
So… what’s the problem? Eventually basically means finally, at long last or sooner or later. It tells us that something WILL happen (or has happened) while at the same time adding the idea of a substantial “waiting period”.
Eventuell on the other hand means maybe, perhaps. It tells us that something MIGHT happen but it is by no means sure of it. And if you’re at a meeting for a difficult project and you try to lift the spirits by saying

… well… that’s not the confidence you need to get promotion.
So… who messed with the meaning? Well, both words are related to the word event. Event comes from the Latin verb evenire which is pretty much to come out (ex + venire) and across all languages that have it an event is something that does happen. Based on that the English eventual(ly) is very logical, right. So did German screw up?
The answer is: no. Both German and English, most likely imported eventual (eventuell) from French. And there the word means pretty much exactly the same as the German eventuell. And in fact also in Spanish and Italian the words mean possibly, maybe. They all go back to a Latin word with the same meaning. And in fact there’s a is a related word for which English has kept the notion of possible.

So technically English is the one to blame for the confusion. But then again… the English meaning makes much more sense and why Latin would give a word that comes from event the meaning maybe remains a mystery.
Cool. Now we’re left with the question what would be a good translation for eventually. But I am afraid there is not a short, pregnant answer for that. There are too many options, sometimes it’s one word, sometimes it’s a phrase, sometimes it’s nothing and it totally depends on context. If you’re interested we can go over some examples in the comments but for now let’s move on to our next false friend…. and in fact… I just fell for it :)

This pair is certainly not one that is causing a lot of problems simply because the words aren’t used all that much. But it’s kind of funny and a great example for how a language REALLY messed up the meaning. Place your bets on which one it is :).
So, the English pregnant talks about carrying a baby in you,which in German word is schwanger.

The German prägnant on the other hand is something completely different. It means concise, succinct or catchy… something that is short, to the point and that gets people’s attention is prägnant. That can be a sentence, or a presentation but also a melody. Or an example.

And the questions is: how on earth could that happen? Time warp back to ancient Rome. Frrrrruiiiiiiiii…
uh.. that was a time warp sound, just in case you’re wondering….
In Latin there was a word praegnans which literally meant pre-birth, and the second part, gnans, actually belongs to the same family as gene and generic and genisis. So the meaning is Latin was pretty much the same as it is today in English. And that means, German scores because it really messed it up. To be fair though, it’s not the sole culprit. German imported the word from French some 300 years ago. And by that time, the French version had tinkered with the original sense and meant  “filled with thought/meaning” while for  “filled with child” the French had chosen a different word: enceinte... a funny word by the way because the literal idea is “surrounded”.
Anyway, so the word German took over was basically expression the idea that something contains a lot of sense or meaning. And it has’t changed much. Something that is succinct and catchy does convey a lot with a bit, right?
But the whole baby thing on the other hand was never part of the German version.
By the way … I think all Romance languages (at least French, Spanish and Italian) do use a different word for baby-pregnant. So saying this:

in French is about as off as

in German.
However, some of these meaning changes that occurred in French and German seeped over into English. And that leads us to the wonderful German word  Imprägnierspray. Any idea what that could be? Sure sounds kind of funny with the pregnancy thing in your head. Well, here’s what the spray is used for

I spray something on my shoes to make them waterproof. And here’s where both languages do line up because  to impregnate can mean to make pregnant but also soak something with something (usually for the purpose of having some kind of residue… some proof or coating. You can impregnate wood for example, or spray your shoes to make them water-proof. And that’s pretty much what imprägnieren is, though in German the focus is on the coating, rather than the soaking.
Now you might be like “Wait… this soaking meaning has ZERO to do with anything. Where the hell is that coming from?”
Well, the verb impregnate already existed in Latin and it already had that double meaning there. The main meaning was to get someone pregnant but it was also used in a general sense of fill, soak, imbue something, which is where the modern meaning of impregnating shoes comes from.  How the Romans got from one to the other we can but guess … here’s mine.

And with that imagine in our head, let’s wrap this up (get it? because they could use some wrapping too).
This was our look at two pairs of false friends and I really hope you had just as much fun as I had with this. Let me know in the comments, if you did and if we should do more of this every once in a while… mini series style :). And tell me your favorite couple, the one that really confused you.
And of course if you have any questions about today’s words or if you need some examples, just leave me a comment too.
I hope you liked it and see you next time.