Word of the Day – “erledigen”

A fun look at the meaning of "erledigen", how to say "Never mind!" and what all that has to do with body parts, memberships and a certain Goethe. 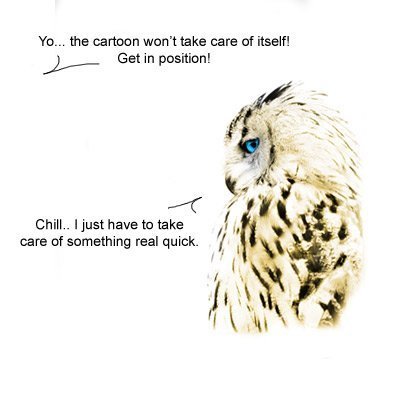 and welcome to our German word of the Day. This time with yet another one of those words that are quite common in everyday German, that somehow get overlooked by textbooks. Ladies and gentlemen… get ready for a look at the meaning of

And because erledigen isn’t only really useful itself but also has quite an interesting family, we’ll start thousands and thousands of years ago, with the hyper ancient, allegedly incredibly good looking Indo-Europeans.
More specifically, with the Indo-European language root *el.

The core idea of this root was bent, limber and we can actually pretty much see the original root in the German and English name of a bodypart. I’ll give you a hint… its main purpose is bending.
I’m talking about … the elbow, der Ellenbogen in German.

In German, there’s also the word die Elle, which is one of the bones in the lower arm (ulna) and an old unit of measurement (ell). And even though the lower part of an arm is usually not that long, the word ellenlang somehow ended up with a negative sense of super long.

Well, I guess if the monologue has the length of a lower arm in print then it can be quite lengthy. But anyway, the elbow is actually not the only body related word that comes from the Indo European root *el. We mentioned that it carried the notion of limber. Well, guess where the word limbercomes from :).
And the same goes for the word for the most moveable body parts… the limbs. Quite obvious, right? Despite that I never noticed how close limb and limber really are.
Anyway, the German counterpart of limb is das Glied.

On first sight, the “i” seems to be the only thing they have in common, but the connection becomes more apparent once you know that Glied is actually a ge-form. It used to be Geliethe, referring to the whole, the sum of bendable parts.
And if you’re now like “Wow, that’s really interesting.” then you’ll love the book that I have been promising for like five years. I know, I sound like I’m pulling a George R.R. Martin on you, but it’s definitely coming :).
Anyway, let’s look at a few examples for das Glied.

As you can see in the last example, it’s also the word for the link of a chain. Makes sense, I think. I mean, the link is the bendable part of the chain.
And what’s also worth mentioning is that Glied is usually used in plural in the sense of body parts. Because in singular, it refers to one specific body part. This poem from Goethe might give you a hint.

Yes, that really is THE Goethe. What he’s saying in the poem is basically that he misses the days when all his members were limber, except one because now all members are stiff, except one. And with the one he is referring to… well.. his little Johann, as we say in German. His member.
And speaking of member… that actually brings us right to another really useful member of the family: das Mitglied, which is the German word for member in the more common sense of belonging. If you’re wondering why, just recall that Glied was also the word for a link of a chain. A Mitglied is basically a part of a whole.
Oh and just in case you were wondering: yes, technically it means “with a member” and yes, there’s a pun to be made there.
Anyway, examples

And then, we also need to mention the verb gliedern which is about dividing something into sections and the corresponding noun die Gliederung.

Cool. So this was the word das Glied and its close relatives.
But that wasn’t our actual word of the day yet. Remember… that was erledigen.
And the next step toward that is the adjective ledig.

Do you remember the super ancient root *el that we learned about? Ledigis another offspring of that. Its original sense was simply free, unrestricted but eventually it focused on a more narrow meaning, that’ll make perfect sense to all those of you who have been in a long relationship or worse… uh… I mean… more serious. Ledig is the official word for not married. As in never been married.

What makes this adjective useful is the fact that it is at the core of a few other words. The first one is lediglich, which is a somewhat fancy alternative for only. I tried to find a connection between the idea of free and the idea of simply, but I wasn’t too successful to be honest. Maybe something like “little burden”, “almost free”. Not sure, if that makes sense to you. Anyway, lediglich is not a word you need to use yourself, but you’ll see it sooner or later in texts.

Also primarily found in writing is the verb entledigen. The proper full phrasing is actually sich einer Sache entledigen (with a Genitive), and the meaning is to rid oneself of something. That fits quite well with the notion of free that ledig used to carry.

Originally, erledigen was about setting something free. But then the old Germanic tribesmen started using it in the sense of getting tasks done because they thought of tasks as pent up energy that needs to be released. Okay… no, I just made that up. I actually don’t know why the meaning shifted. But shift it did, and today erledigen is a quite common option for the idea of taking care of something in the sense of getting it done. And it’s especially common in everyday German in context where you don’t really want to say what exactly it is that you’re doing.

Also common is the phrasing sich erledigen, in which the tasks basically take care of themselves. Or not.

Especially the second one is a really common phrasing and often a good translation for never mind, so you should definitely add that to your active vocabulary.
Besides the main meaning, erledigen also carries the idea of killing someone, which is kind of a morbid take on the whole free-idea. And the ge-form erledigt is a somewhat common colloquial way to say that you’re exhausted.

And because I don’t want you to feel completely erledigt after this and we actually have erledigtall on the to do list , we’ll wrap it up here.
Hooray :).
This was our look at the meaning of erledigen, Glied and a few other useful words. As usual, you can test how much you remember by taking the little quiz I have prepared for you. Of course, if you have any questions or suggestions about today just leave me a comment. And if you’re not a Mitglied of yourdailygerman yet, it’s time to take care of that.
I hope you liked it and see you next time :)