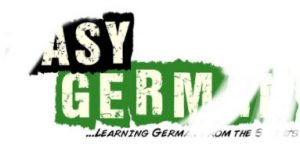 I’m a little late with the article this time because of Jesus…. I … I mean Easter. And because I’ve been working on other stuff behind the scenes. And one of those other stuffs I made is…. a Youtube video!!!!!
Here you go, bros:

Yeah… nope :)
(sorry if that got you excited, but hey… that means you’re young).
Seriously though, many of you probably know the Youtube Channel Easy German, the best Youtube channel for German learners. At least in my opinion. But it’s not only a great channel, Cari and Janusz, the creators, also live in Berlin (like  me, myself and I) and they’re really cool, relaxed, beer chugging, down to earth people and we’ve always wanted to do something together. And now we did it :). A couple of them, actually and the first one is out now. The topic : the Berlin dialect.
It’s not a break down of the dialect in a sense of “This sound turns to this” but rather a little impression of how it sounds and feels in comparison to standard German.

So now, that you have a bit of an impression of the dialect, it’s time to give it a try yourself.
Here are eleven everyday sentence in Berlin dialect. Can you figure out what I’m saying :)?

How was it for yo? Could you understand me? Do you maybe have some ideas about features of the dialect? How does it sounds to you compared to other German dialects?
Let’s talk about it in the comments below. And of course if you have any questions about the dialect or the exercise, let me know.
Hope you enjoyed this und bis nächste Woche :)