We all know, German is full of exceptions. Today, we'll look the German word for it and learn about the prefix verb it comes from. 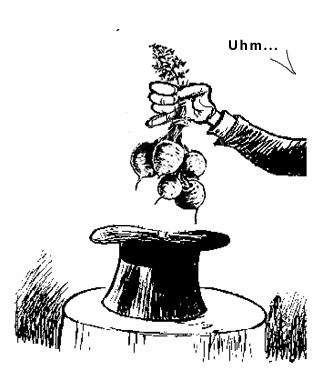 and welcome to a new episode of our summer series about German prefix verbs. This time we’ll have a look at a verb that is one of the main reasons why language learning can suck. Get ready for a look at the meaning of the verb

Wait… this is weird. I … I thought verbs don’t have articles. Is this one an excepti… what? … oh… ohhhh… a noun… haha… right, I just thought… uh… I… let’s just move on. Die Ausnahme is a of course a noun, and having it as the topic for a prefix verb short is an exception. But there’s a good reason. Ausnahme is an exception indeed. In fact, it is THE exception.

And guess what… exception and Ausnahmeare the EXACT same word. In exception we have the prefix ex, which just like aus expresses outside-ness, and we have “cept” which comes from the Latin word capereand that word meant… to take. Just like nehmen, which is the base for “nahme”. So…. both literally mean take-out. They’re just not a tasty take-out from the deli but the nasty take-out from a rule…. or some regularity.

Now, there are two related words to Ausnahme that express the same idea. The first is ausnahmweise. It is super uber common and means something along the lines of by way of exceptionor as an exception.

I guess, we should note that ausnahmsweise does NOT mean exceptional(ly) in sense of exceptional quality. That would be expressed by other words.

All right.
The second useful word is ausgenommen. You’d use that to exclude items from a list … like save, excluded, other than or apart from. Kind of like the fancier brother of ausser. It sounds fancier and it has the fancier grammar because it can be placed before AND after the stuff it exempts.

Now, ausgenommen is not just some random word. It’s actually the ge-form of the verb ausnehmen. Which brings us to the big question… what’s up with that? What’s up with ausnehmen?
The answer to that is … not much.
It is used in sense of excluding, exempting….but not in daily talk. Only in beautiful sentences like this one:

Oh and besides that, ausnehmen is also the technical term for to gut and to gill

but unless you’re a hunter, a fisherman or a journalist you will not need ausnehmenlikeever. Seriously… I’m pretty sure I haven’t used it in years – the one time I needed it in context of Fisch ausnehmenmal ausgenommen ;).
All right. What I do use though is the r-version.

This r-version is no exception at all. As usual, it takes the combination of verb and prefix as literally as possible. Rausnehmen means to take something out of something.

It is also used in the somewhat abstract phrasing sich das Recht rausnehmen (lit.: take out the right for oneself) and the shortened version sich etwas rausnehmen which both express the idea of (self righteously) allowing yourself some freedom that others don’t quite agree with.

All right.
And I think that’s it for today.
This was our Prefix Verb Short and it was an exception because we looked at the noun die Ausnahme which is what we love most about languages…. an exception. The r-version is also pretty good to know but verb ausnehmen itself not useful at all and it’s enough to understand it from context.
As always, if you want you can take the little quiz I have prepared for you. And of course, if you have any questions or suggestions or if you want to share your favorite exceptions, just leave me a comment.
I hope you liked it and see you next time.

based on:
ausnehmen – to exclude, to exempt, to gut (only in official language and when hunting or fishing)

related words:
ausnahmsweise – as an exception, by way of exception, for once … NOT exceptionally in sense of outstanding quality
ausgenommen – apart, except, (rare)
rausnehmen – to actually take out something from something
der Ausnahmezustand – emergency rule, state of emergency
ausnahmslos – without exception