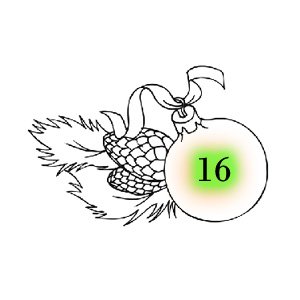 Ey yo what’s up bros,

welcome back to yet another door of our epic German learning Advent Calendah. Are you bored yet? I hope not, because there’s still some cool stuff coming up :).
And you know what’s also coming up?  Another work week. Horray!!
It’s that sweet sweet Monday again and the perfect day for a couple of really nice

Clearly, the proverb says that work comes first; before something else. But what is it that has to wait till work is accomplished?

The all would fit very well, but the correct answer is…. number two, das Vergnügen.
It’s a pretty common proverb and you might hear it at work sooner or later. Like, imagine you and your colleagues are in the kitchen talking about the upcoming Christmas party and how cool it’s going to be – that might be a situation where your boss walks in and says “Ok Leute, erst die Arbeit, dann das Vergnügen.”
And if that triggers you, the perfect reply then is to address the implication that the work actually isn’t enjoyable and what your boss intends to do about that. That’ll be a really productive discussion.
But anyway, let’s move on to the second proverb, which is a actually more about not working than it is about working…

“Friday after one, everyone is doing their thing.”

and if you now think “Wait, that implies that work ends at one of clock on Fridays.” then you’re spot on.
The origin of it is the former East German Democratic Republic. Many things were kind of hard to come by and often people would knock off work early on Friday to get some shopping done before everything was sold.
And it’s been a staple in German bureaucracy for as long as I can think that governmental offices close at one on Friday. Or even twelve. And that might be why the proverb has survived the fall of the wall and is still around today and it’s pretty much a magic spell by now. Like… if your boss catches you watching Youtube or reading this blog on 2 o’clock on a Friday, just say this proverb and it’ll be okay.
Nah… of course I’m kidding. That’s not how it works. But you can try, at least :).

Cool.
And now, let’s get to the last proverb.

And if you’re now like “That doesn’t look very proverb-y to me.” then you’re of course right. This isn’t a proverb. It’s actually a quote of the phisulph… philloph… great thinker Immanuel Kant about work. I thought it would be nice to have something like this here, too.
As usual, Kant makes it very easy for the reader to follow his train of thought  (#irony) but I think the message is something like this:

“Work is the best way to a fulfilled life, because it sucks and
without that sucking, you wouldn’t be able to enjoy your days off.”

I’d love to know if Kant hated writing books. And if not, why he didn’t take up a job as a smith or peasant, for some more enjoyment.
I’m really not so sure if I agree with Kant’s statement. Do you? Let’s wax philosophical in the comments! Or just let me know how you liked the proverbs and if you have nice ones in your languages :).
Einen schönen Tag euch, und bis morgen!