A fun look at the meaning and use of "werben" and its family and why applying for a job in German is about advertising yourself.... literally. 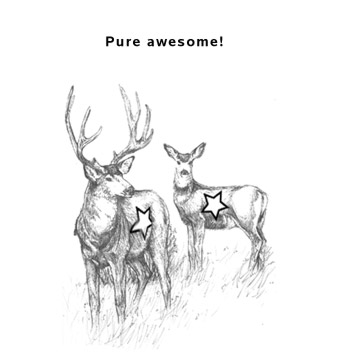 welcome everyone to our German Word of the Day. This time we’ll have a look at the meaning and the family of

Werben comes from the super ancient Indo-European root *uer. The core meaning of that was  to turn, to bend and a lot of words came from that like whirling, worm or the German werfen (to throw) which is basically talking about bending your arm.
Now, werben very early on shifted from the idea of turning in circles to the idea of running around and back and forth. Not much later people started adding the notion that you do all the busy running because you want to get something and so the word eventually became “to be busy in order to get something“. And very soon this took up the core notion of advertising.

Literally, this means that the knight is all around the princess, being all nice, bringing her flowers, singing her songs, writing her poems, slaying her dragons and opening her gown… well actually, that last bit is why he does all the courting.
Anyway, this courting the knight does is kind of what ads do today. They follow us everywhere and promise us things. In the car, on the web, on the paper towels at the gas station, sometimes on the toilet paper and for sure at home on the couch. They’re around us all day being like “Buy this, buy this, come on, it’s really good.”.
And that’s the core idea of werben…advertising something, both in the narrow sense of real ads as well as for more general promotion.

The difference between werben für and werben um is that the um-version has expresses that you personally want to get something while with für it’s really just making promotion. But in that latter sense, it’s probably more idiomatic to say Werbung machen. Literally means to make advertisements but it’s not about actually planning and producing it.

Hmmm… I actually don’t really know what a CD is. But anyway… The noun die Werbung is super common and it’s used for all kind of promotion be it in print or on TV.

There are also a lot of compounds like Werbepause (commercial break), Werbegeschenk (give-away for commercial purpise) or Schleichwerbung, which literally translates “sneak ad” and mea…. oh hold on, I need to plug in my laptop, actually… just a second…  I’m at Starbucks, you know. It’s such a great place to work. And I really really love their coffee. Soooo good. Starbucks.
Anyway… now it’s time to move on and take a look at the prefix version of werben.

First of, there are anwerben and abwerben. The core idea of anwerben is that a  company hires or recruits someone but the word has the added notion that the company makes kind of an effort. Much like the knight in the first example, they have to do some courting. Like… extra vacation, special benefits, guaranteed office flings and other perks. You wouldn’t talk about anwerben if a company gets a new receptionist. Or if you did that would sound like it’s really a kick ass receptionist.

Abwerben is pretty much the same idea, just from the perspective of the companies who’s losing the employee.

Now, unless you’re working as a head hunter anwerben and abwerben are not going to be all that useful. But they are they’re the perfect transition to the one prefix version that is:  bewerben.
Taken super literally, this means “to inflict advertising on something” and it’s essentially a more direct sounding version of werben.

Both mean the same, only that one uses a preposition and the other one has the target as a direct object. The version with für is much more idiomatic though because bewerben is used in a very specific context… making promotion for yourself.

This meaning  of bewerben has been around for quite a while and most native speakers are not aware of the connection. But it totally makes a lot of sense. .. there’s really no difference between you pimping your CV and lying  in the interview and McDonalds using fake picture of burgers that look like there’s a whole salad bar on them.
You advertise yourself. That’s why  sich bewerben means to apply and that’s why there’s this annoying self reference.

Now, besides the verb there are also two nouns, namely die Bewerbung, which means application and der Bewerber, die Bewerberin, which are the persons applying.

Now, the word to apply is actual broader than bewerben. For example you totally wouldn’t use sich bewerben in context of unemployment benefit or other governmental stuff like a visa or something. That would be beantragen and the respective noun would be der Antrag.

Using bewerben in these context sounds really odd because this stuff is NOT about advertising yourself. Ideally, getting housing assistance is an objective process. You don’t have to appeal to anyone, you don’t have to convince anyone, you just have to fulfill the criteria and if you do you’re automatically entitled to it. But however smart of a person you are, you’re not entitled to a place in Stanford.
So… if it’s based on some sort of law then use beantragen, if it’s more about people deciding based on your   qualifications the bewerben is the word of choice.
All right. And I think we’re almost done for today. There are two more words that deserve a mention: erwerben and das Gewerbe. They’re both based on the older notion of running around and being busy in order to get something in sense of doing actual work.
A Gewerbe is the official German word for some sort of business and if you dive into the financial bureaucracy you’ll see plenty of scary ass compounds like Gewerbesteuerfreibetrag (no idea… something like some fixed deduction of the main business tax) or Gewerbeaufsichtsamt (again, no idea… the office that overlooks businesses)

Erwerben, which is best translated as to acquire , is either used as a fancy alternative for to buy, in sense of gaining experience or skill and it’s an official term for making a living (through work).

There’s actually an incredibly fascinating difference between arbeitslos and erwerbslos. It has something to do with international statistics but I think we’ll have to save that for another time because… I finished up my Gallon Triple Shot Celery Chai Lattuccino with Formula  and now I feel like I need to see a bathroom. For a while. It was very tasty though. Starbucks.
So …this was our look at the verb werben. It’s based in the idea of running around and being busy in order to get something and very early on it shifted toward the idea of … advertising. And combined with the be-prefix it’s and a self reference, it becomes the word for applying for jobs or scholarships or other stuff where you basically have to promote yourself.
As always, if you have any questions or suggestions or if you want to try out some examples and get them corrected, just leave me a comment.
I hope you liked it and see you next time.