"verteidigen" means "to defend". In this short post, we'll learn why and see how to use it. 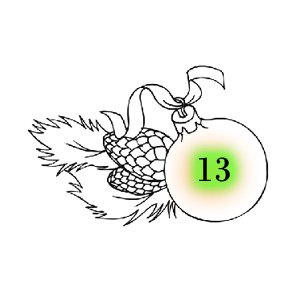 day 13 of our German learning Advent Calendar, and today we’ll take another peek into the book I am working on and get a sweet little bit of vocabulary-chocolate with an etymology filling. Yummy.
Ladies and gentlemen… get ready for

It’s a weird looking word that seems to have no connection to anything, but in fact it has a connection to… thing.
Thing and its German brother das Ding come from the Germanic ting, which had a really crucial role in the Germanic society because the ting was a (no pun intended) meeting of the tribe leaders, which often had the function of a court.
Back then, there was also the verb “tagetingen”, a combination of Tag (day) and ting, which was later shortened to “teidingen”. This verb expressed the idea of having a court hearing or debate. And the ver added a notion of for to it giving the verb a sense of speaking for your case, or for someone. Soon, it broadened beyond the context of a ting and became the general German word for to defend.

As usual, let me know your questions and comments in the… well… comments. Habt einen schönen Tag und bis morgen :)