Word of the Day – “umständlich”

A quick look at the meaning of "umständlich" and the noun "der Umstand" and what pregnancy clothes have to do with circumstances. 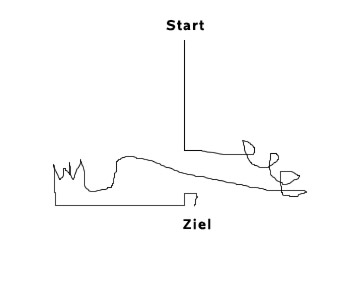 and welcome to a word that is part of the German language, and to which, although it is not connected to this very day, or any day in particular, we, if only for the sake of tradition, assign the predicate “of the day”.
And if you’re now like “What the hell was that?” – wonder no more, for today we’ll look at the meaning of

If you need an example for what umständlich is, German grammar has you covered.

When there’s a “dass” you have to move one part of the
verb to the very end of the sentence, even if it’s 10 miles
long.

not simple and straight forward.

And that is the core of umständlich.
Umständlich is used to express that the way something is done more is complicated than it needs to be. And it can be used for all kinds of things – a sentence, a movement, a way to get to the city center or a way to prepare a tea. Like… heating the water in the oven. That’s umständlich. But hey, tea prepared this way will actually be 15% more gooder because the water is boiling more wholesomely. At least that’s what it said in this Yoga blog I’m a subscrib… oh… yeah cat, you’re right. I should move on.

So, the core idea of umständlichis not simple. Simple as that. Now let’s look at it in action.

The translation obviously depends on context but I hope you can see that the idea is always the same: More complicated than it needs to be and therefor possible annoying.

Cool. So now that we know what umständlichmeans. But I can imagine that the word might be a bit umständlich to remember. So let’s take a look at why it means what it means.
It is based on the noun der Umstand which literally means around-stand. Now, do you know what other word literally means around-stand? It’s the English translation of Umstand… circumstance.Yup, that’s right. Circum is some Latin prefix for around and stance is the from the Latin branch of the stand-family.
Literally, Umstandand circumstanceboth once meant “the stuff that stands around something” but very early on people started using that in the more abstract sense of “the situation something is in”…not too much of stretch I think :).

All three phrasings, especially the last one, are super common, and there’s more because Umstände is actually also used of complications or problems.

By creating “stuff that stands around the core” you’re making getting to the core more complicated.
And this brings us back to umständlich itself, which had a very similar shift in meaning.
Originally, it was used to express of considering more than just the core. For example in writing or when discussing a topic. A bit like comprehensive or extensive. Like… “Before we get to our main point we must first consider this, this and this and we must also not forget about this.”
Well, the line between thorough and overly thorough is thin and the writings of scholars and lawyers often crossed it and so the meaning of the word slowly changed and became more and more negative. Just think of legal writing, or of some philosophers. Smart and comprehensive, but maaaan that can be sooooo overly complicated, not simple … umständlich.
Cool.

So now we know all about Umstand and umständlich, right? Well, almost. Do you have an idea what an Umstandshose is? Or an Umstandskleid? Or an Umstandsbikini?
Well, the solution is it’s clothes for pregnant women. Because in anderen Umständen sein is a (admittedly umständlich) way to say to be pregnant. And if you’re now like “Why, German, whyyyyyyyy?” then think about it. It makes sense on all levels. You’re certainly in very special circumstances when you’re pregnant, a lot of normal things like sitting down can become a little umständlich and your normal waist line has gotten some new “surroundings” :).

And I think that’s it for today. This was our look at the meaning of umständlich and Umstände and I’m sure you’ll hear one the phrasings sooner or later because they’re all pretty common. As always, if you have questions or suggestions just leave me a comment.
I hope you enjoyed it and see you next time.