A fun look at the family of "der Staub", which goes all the way from air pollution to bargains. We’ll learn lots of cool, useful words and see some crazy connection to English. 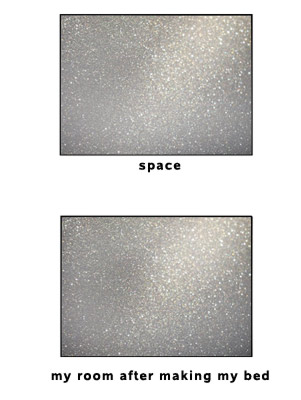 and welcome to our German Word of the Day. This time we’ll have a look at

and we don’t have to look very far to find it. Actually, I’m looking at it right now because it’s on my screen. But we can find it anywhere… on our books, on our shelves, under our beds, on our plants, even on our pizza. At least I had some on mine. I’m a slow eater, I guess. Or maybe it’s just time to vacuum again. Anyway, Staubis all around us and no, it’s not love.It’s dust. And Staub is a really good word for dust. I don’t know… this sudden ending on b just kind of mirrors the “suffocating-ness” that a lot of Staub can have. I don’t know how to explain it but at least to meStaub sounds the part and that’s why I never had trouble remembering it.
What? Because I’m a native speaker? Oh, I guess that helps, too.
Anyway, let’s look at some examples.

And of course we have to mention the super common word for to vacuum or to hoover, which is as descriptive as it can get: staubsaugen… to suck dust.

Seriously!! Why isn’t there a norm for freakin’ Staubsaugerbeutel? Germany has a DIN-norm for everything. Even for stool… What? There isn’t one for stool?!?! What the hell am I making an effort for every morni… anyway, I digest… uh… I mean digress.

We’ve seen a lot of compounds but there’s also a bunch of verbs based on Staub.
Einstaubenand verstauben are about the process of collecting dust and abstauben (and entstauben) about the removal.

Abstauben also has a colloquial side meaning. It expresses the idea of making a great deal with little effort… usually in a quick manner. It’s especially common in sports.

Cool, so that’s Staub and it’s definitely a good word to remember. For me, it’s the sound that helps… what? Native … oh whatever. So if the sound alone doesn’t cut it, maybe the history helps. And there’s actually a few surprise connections waiting for us.

Staub comes from the verb stieben, and stiebenis pretty much what dust does when you blow on it:

fly up and around suddenly and quickly in a crazy fashion.

It’s not completely clear where this verb comes from but one theory traces it back to the dusty Indo-European root *dheu, which brought us English words like dumb,damp,typhoon and … drumroll… dust, in German the German words Dunst (a light fog, a haze, a mist), Dampf(steam), Duft (scent) or taub (deaf, numb).
Wow, what a crazy range. But all these words actually share one common idea – the idea of a cloud. Let’s see: clouds are often made of water and can make you wet. That gives us damp, Dunst, Duft and Dampf, A cloud can also darken your vision and senses, so there we got dumb, taub and deaf. And clouds can consist of little particles that fly around like crazy, which is the connection to typhoon. Of course the Indo-Europeans didn’t know a thing about particles. But think of a flock of birds. Or of the spark of a camp fire when you throw a new log into it.
As I said, it’s not 100% certain that stiebencomes from this root, but it would make a lot of sense. Anyway, the core of stieben is to fly up and around like crazy and so Staub is “the one that flies up like crazy.”
And there are actually a few more words in that family.

Bestäuben is the German word for to pollinate – the bees inflict “dust” on the flower. A Zerstäuber is an atomizer or vaporizer, the thing that turns the perfume from a liquid into a cloud of little drips, a Schneegestöber is a combination of a lot of snow coming down with a lot of wind. And last but not least, there’s the verb stöbernwhich is about aimlessly foraging through stuff.

And that’s it for today. This was our look at Staub.It means dust, it might actually be related to dust and in either case it comes from the idea of particles flying up in a crazy fashion.
Take a look at the vocab section to review all the words of today and get some extras. And as always, if you have any questions or suggestions just leave me a comment.
I hope you enjoyed it and see you next time.

entstauben – thoroughly remove the dust off of something
abstauben – to dust off, also: to snatch in the sense of to get

stieben (gestoben) – fly up and around in a crazy fashion, to spray
das Schneegestöber – snow flurry, snowsquall
stöbern – thrift, dig (through archives and stores)