Word of the Day – “sorgen – prefixed”

A fun look at the meaning of "sorgen" and its prefix version and what worry has to do with getting some beer. 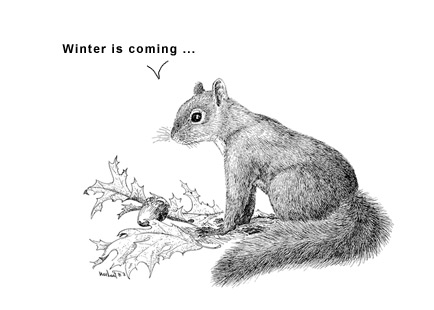 And of course that means that we’ll look at the prefixes, too… besorgen, versorgen… these fellows. I gotta warn you though; this one is uber tough. There are only a handful prefix-versions but the meanings of those are freaking crazy. I’m actually… ahem…  worried, we might not make it this time. Maybe we’ll just not be able to get a hold of it.
Okay, no… of course we’ll get a hold of them. They’re not so bad. I just wanted to shoehorn in the word worry. Why? Let’s find out.

Historically, sorgen is the brother of sorrow and both come from the tre-freaking-mendously ancient Indo-European root *ser that meant something along the lines of being sick and worrying. In reality, sorgen and sorrow are rarely translation for each other because. And not only because sorgen is a verb and sorrow isn’t.  There’s a difference in meaning. Take for example the title of that one Michael Bay novel…. “Transformers : the sorrows of young Optimus”. The German title uses Leiden as a translation for sorrow in German.  and leiden is also to suffer. Sorrow is way more serious than sorgen, and it’s usually about your feelings when something bad has already happened.
Sorgen takes place one step earlier. It’s what you do BEFORE something bad happens. And it’s something you do before something good happens that you thought was gonna be bad. And maybe it’s just something you do a lot for no reason because you’re pessimistic. Long story short: Optimus rides a T-Rex and.. oh wait, I meant to say the soul of sorgen is worrying.
Now, sorgen can be a direct translation for to worry but it’s not that common and the structure is a bit of a hassle as it needs a  self reference

The common phrasing for to worry is sich Sorgen machen,  which has also a self reference but this one is Dative, so it’s better… oh wait, actually probably not. But anyway, examples:

So… Germans don’t worry, they make themselves worries. Solid, reliable, long-living, quality, “Made in Germany” worries… maybe that’s why we’re so angsty :).
But anyways… let’s look at some more examples with the worry-idea.

Now some of you might be like “Hey… if besorgt means worried, then besorgen should mean worry as well, right?”.
Yeah, that would make a lot of sense. But we need to be realistic here… it’s German. But before we can take care of the prefix-verbs we need to take a look at the other meaning of sorgen.
The thing is, the whole idea of worry is not very far from the idea care.

This doesn’t mean that you’ll sit down later and be like “Oh those poor dishes. So dirty and plentiful. I really hope someone does them soon.”
It means that you’ll take care of them later… okay, actually it means that you hope someone else does it in the meantime, but…  you get the idea. Worrying and caring are close. If you worry about someone or something, that also means that you care. And this care-idea is at the heart of quite a few sorgen-words…

So this was caring with a more emotional, or attention focus and it doesn’t end there. Sorgen also works for the more practical taking care that we had in the dish-example. And that makes sense. Let’s say you’re having a party but you’re worried that you don’t have enough beer. What are you going to do? Exactly… you’d un-invite a few guests, especially Tiffany. That little hussy. But anyway… there’s a potential problem, that problem worries you, so you take care of it. That is part of  sorgen, as well.

This is also where we meet the prefix verbs…

Super literally the rain “inflicts worrying, caring” on my dirty bike problem, but if you want to read about the be-prefixe in detail, I’ll add a link below.
There’s a common proverb with besorgen, too, by the way.

I’m at a complete loss as to what it’s trying to tell us, though. I understand the word but I don’t get the me.. what? Oh, the sentence structure with the kannst before besorgen is creeping you out? Well, that’s really just so it rhymes, so chill out. Macht euch keine Sorgen. There’s nothing to it.
Trust me.
Absolutely nothing,
Big promise.
Al right. So we had sorgen as worrying and then we had sorgen as caring or taking care of something and with the help of Captain Context we can already understand most of the sorgen-words out there.
But there’s something else. Not a completely new idea… just sort of a specialization. And the key to it are our basic needs…. namely food and water. We need to get those from somewhere … buy, harvest, hunt, gather, beg – it doesn’t matter how. But only if those are taken care of we can ask ourselves if our smartphone really fits our style. And for most humans throughout the ages  getting food and drink has been a daily task and often a source of worrying. So that might be why some sorgen-words have developed a focus in supply. For example, we’ve seen besorgen in sense of generally taking care of things. But the common meaning in day to day spoken average Joe German is getting things… not going to the fridge to get a beer but really going out there.

People do use besorgen even if they’re clearly talking about just buying. It has the notion of going somewhere built in and even a pinch of searching… just what the cavemen had to do to take care of food. Of course besorgen isn’t that old, I just hope the image helps making sense of it all.
Another word that is very much about basic needs is versorgen.  It is essentially the same as it’s be-rother (haha), only that you don’t go and get, you go and bring. Versorgen means to supply and you’ll definitely come across this word if you live in Germany because it is used in context of water, electricity and gas.

Last but not least, there is entsorgen which means to dispose.

This isn’t all too common but it nicely shows how close all the meanings really are. We can look at  entsorgen as the exact opposite of getting the batteries (besorgen) but also as taking care of a problem…. “I make so the empty batteries are not cause for worrying anymore”
Or take vorsorgen.

The squirrel knows winter, so it’s worried, and because it’s worried, it runs around getting acorns so it’s basic need (food) is taken care of… worrying, caring, taking care of, getting things, supplying things… it’s all the same stuff. And often it is really just context that shifts the meaning here or there.

And…  I think that’s it.
That was our German Word of the Day sorgen. The important takeaways are worrying, caring and basic needs… with those in mind, sorgen-words shouldn’t be a problem anymore. By the way, speaking of basic needs… besorgen also has  an adult meaning. But… I’m sure you’ll find out, if you really want to know.
As always, let me know in the comments if that was helpful or you have any questions… and of course you can try out some examples and see if you know how to handle the words.
I hope you liked it and see you next time.