Word of the Day -“schweben”

A quick look at the meaning of "schweben", where it comes from and what it has to do with imagination and blabbering. 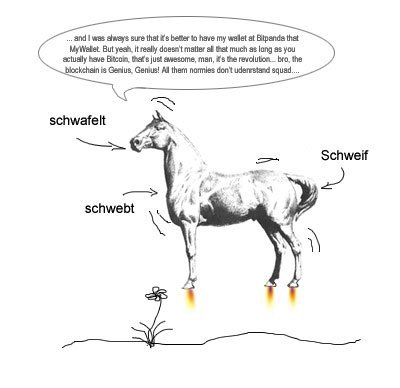 and welcome to our German Word of the Day. And today, we’ll take a short and sweet look at the word

Schweben is the German word for to hover, and I know that most of you now think “Mehhhhhh.”
And yes, I admit, it’s not the most useful or exciting word ever. And not many interesting relatives either. But there are a few nice colloquialisms here. And hey… every good TV show has these kind of “slow” episodes where not much happens, right? RIGHT?
So… now that I’ve lowered the expectations enough, let’s jump right in :)

And we’ll start right away with a few examples…

As you can see, the translation doesn’t always have to be to hover, but the core notion of kind of “standing” in air or water is always clear. And that also goes for the more figurative uses.

The last one is a bit random, no doubt, but it’s a pretty common phrasing in books. And it makes sense if you think of it as a metaphor for falling any minute.

Cool. Now, we definitely need to mention the one context of to hover where schweben is NOT a good translation. I am talking about hovering in context of a computer mouse.

I think this hovering is pretty common in English computer lingo, but German actually kind of lacks a standard here.
People use bewegen or fahren or they might even just use “hovern” with German verb endings…

But what absolutely doesn’t work is schweben.

That sounds like I have to sit on some giant bio-tech hover-mouse and I’m like “Hover over that button, Mouse!”, and the mouse is like “Very well, master. Shall I load the laser guns?” and I’m like “Absolutely.”
Well, okay… it doesn’t really sound like all that, but schweben with a computer mouse is not idiomatic.
Anyway, speaking of imagining something… that actually brings us to the prefix version vorschweben. Or jemandem vorschweben to be precise.
Taken literally, it means to hover in front of someone. And if we know think of it in a figurative way, it makes perfect sense that it’s about… an idea.
Not an idea in a sense of “Wow, I just got an idea.” but in the sense of having an expectation or vision.
Think of it as picturing something, just with the roles reversed. So you’re not picturing, you just sit there and it hovers in front of your eyes.

Now you might be like “Emanuel, is there any difference to sich vorstellen?”
And the answer is… not really. Well, there is as far as phrasing goes.

For vorschweben, the thing I am picturing is actually the subject, while it’s the object for sich vorstellen.
As far as their meaning goes, the two verbs are really similar, though, and we could use sich vorstellen in both of these examples. Vorschweben sounds a little less active and a bit more vague. Like … you’re just sitting there watching mental images. So you don’t really NEED vorschweben. But it’s one of those little colloquial words that make you sound REALLY native for a second if you use them correctly. Like… try it with your friends. I’m sure they’ll notice and be really impressed.

All right.
So now we know what schwebenmeans and how to use it. What we don’t know yet is where it comes from and if there are any relatives in English.
Well, ultimately schweben belongs to the same big family as swipe and wischen (check my article about that for more, link below) but the closest relative in English is probably the word swivel. Yup, swivel. Swivel has this notion of moving left and right and that’s exactly what schwebenused to be. Like… a few centuries (or more centuries) ago, you could actually “sweven” your sheep across the pasture. That just meant you made them move hither and yonder. Schweben eventually shifted toward stuff in the air, and became the word for to hover. But it has a cousin that kind of stayed closer to the original meaning… the verb schweifen. It has the core idea of roaming, wandering and it’s actually not all that common by itself, apart from a few specific contexts or phrasings.

But what is kind of useful is the prefix version abschweifen – because that’s the word for the context of getting off topic, either with your thoughts or with a presentation or something. Speaking of something… I have recently realized that soy products give me gas. I was at this Asian Tapas place where you can order several small bowls of stuff and they all contained soy, fried or cooked or whatever, and man…. my tummy was a balloon after that.
Anyway, examples….

There also the phrasing ohne Umschweife which is about the idea of directly, without sugar coating and the noun der Schweif, which is basically the fancy brother of der Schwanz – a long nice, bushy tail. Like the ones horses have, and especially comets.
And last but not least there’s the verb schwafeln. Schwafeln is a colloquial term for blabbering stuff no one is interested in. Yup… I’m sure you just thought “Wow, that’s useful :)”.
Technically, schwafeln doesn’t belong to the same family as schweifen but it looks similar and it fits perfectly with the idea of abschweifen and going off topic so yeah… they’re not related in history, but they’re related in our minds :).

And that’s it for today.
This was our quick look at schweben and its family and I hope you had fun and learned a little. As usual, I recommend you test yourself with the little quiz my assistant, who has sore muscles because she had leg day yesterday, has prepared for you.
And of course, if you have any questions or suggestions or you want to just schwafeln a bit in German, just leave me a comment.
I hope you enjoyed it and see you next time.

schweben = to hover, to levitate, to float
das Schweben = levitation
in Gefahr schweben = to be in danger
jemandem vorschweben = to have an expectation or vision, to imagine something, to picture something
etwas schwebt mir vor = I am picturing something
schweifen = to roam, to wander
abschweifen = getting off topic
phrase: ohne Umschweife = directly, without sugar coating
der Schweif = a long nice, bushy tail (horses,comets)
schwafeln = a colloquial term for blabbering stuff no one is interested in