Word of the Day – “schützen”

A fun look at the word "schützen", the difference to "beschützen" and the connection between protection and the ground floor of a building :). 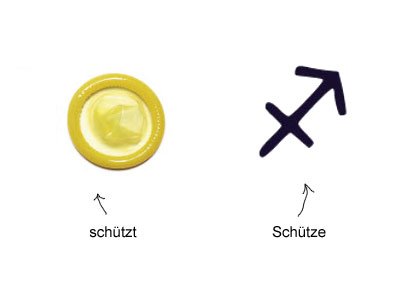 and welcome to our German Word of the Day. And today, we’ll take a look at the whats and wheres of German verb for to protect.…

Hmmm… whats and wheres… is that even a thing in English?
Anyway, the verb to protect is related to the German word die Decke and has no connections to schützen. But schützen does have English relatives.
So I thought it might be fun to give you guys the option to guess, before reading the article.
And then I thought it might be even more fun to do a little poll… so we can see what you as readers think as a whole :).

Can’t wait to check the results.
But now let’s jump right into schützen.

And we’ll start with some examples right away.

But proverbs apparently protect from grammar. Because that position of nicht in the last one… that really should be before vor Torheit. But I guess, it gets a pass because it’s poetry or something.
Anyway, both verbs, schützen and to protect take the thing or person you protect as a direct object, but there’s a slight difference if you want to add the threat. In English you protect from, in German you schützen vor.
That’s actually a general theme that German verbs that involve danger or threats in some way go with the preposition vor. But we’ve talked about that in a separate article in detail, so I’ll leave the link below if you want to check that out.

Now, besides schützen, German also has beschützen. Beschützen ALSO means to protect, and oddly enough, the phrasings of schützen and beschützen are exactly the same, which is rare for verbs and their be-versions.

But there is a difference in tone and like often, the be-version is the more “intense” one.
Beschützen is active, kind of direct or immediate. It sounds protective and implies caring.
A lotion for example can’t really beschützen your skin. That would sound like the lotion knows what it’s doing, and actually does something actively. And also it wouldn’t sound idiomatic to say that the goal of a law is to beschützen something. Because the law itself doesn’t care and isn’t active.
Similarly, it’s a bit odd to say that we’re beschützen our environment. That sounds like there’s a super villain coming for it and we’re putting up a fight.
Just think of schützen as a more general, abstract protecting and beschützen as the actual, hands on, momentary action.

I hope you get an idea about the different tones.
Now, besides those two verbs there’s also the noun der Schutz, which of course means protection.

Oh yeah? Well, Verbraucherschutzzentrale should mind their own business. I mean, come on… Vrbrchrschtzzntrle… so many consonants … that’s not the most consumer friendly name, if you ask me.
And the only thing that gets wasted during my articles is myself when I’m writing them. I mean… occasionally. I mean… sometimes. Like… I mean… not really wasted. I just might have a beer or two. If that’s a crime, then I am guilty but I am not wasting anyone’s time. Ever.
#fact
Anyways, so far, everything about schützen was pretty straight forward.
But that’s gonna change when we look at these examples…

And this raises some questions. Like… what is up with Maria? And what does Thomas say about this? Does he know?
But the question that matters most for us is what protection has to do with shooting and archery (which is the core of the Latin Sagittarius).
And that brings us back to our poll from the beginning and the question which word schützen is related to… shoot, shut or sheet.
And the answer is… drum roll please… both of them. Yup, that does mean shutting and shooting are related.

You see, when we think of shooting we think of a bullet and pulling a trigger. But think about what’s really going on physically. All we do is to quickly “shove” a small thing somewhere. Same with an arrow… you “shove” a stick somewhere. Or just think of fast growing plant. We might say it “shoots” up.
This notion of quickly shoving, hurling (and also chasing) was the core idea of the super ancient Indo-European root *skeu, from which all these words come. The verb to shoot has stayed pretty true to that idea only the way we shoot has changed.
And the idea of shutting comes from the notion of “shooting” (shoving) a bolt in a door or fence. Just think of chase in a movie… there’s often this close up of a bolt going into the latch. Katchunk. That’s the connection to shooting.
Not super obvious, but not as crazy as it sounds either.
And the connection between to shut and schützen is actually pretty intuitive. Shutting the door or a window does have an element of protection to it. And in fact, a few centuries back, schützen also meant to lock in a room, but it then lost this notion of shutting.

Now, if you want to dig deeper, you can also find connections to scheu (timid) and shy and sheet and even der Schoß (lap). But we won’t go into detail here because then this Vrbrxthczhsnle will start whining again that I am wasting time.

What I do want to do real quick before we wrap up, though, is to look at the German side of the shoot branch.
The verb itself is schießen. Of course it comes with a bunch of prefix versions, and a bunch of idioms, but overall it’s pretty clear.

The noun for the shot is der Schuss or in plural die Schüsse. Of course, it can be used for actual shots, but there are also a few idioms and it’s used in the sense of adding a bit of a liquid to food.
Strangely enough, der Schuss doesn’t mean shot in the sense of shot of vodka. So… you can say that you add a Schuss of rum to your tea, but that’s just an unspecified small amount. For THE shot, you also just say Shot.


And then, last but not least, there’s the noun das Geschoss. One of the meanings of Geschoss is the thing being shot… the projectile. But Geschoss also means story or level or floor in sense of buildings. Normally, you use der Stock or die Etage, if you want to refer to a specific floor. But the ground floor is called das Erdgeschoss and the attic floor is das Dachgeschoss.

And if you’re wondering what shooting has to do with the floor of a building… well, it’s because buildings “shoot up” from the ground. Not the most natural connection, maybe but still much better than story. Like… that high rise I was living in didn’t just have 11 stories. It has countless stories. Behind every door, there are stories upon stories. Stories about hopes and dreams, failure and success, hate and love. Stories about watching Netflix. Stories about accidentally inventing time travel and destroying it to schützen humanity.
Seriously, I had to do it. We’re not ready for that technology yet.
Anyway… I think that’s it for today.
This was our look at schützen, beschützen and their family.
As usual, you can check how much you remember of this article by taking the little quiz my amazing assistant has prepared for you.
And of course, if you have any questions or suggestions just leave me a comment. I hope you liked it and see you next time.