Word of the Day – “schleifen”

A fun look at the meaning of "schleifen" and what dragging has to do with sharp. Also: a few surprise guests like "schleichen" and "schlecht" 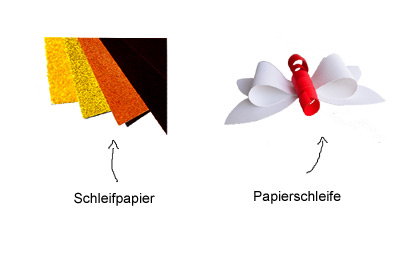 and welcome to our German Word of the Day, this time with a quick look at meaning of

Schleifen is related to der Schleim (slime) and slip. But it’s not as slimy as slime and not as sexy as slip…. uh… I mean, slippery.
Spring is messing with my mind. Though … actually … some slips do have a Schleifen, and they’re quite sexy. I’ll post a selfie later.
But first let’s talk some vocab…

So, the origin of it all is the unnecessarily ancient Indo-European root *(s)lei- and the core idea of it was something like sliding, smearing across a surface.
And that’s actually pretty much what schleifen is about. But unlike the English to slip, which is rather quick, schleifen is kind of a drag. Like… literally. If something schleifen that means it is pulled across a surface and there’s some resistance.

Those were two very literal examples, but it’s also super common in context of mechanics and two moving parts touching that shouldn’t touch. And it also works in more abstract contexts.

But this still isn’t all you can do with schleifen. You see, when you drag something across a surface, the you might take small parts off the surface, right? And that’s why schleifen is also the word for sharpening blades. You slide-drag the Schleifstein (whetstone) across the blade. And another example is abschleifen which is what you do with the surface of old wooden planks.

Oh and in case you payed really close attention, you might have noticed that we’re having two ge-forms (past participles). Geschleift is what you use for dragged and geschliffen is sharpened.
And  I want to take this opportunity to say “Thank you.” to German. Thank you German, that it’s not three.
“You’re welcome, I’m trying to help wherever I can.”
And we appreciate you for it.
Cool.
So now that we know schleifen let’s take a look at the related words. And this time, I don’t mean prefix versions. I mean the family.
Hm… I feel like this would be the perfect spot to put a a GIF.

We’ve already learned that it comes from a root that was about gliding, sliding across a surface and that it’s related to slime and slide.
Well… there’s more. For instance the word slimak, which is the Russian word for snail, and which is a pretty great visual image for the idea of the root.
Then, we have the English slope, sleeve and slick and and slight. And even though they kind of come from all over the place, the original idea of gliding over a surface is kind of visible.
But that’s not all. Another member of the family is the German verb schleichen.
Originally, it was about moving somewhere in a gliding fashion, kind of like a snake but over time, it shifted toward the fact that the movement is quiet. And so it become the German word for to sneak (in the sense of moving yourself, not putting something somewhere)

And that’s still not all. The next word I want to mention is schlicht which is a word for simple in the sense that there’s not much “extra”. Like… not much decoration.

The original idea of schlicht was something like flat, straight for a surface. A surface that you can easily glide over :)
And this notion of even, straight also helps with the meaning of schlichten which is to mediate, arbitrate in context of calming down disputes and arguments. You “even” the waves, if that makes sense.

Now, the story how Maria and her unicorn got into that bad fight is actually quite interesting and I’d love to tell you about it, but I think most of you are having a hard time concentrating right now because there’s one question in your mind. And the answer is: yes :).
Schlecht, the German word for bad, is also a member of the family.
And the connection is actually quickly made. Schlecht was the same as schlicht once, so it meant simple, “without decoration”. Now, rich people always tended to have a somewhat not schlicht lifestyle. Like… the dress of the princess would have lots of complicated embroideries while the dress of the farm girl was… well super schlicht. And so it’s no wonder schlecht got associated with poor. And from there, it shifted to the idea of low quality and bad.

But it can also mean ribbon or even loop.

Now, this looks extremely similar to the verb schleifen but it actually comes from the word die Schlaufe, which is a kind of a more general term for these yarn-circles. The origin of it is suuuuuuuper ancient Indo-European root (s)leu– which was about … gliding, slipping into something.  Which sounds AWFULLY similar to the root (s)lei- and it’s notion of gliding smearing. Hmmmmm… the etymology books I use don’t explicitly mention a connection.
But those books also don’t explicitly mention that there are tomatoes in my fridge.
And yet there ARE.
drops mic
…
…
…
picks up mic
And that’s it for today :). This was our look at schleifen and to boil it down to one example… schleifen is what your bike brakes do on the wheel sometimes.
As always, if you have any questions or suggestions, just leave me a comment. I hope you liked it and see you next time.