Word of the Day – “pflegen”

A fun look at the meaning and use of "pflegen" and its related words a surprise reveal about an annoying brother that's all about duties. 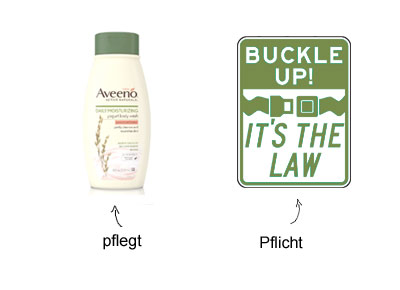 and welcome to our German Word of the Day.
This time with a look at the meaning of

If I had to choose one core idea pflegen is taking care. But as usual, we have to be a little more specific. Cleaning the bathroom, updating your computer, making sure that there’s enough beer at a party… there are plenty of little things we need to take care of in daily life. his is NOT what pflegen is.

Pflegen is a very caring taking care; an ongoing, active caring that has a vibe of compassion or love. Tending to sick people is a very good example for it, but by far the most common context in daily life is hygiene and cosmetics. The verb just sounds so nice and caring, the industry loooooves to put it on their labels. I mean, who wouldn’t want to give their skin some sweet Aloe Vera care while doing the dishes.
Anyway, let’s look at a few examples.

I think that this idea of ongoing, active care is clearly visible in all of those. And when we turn to the noun die Pflege, we will actually also see care as the number one translation.

Man, the political acumen of unicorns… always impressive. I wish I could say the same about my example acumen.
Anyways, as far as prefix versions go, pflegen is takes it easy. The only one worth mentioning is verpflegen, which is a slightly technical term for to supply with food. That makes sense… I mean, supplying with food is a very basic form of active care, right. The noun die Verpflegung is more common and it’s kind of hard to pin one translation to it since it pops up in colloquial contexts here and there. But you don’t really ever have to use it actively. It’s enough if you know that it’s about food.

So, this was the meaning of pflegen.
Or was it?!?! What if there is a second meaning that leads us to the history and eventually to another really important German word. That would be kinda cool, right? Well… here we go

Oh boy, skim readers will be so confused by this headline XD.
So yeah, there actually a second usage of pflegen. Not a super common one, but you’ll see it sooner or later. And it might seem a bit odd at first.

The underlying theme here is “custom”and there actually also is a noun with it.

Now, what does custom have to do with the idea of caring? Well, think about it just like you can actively care for your plants or your skin, you can also “care” for custom or a tradition – by keeping it alive. So this meaning isn’t actually that far from the pflegen we already know.
And it gets even more clear when we look at where the word comes from. The origin of pflegen is a Germanic verb that was about having/taking responsibility. And English, too has an offspring of that: to pledge. And now let’s look at the two side by side:

They’re NOT the same, but they’re not that different either; just two different aspects of the original idea of having/taking responsibility. The English pledge focused on taking it (by making a pledge), the German pflegen shifted toward acting out of responsibility and from there toward loving care.
Now, this connection to pledge and the idea of responsibility is not only interesting, it’s also the key to a German word that is directly related to pflegen and that basically is responsibility on steroids. I am talking about die Pflicht.

Pflicht is essentially of the result of making a pledge. A MUST-do! It’s your responsibility, your duty.

There are gazillions of compound nouns with it, like Anwesenheitspflicht(compulsory attendance), Ausweispflicht (identity card requirement), the much hated Helmpflicht(requirement to wear a helmet) or the word for obligation for vaccination, which looks like this:

Well, okay, the vowels are missing but if you think like “Must be at least half a dozen vowels.” then you’re wrong. Just two “i”s. The word is Impfpflicht. Impfpflicht…. this could be a Rammstein song. Seriously, I mean… mpfpfl… come on German, you really should have taken that shot against Consonantitis.
Anyways, besides all those compounds there are the verb for the noun Pflicht is verpflichten and it’s basically about giving someone a duty, or in one word to oblige.

There’s also the verb beipflichten which is actually closer to the English to pledge than the German Pflichtbecause it basically means to verbally agree. You “pledge along” if you will.

Dun dunnn… was the prophecy wrong? Is the farmer’s boy not the hero foretold?
We’ll have to wait for some other time because we’re done for today :).
This was our look at pflegen and it’s surprise relative die Pflicht. They both come from the idea of responsibility but while pflegen shifted toward acting and added some vibe of caring, Pflicht is basically responsibility made official.
As always, if you have any questions or suggestions, just leave me a comment.
I hope you liked it and see you next time.

die Verpflegung – the supply with food