How to order German adjectives (THIS will make you happy)

In English, there's a clear order for different types adjectives and mixing it up sounds strange. Is it the same order in German? Today, we'll find out. 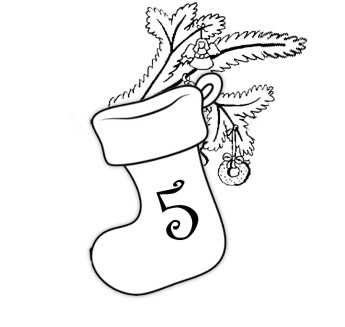 and welcome to ____ . And today it’s time for grammar. Get ready for a combination of two of your favorite pain in the butts…

Ewww. Sounds … uh… promising.
English has somewhat clear rules in which the order adjectives are lined up.

Only the first one is idiomatic because English likes to have opinion first and then descriptive adjectives. At least that’s what they say in books.  But we don’t want to talk about English.
We want to see how it is in German. And it’s quite… uh… unique.
The good news is: there isn’t the one fixed order. Yeay!

These are both correct and used. The first one might be a bit more idiomatic, but it’s really nothing to waste any time studying.
And now for the bad news, the bad, annoying, “I hate German” news: this is only true if the adjectives are separated by a comma. If there’s no comma, the order kind of matters. Yup… a comma.
I’ll give you a second to cry now.

So let’s see what’s up with that.
Of course, the comma is only a symptom. It shows us if the adjectives are of equal importance or if there’s a hierarchy.
What do I mean by equal importance?
Well, take this little dialogue here.

I hope you can see what I’m going for. Here, the adjectives are on the same level, so to speak. They’re both features that describe the unicorn.
And how does it look when they’re NOT on the same level? Well, let’s see.

Here, the adjectives have a hierarchy. Old unicorn is established as a unit here, as a thing. And this thing is then described by an adjective.
Here’s another example

In the first sentence, all the adjectives are on the same level. In the second one, twinkling unicorn is a unit.

Cool. And what effect does that have for the order of adjectives?
Well, if they’re on the same level, you can switch them around and in writing, you’d separate them by a comma.

And if they’re NOT on the same level, the adjective closer to the noun forms usually forms the unit.

The first one implies that there are several pink unicorns and I like the one among them that is tall and the other way around.
Now you’re of course all like  “Wait, in writing this is all well and good but what about spoken German? I mean… you can’t really speak a comma.”
Well, in spoken German you’d use aural emphasis  to make it clear. A slight boost for the word that’s actually in charge of the description.

The problem is… emphasis can totally override order. So we could also say

And this brings us to the bottom line of it all which is:

Unless you’re in C1 and aiming for written fluency, the order of adjectives is nothing to think about. I don’t think I ever had a moment of “Wait, the adjective order he just used was wrong!”. And I spot language glitches like a hawk spots Russian expansionism – everywhere.
Get it? Get it? Meh…
Anyway, so yeah… this was our look at the order of adjectives in German and why it really isn’t worth worrying about it.
What’s you experience with it? Did a teacher ever correct something like this? Or have you learned any rules about it in school? And is it really as strict in English as the textbook sources make it sound? Let me know in the comments below and maybe win today’s giveaway. Oh and of course if you have any questions about this, let me know as well.
Schönen, entspannten Tag und bis morgen :).