A quick, fun look at "fähig", a useful word as a stand alone but even more useful in compounds. Also: die Fähigkeit and a bad poem :). 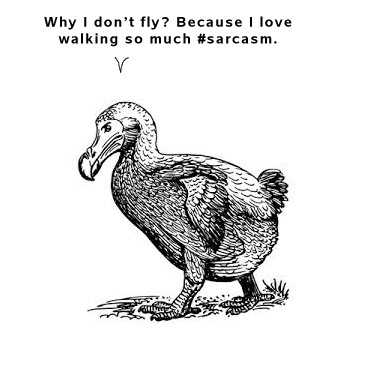 Fähig is a nice word. It’s easily overlooked but you can actually do a lot with it, heck it can help you do ANYTHING. But it’s kind of a weird word, too, because it’s  ig, which is one of the standard endings to create and adjective from something, added to  fäh.  And fäh is … well…  a very stupid sounding syllable. Fäh.  Fäääääääääh. So inelegant. What does it mean? Well, I had no idea and I had to look up where it comes from. I would never have guessed THAT origin but once you know it the words makes a lot of sense. Drumroll please…  brrrrrrrrrrrrrrrr…

fähig comes from fangen.
“Wait, the same as in anfangen?”
The very same. But … let’s just forget that for today. Fangen is related to the English word fang (which is a special tooth) and comes from the ancient Indo European root *pag which was about fixate, making firm, bond together…. the same root that evolved into words like pact or peace by the way. In fangen, the old meaning is still very visible; fangen means to catch. And fähig, which was more like fängig back in the day, was an adjective that expressed that you’re able to catch or hold something. Over time, as the ng changed to h, so did the meaning. It slowly this got the more general sense of being up for a certain task which led to the meaning it has today…. able, capable. And by the way, able comes from Latin habere which was about holding and capable comes from Latin capere which is about grasping, seizing. So, even though the words are not related to fähig, they have taken the same path.
Now, I think capable is actually the better match simply because able is so common. Fähig is not rare or anything but for the “every day being able to do something” it sounds a bit too stiff.
Anyway, time for some examples…

When used in context with people it actually sounds a little bit negative. Like the first example. But that’s totally not the case for the noun die Fähigkeit means ability, skill capability.

All right. Now, nobody is perfect and nobody can do everything. So sometimes we’ll have to  put fähig into the negative. We can use nicht, but just like in English we can do that by adding a prefix… un.

And I have to say… I don’t know how it is for incapable or unable but unfähig has somewhat of a negative touch. In fact, people use it quite a bit just by itself in sense of  very  incompetent.

Arbeitsunfähigkeitsbescheinigung… my god. She’ll probably be back at good health before the doctor is done writing that thing. That’s probably why in daily life the thing is called Krankschreibung which literally translates to “sick writing“. Speaking of which … have you read “Twilight Sparkle and the Crystal Heart Spell” from the My Little Pony series? Hold on, I’ll read some:
“All of Equestria had been celebrating since the joyous wedding of Shining Armor and Princess Mi Amore Cadenza. Cadance, as she was called, was one of the most loving mares in all of ponydom. […] She wasn’t just anypony. She was a young Unicorn pony with a violet-hued hide, a beautiful purple-and-pink-striped mane, big pony boobs and  incredible raw abilities... what? I wouldn’t be able to make this up. It’s a rea… oh, the word of the day… right, right. I’m sorry. For some reason I’m unfähig to concentrate today. Good thing we’re pretty much done. Just two more quick things.
Just like able, fähig can be attached to words. But the result is not really the same. A word with an able-ending usually tells us what you can do with something – readable, likeable, drinkable. Some words with -fähig do that, too.

But more often they talk about what something can do, not what you can do with something

Oh and of course it works with -unfähig as well.

These two endings are very common (on dict.cc there are 300 entries … I’ll add some useful ones in the vocab list below) but it’s not as easy and straight-forward to create new words with -fähig. You can try and play around of course but you might not be understood.
Last but not least there is the beautiful befähigen –  a verb, so noble in sound and feeling, Goethe made a whole poem for it.

Yap. This is of course pure bullshit :). Befähigen is a clunky, dry and super bureaucratic sounding word for to enable, empower, capacitate and I don’t think I’ve ever used it. But people do from time to time, so here’s an example

And I think that’s it for today. This was our look at the meaning of the weird sounding word fähig… or as I say it: fääääähig. Not the most useful word of all time but definitely worth knowing and it’s one of the ones that are kind of below the radar of books.
As always, if you have any questions or suggestions just leave me a comment.
I hope you liked it and see you next time…. with a little surprise.