A quick, fun look at the German word "die Lücke", its relatives and how they relate it relates to the English word ____ (put your guess here :). 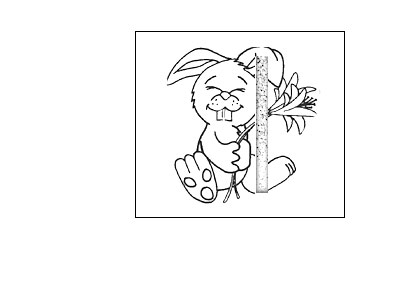 and welcome to our G__man Word of the Day, this time with a look at

Yes!
This example just happened. So what. Don’t look at me like that.
I have normal examples, too, though so let’s take a look.
Just mind the gap between intro and article :)

Bahnsteigkante… for real? Come on, German. Like… “Uhm… excuse me, by platform you mean the edge of the platform, right? I mean, I know English likes to be a bit vague. It’s fine. I just want to make sure I’m minding the right gap.”
Sigh… German really could really have a little courage to leave things unaddressed.
Or as you’d say in German: Mut zur Lücke. People say that for example when they prepare for an exam and there’s one topic that they deliberately don’t study for hoping that it won’t be part of the exam.

The really cool thing about Lücke are the super useful compounds though. I’m sure you’ll see some of those in daily life.

Cool.
So this is Lücke, the German word for gap.
Tadaaa aah.
And there’s not much more to say about it.
Now you might be like “Wait, it’s a nice word but … is that all?! Usually you have some cool surprises and connections.”
Well, I d o.
Quite a few.
And one is so cool, it might make your jaw drop and leave you with your mouth open.

Or should we say mouth gaping? Because that’s the first relative of the word gap. Now, that relation is not a big reveal. But there’s more. For example the word for one particular kind of having your mouth wide open. Need a hint? You do it when you’re tired.
Exactly. Yawning. Yawning and also the German translation gähnen are relatives of gap. In fact, the German gähnen is sometimes used as a direct translation for gaping.

The origin is the more or less ancient Indo-European root *ghai and the core idea was basically gaping hole. So it hasn’t changed much. Gasping is another member of the family. Or the German verb gaffen, which basically staring at something with eyes (and mouth) wide open.

But the real surprise are two words that come from good old Latin and Greek: hiatus and chaos. Yup, those two are related to each other. And related to gap. Hiatusis not THAT crazy actually, it’s basically a gap in time.
Chaos on the other hand… chaos seems pretty random. But it isn’t…. … …
… …
Get it, get it? I just did a thing there… ahhh… math jokes. Harder to get than
But seriously, the original meaning of chaos in Ancient Greek was somewhat similar to chasm… a gaping void. Greek philosophers used it to refer to emptiness that was there before all things but also for “world matter” in it’s ordered state; so that’s how the notion of disorder came about. And oh, speaking of matter… what’s the most chaotic state for matter? A gas. The word gas is actually an invention by one single person, a Flemish chemist, but he basically made it as a variation of the word… coahs.
Yawn, gas, chaos…. pretty cool right?

But now we need to of course also look at the family of Lücke. And the closest , most obvious relative of Lücke is Luke.
And we can all do the math… if Lücke is related to Luke, then that that means Lücke is also related to freaking Yoda.
#nerd-triggered
Seriously though, a Luke is a small window or door-like opening.

Lukeis not very common, but the next relative of Lücke is… das Loch. Which is the German word for hole.

Gee, they really need to fix that side walk in front of the library.
Badum tish.
Anyways, Loch is definitely a word you need and be it only to accurately describe other people… like… say… ex-boyfriends… or a waiter at a Berlin café.

And there are a few words based on Loch, so let’s take a look at those, too.

I wish I did. I feel so constipat… okay, this is getting really weird.
Time to wrap this up. Just one more weird thing real quick.. the relation that Lückeand Loch have in English. Because the English relative is… drum roll please…. the lock.
Yup. I though the same when I found out about that.
And I’ll leave it up to you to close that Lücke. Let me know your theories in the comments :).
So this was it, our look at Lücke and a whole bunch of trivia you can bore your friends with. Like… the word gas being invented by a Flemish chemist, modeled after the word chaos. The beer pong table will be empty when you tell stories like that.
Seriously though, I hope you enjoyed it. If you have any questions, just leave me a comment. Otherwise, I’ll see you next week :).

die Lücke(n) – the gap(s)
die Parklücke – empty parking spot on the side of the street
die Zahnlücke – the tooth gap
die Erinnerungslücke – the gap in memory
lückenhaft – fragmented, full of holes (not in a factual sense)
der Lückentext – the cloze, fill in the gap text