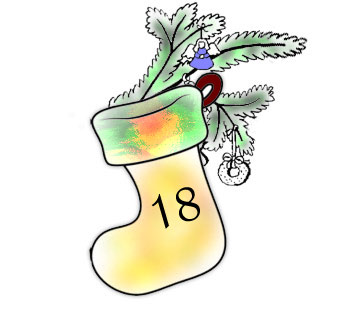 The pig is probably one of the most common animals for expressions all over the world. And the thing they’re most known for, and hence the most common topic for pig-idioms  is their ability to do calculus.

Okay…. of course I’m kidding. This is NOT what you’d say in German.
I mean, they ARE really good at calculus (I had one do my homework back in the day), but the thing they’re usually associated with is that they’re dirty. And German has a bunch of variations over that theme.

And the first idiom I want to show you is probably loosely based on this.
The first one is kein Schwein  and it is a common, colloquial way to say nobody.
The original idea was probably something like “Not even a pig (or pig like person) …” but it doesn’t sound as strong anymore.

I mean, it is still rough, but it’s not at all vulgar or offensive and there’s actually a quite famous song with it. I’ll put a link below, but first, let’s look at the other expression: Schwein haben.
Literally, it is “to have a pig” and believe it or not, here the pig is a synonym for…  luck.
Yes, luck. Schwein haben essentially means to be lucky. Actually, the pig is a symbol for luck in general, just like a four leave clover.

It’s actually no exactly clear where this notion and the phrasing Schwein haben come from and there are several theories. One says, that Schwein was a synonym for a very high value card in a card game. Another theory says that it was because at some medieval competitions you’d get a pig when you finish last, so you got something good without doing something for it.
And even though these sound already super convincing, but my favorite theory is my own… Schwein haben was coined by young scholars when they were allowed to bring their pet pig with them to the calculus exam.
Tadah. #originsolved #comingfullcircle
Anyway, examples…

Schwein haben is super super common in daily life and you should start start using it.
And in case your significant other asks you to not eat like a pig when with their parents at Christmas just say: “Freu dich doch, dass du Schwein hast.”
They’ll be convinced. Probably :).
And that’s it for today. I hope you enjoyed it. Leave your thoughts and questions in the comments,
have a great day and bis morgen.

Here’s the link to video to the “Kein Schwein” song.  (if it ends up as an embed, it’s not my fault, dear lawyers)

This entry was posted in Advent Calendar. Bookmark the permalink.

The Schwein idioms kill me every time!

How about this one:

(Butter my butt and call me a biscuit)

Because we quickly went over genitive at the end of term, I‘m happy to have the opportunity to review:

Der Sänger der Oper IST viel zu laut.
(The opera singers are way too loud – no ody could hear themselves speak in here)

Why is it IST and not SIND – Die Sänger is plural.

And not having the solution to yesterday‘s Suchratsel is bugging me.

I have actually never heard the first one. It makes perfect sense though and it’s very visual. #like.

Clearly, it should be “der Sänger”.
And as for the solution:

That’s the part you were struggling with.

Hmmm… you tried something quite difficult here, and you failed :).

Hiya,
Bitte explain to me why “spielen sehen” and not “spielen gesehen”. I’m confused…
Danke

So glad you asked that! Wondered the same but didn‘t want to monopolize his time – you are allowed because you aren‘t mail bombing like I am.

It’s the same “phenomenon” as what we talked about when we were looking at the conditional this fall.
When you have a helper verb and two other verbs forming a tense, there’s no ge-form used

I think the latter might also be correct with “gehört” but this way it sounds better to my ears.

I’m somehow more swayed toward “gesehen” because sehen is not a helper verb. Just like you’d say “Ich habe dich etwas gefragt” (not fragen) … compared with “ich hätte dich etwas fragen können” … although I have heard “gekonnt” (during my stint in Vienna)

Interesting that you mention that. In another thread (I think under the article for conditional, someone said he had asked teachers in Austria and they had told him that “hätte… machen gekonnt” is proper. So this confirms it for me that it really is different in Austria.

Lots of pig idioms in German – even more if you count expressions with “Sau”.

Hi, I am learning German these and I found it’s too hard to learn.
And of course it harder than English.

Ok, how was the satzbau on that last bit?

Hej,
I’m sooo happy for you!
I was going to ask tomorrow, but I’ve just seen this comment!
Do you live in Lund? I’m going to Malmo in March, any suggestions on which “sehenswurdigkeiten” I should see?
Tak!

Wow! Nobody EVER goes to Sweden!

If Ema gives me the go-ahead to write my Handynummer, then you can sms me – if you have an iPhone TOLLE! If not, you can use my mail.

Glad you showed up – wanted to than you for the Onleihe tip! Sitting here, RIGHT NOW, an der Bar, at the Grand Hotel in Lund, enjoying a Paulauner weiß after my speech, READING A BOOK I BORROWED FROM ONLEIHE! „Rubinrot“ from the Jungebücher – really getting into it!

With “fressen” it sounds much more negative. With “essen” you at least still use the “human” verb.

I hear “keine Sau” fairly often. Is that interchangeable with “kein Schwein”?

To me, “keine Sau” sounds rougher. Like… you wouldn’t find a song with it. But the meaning is the same.

Hello Jake, I found this in LEO..

Translation:
Nobody really gives a damn / a sh*t …

Translation:
It sucks. Nobody writes to me.

So I don’t think you can use it interchangeably.

Nice post! Love all the pig/pork expressions in German! I wrote a post on it a while back too – https://expateyeongermany.wordpress.com/2015/01/22/as-happy-as-a-pig-in-shit/ – enjoy ;)