Advent Calendar 7 – “These verbs are pros” 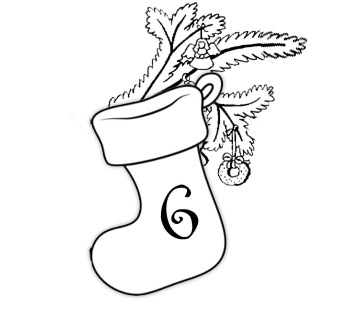 and welcome to the German is Easy advent calendar. And behind door number 7 are

Like any language, German has a wealth of proverbs and expressions. Today, we’ll look at 3 really cool ones. They’re common, in current use, really short and showcase what the German language can do with its grammar.
Now, proverbs are like spices. If you use too much of them, they… ahem… ruin everything you’re cooking up. But a pinch here and a dash there can really ameliorate what you’re… ahem…  cooking up.
Wait… I just used that cooking up twice, right? Well, that brings us right to our first proverb

Literally, this is a short version of “[Sewed] double holds better.” and that might already be enough to guess the meaning. Do you have an idea?
The translation is

You can use it whenever you do something twice in some way. Like… checking two times whether the stove is off, setting two different alarm clocks or ordering a second beer. It’s just three words, it has a good flow and it’s one of the most common ones out there, so you should definitely add it to your vocab.

Cool. The next one is also kind of about how one time is not enough to make a difference, but from a different angle.

The literal translation is

and native speakers… can you make that a thing please?! Come on, it just sounds soooo much cooler and flow-erer than

When do you use it? Well, usually people use it in contexts where something bad or slightly bad was done and they want to sort of pardon it. Like… you show up too late to the first date with your new crush. Or you take something from the fridge shelf of your new flatmate.  Or you get an adjective ending wrong. Like…. you’re like “Hallo, ein groß Bier bitte.” and the bartender goes like

“Well, well, well…  what have we here… a German learner.
It should have been großes, not groß. But okay for this time it’s fine. Einmal ist keinmal how we say in German.”

The best response then is of course:

And when the bartender looks at you confused and embarrassed because his English is not native like after all, then the moment has come for our last proverb of today:

Literally, it means “As you (do) to me, alike  I (do) to you.”.  and I really like this one. It is so short and elegant, it has a nice flow, it rhymes and it sounds much less serious than Auge um Auge (an eye for an eye). And you can use it as a memory help for Dative and the  “wie – so” connection.

Cool. So these were 3 cool, common expressions, that show that German can actually be elegant.  How about you? Do you like them? Have you heard them before? Have you used them? Let me know in the comments below and maybe win today’s giveaway. Have a great day and bis morgen.

Oh and in case you’re worrying:
No one has ever been denied a large beer due to a faulty adjective endings :)