Word of the Day – “die Eifersucht”

Jealousy and envy - they're not nice feelings, but we all know them. Today, we'll learn the words in German and uncover some really surprising family ties. 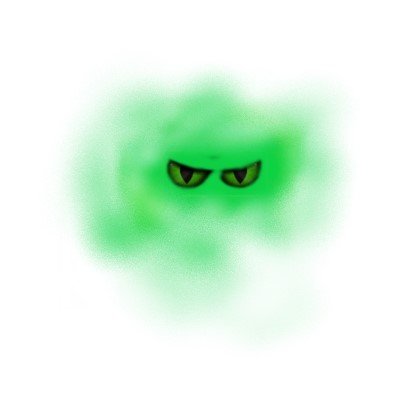 and welcome to our German word of the day. Spring is coming to the Northern hemisphere, with balmy evenings, birds, skirts, shirts and flirts. And what better time to talk about one of the least rational emotions of all:
jealousy.
Or in German:

The word Eifersucht consists of the two parts – der Eifer and die Sucht. Die Sucht is the German word for addiction and I’m sure many of you immediately thought of the verb suchen. I definitely did… I mean, if you’re addicted to something, you do seek or search that.
So I was genuinely surprised when I found out that die Sucht actually has nothing to do with suchen.

Instead, die Sucht is related the word die Seuche, which means plague or pandemic and the fairly rare verb siechen, which describes the slow physical decline from an illness. And Sucht itself originally was a word for illness.

And looking at those meanings, you might be able to guess the English member of the family… it’s the word sick.
Originally, German also had the adjective siech but then Germans started using krank more and more. I mean… krank… it does sound kind of sick.
So yeah, siech eventually fell out of use, but the related words die Seuche and die Sucht are still around. Oh, and of course the adjective süchtig, which means addicted.

Cool, so Sucht means addiction and it comes from an idea of illness. That’s a pretty damn good match for jealousy. But what about the first part, der Eifer.
Well, it’s not really a word you need to use actively, but you can find it in various forms in daily life here and there, and the core idea is zeal, effort.

This is a fairly new meaning though, and we most likely have Luther to thank for that. The famous 15th century software developer used Eifer in his Bible 2.0 Christianity blockchain protocol standard as a translation for the Latin zēlus in a sense of “anger/agitation borne out of caring”, which then slowly got a positive spin.
Like my boss always used to say… “I swear because I care”.
And it wasn’t no oaths she was swearing.
Anyway, before Luther’s use, the word Eifer meant.. drumroll please… jealousy. Yup, I am not kidding. And it’s not really known where that comes from. It might be based on an old Germanic word for bitter or tart which would make Eifersucht kind of the  “tart/bitter disease“. As I said… it’s not really scientific canon, but that certainly matches the feeling.
Cool.
Now, time for examples:

And time for examples is over :).
Seriously, there isn’t really much to talk about in terms of usage, but we do have a little time left on the… uhm…  German Experience podcast, so I wanted to talk a little about jealousy’s little brother envy.
So Joe, jealousy, or envy…  where would you put your money if the two were to duke it out in the Octagon, Joe.
“That’s an interesting question… the two definitely have similar fighting styles and they both have incredibly stamina. Man, they can go on forEVER. It’s truly remarkable…”
Yeah… it’s pretty crazy.
“But if I had to pick one, I think Jealousy is gonna win it. Yeah, Jealousy would take it home. It’s got way more passion. Like envy is a little sneakier and quicker maybe, with lots of little jabs but jealousy man… if that gets into the zone, man…”
Yeah, I think so to. Do you know what envy is in German?
“No. I’m kind of doing the Duolingo German tree, but I’m only in the beginning.”
It’s der Neid.

“Ohhhhh… is it related to need? Sure looks like it could be. That would make sense, right? If you feel envy, you feel like you need something.”
Yeah, but no!
Neid comes from an old Germanic word that started out with a sense of “competitive feeling” and soon took a hostile turn. And there aren’t any English relatives. At least none I could find.
“Okay, I get it. So scientifically, Neid and need are not related. But if I wanted to use that as a learner to help me remember, I could still do that, right?”
Oh yeah, absolutely. It’s definitely a nice little mnemonic:  Neid is kind of a need gone sour.
It’s kind of similar in English, by the way, because the word envy is based on envision, so it’s basically “envisioning gone sour”. The French word envie actually covers both sides, because it means envy AND (positive) desire.
And while we’re at it, let’s also mention where jealous comes from. We’ve kind of actually already seen it earlier, when we were talking about Eifer. Because  jealous is a variation of… drumroll … zealous. So there too, we kind of have a dichotomy. There’s a positive aspect of being protective and caring, and then a sour, overdone version of that.
And speaking of dichotomy … the sentiments of envy and jealousy are actually fairly similar and primal and often come from the same source. And I find it oddly interesting that so many languages have two distinct, unrelated words… German, English, French, Russian… they all have two words and everyone knows for the most part when to use which, but when you ask people to explain the difference, they have to think for a bit. I think in Hebrew for example, there is only one word for both concepts and I’m REALLY curious how it is on other languages, like Chinese, Hindi or Arabic and if this two-word approach is something we got from Greek philosophers maybe.
So if you speak any of these languages or if you have any thoughts about this, please please, share in the comments :)!

But yeah… so the German word for envy is der Neid, and adjective is neidisch and the use is pretty straight forward.

Oh and let’s not forget the verb to envy.  One option is  beneiden, but in daily life “neidisch sein auf” is way more common.

And I think that’s it for today.
This was our little look at the German words for jealousy and envy and their little family relations.
As usual, if you want to check how much you remember, just take the little quiz I have prepared for you. And if you have any questions about the post, just leave me a comment.
I hope you liked it and see you next time :)