Eingehen - to shrink, arrive, agree, wither - it’s all over the place. Eingehen is also used for being unchallenged/bored or to go in on some sort of deal. 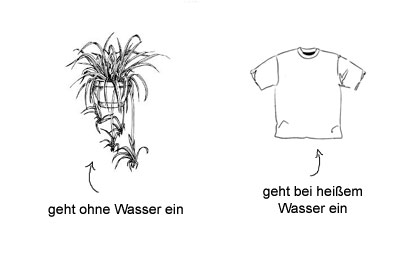 and welcome to today’s German is Easy prep-meeting, sorry I’m late again.
“Hey Emanuel.”
“It’s just half an hour, man, you’ve done worse.”
Haha true… so let’s see who’s here… uh Laura, Steve, Jamal and me and of course our interns. You guys keep your mouth shut, though.
“Uhm… okay.”
Nah kidding… of course you can speak up.
All right, so as far as I know our next show is gonna be about the prefix verb eingehen. I actually didn’t do much preparation except that I briefly looked it up in a dictionary but my god… to shrink, to arrive, to agree… it’s all over the place.
“Yeah, it is one of those.”
So, did you guys find any logic in this mess?
“Well, it does have a range of meanings but they’re actually not as random as they seem.”
Cool, then walk me through it, okay?

“So, eingehen is a combination of ein and gehen. Gehen is pretty clear I think and ein is basically in, just in prefix form.”
Wait, why wasn’t it just in? Why’s the e there?
“Oh, it’s just how it is, nobody really knows.”
Oh okay… so we have the combination of in and to go. Lemme guess … it doesn’t mean to go inside, to enter.
“Damn right, it doesn’t.”
“Well, it can mean to enter… just not in the literal worldly sense of entering a building but in some abstract cases. It’s quite rare though, so yeah, it makes sense to not think of it as to enter. But it does have something to do with in. Jamal, you can explain that better than I can.”
“Sure, so we ran a principle component analysis on examples for eingehen and we were able to identify 2 and a half main ideas.”
Two and a half…  that’s not that bad actually…
“Yeah, the first main idea is that of shrinking, becoming smaller.”
Uhm… lost me.
“Well, think of it this way. When you grow, you kind of move outward and shrinking is the opposite…. you move inward.”
Hmmm… makes sense, I guess.
“The thing is that this eingehen only works a a few very specific contexts. A T-Shirt can eingehen. That’s literally to shrink. The shirt goes inward. And then plants can eingehen  which means they wither and die.”
Oh, like… the plant becomes smaller, moves inward..
“Exactly, that’s the idea. And this eingehen is also used metaphorically for people at times, usually in context of being really unchallenged and bored at your job…. do you wanna hear the examples?”
Yeah, definitely.


Okay, cool… just a quick thought… how about if we make that a skinny jeans instead of a T-shirt? Like… because it’s already super tight? Wouldn’t that be funny?
“Uhm… it’s uh… let’s just keep the example as is, okay?
No problem…. so what’s the other main idea of eingehen?
“That one’s even more abstract than what we just had. It’s about going in for some sort of offer.”
“Yeah… a bit like in English where you can be “in” on a deal or something… just eingehen is about the moment of getting in. It’s really hard to find a fitting translation so we’ll have to hope that the examples clear it up enough. Here they are…”

Ah… I think I get it. But wouldn’t it make more sense to put the last example first? I mean, it’s super short and it’ s pretty clear about the whole “go in for an offer”-thing….
“Yeah, we thought about that but the thing is that the auf in this example helps us transition to the  eingehen that’s probably the most useful of all of them.”
Uhm… what auf?
“Well, it was auf das Angebot eingehen… “
Oh geez, auf eingehen… what a damn mess this language is…
“Yeah, it’s pretty random… but anyway this phrasing eingehen auf is used in contexts of going in on some sort of topic….”
” … which, with a lot of mind bending, we can see as an offer… ”
“… exactly…. there’s some sort of topic on offer and you go in, you get involved, you engage… no idea if that helps. ”
Hmm…  I think I need the examples.
“Sure… hold on…”

Man, why can’t there ever be just one simple translation… so annoying.
“Haha… it gets even better. This eingehen can also be used with people and then it’s REALLY hard to translate. eingehen auf someone can express the very general idea of not ignoring someone in sense of listening to them, caring about what they want… ”
“… this couple stuff… you know… I mean… it’s not exclusively used in context of couples but it’s very common there…”
Let me guess… we have a Thomas-example here?
“Haha… of course.”

All right… so let me recap that to see if I got it right… eingehen can express the idea of “negative/inward growing” but that one is only used for clothes and plants. And then eingehen can mean to go in on some sort of offer in the sense of accepting that offer and that offer can be a contract for instance but it can also be a topic of sorts, in which case eingehen is combined with auf for some stupid reason and last but not least this “topic” can also be a person and their thoughts and feelings… did I get this right?
“Yeah, you nailed it.”
Ho-ly shit… I have a headache. Interns… who of you is on coffee duty today?
…. who of you is on coffee duty today?
“Sir, that’s me Sir.”
Haha… at ease Private. What’s your name again?
“Dakota.”
Dakota?! Like the…. hmmpfff… (*starts snickering)
“What? Why is that funny?”
Hahah… nah, nothing…  it’s just… I just thought of this really, really dirty joke with an access pipeline …
“Uhm… I don’t think I wanna be in on that.”
Yeah… just forget it… uh… could you bring me a triple shot matcha almond latte real quick?
“Sure. ”
Thanks… so… were those all the meanings of eingehen?
“Actually no, there’s a couple more… they’re pretty self-explanatory, though. Here are the examples:

Wait… these are actually the closest so far to the idea of going inside, entering.
“Actually, yes.”
Well, shouldn’t we start the show with those rather than with the mind-bending-shrinking?
“Yeah, you’re right… Laura, can you change the script accordingly.”
“I’m on it.”
Cool. But that’s it with the meanings then, right?
“Yes, that’s all… there might be a few here and there but we’ll leave those to the comments. We’d now transition over to the noun der Eingang which actually means entrance and give some examples with a few compounds with it.”
“Wait, do we actually need those? I mean… what’s the purpose of spending time on Eingangstür or Hintereingang… our audience is super smart and they can figure these out.”
“Hmmm… I guess you’re right… so no Eingang-compounds. But I’d kind of like to keep Posteingang. I think that’s kind of useful.  How about these two examples?”


“Perfect, let’s take those. Now… what are we gonna do about eingangs?”
“Ah right, I forgot about that.”
Wait, what’s eingangs?
“Man Emanuel, you really didn’t prepare at all.”
Sorry!
“Eingangs is an adverb that expresses the idea of “at the beginning’. It’s usually used when someone refers back to what they have said in the beginning of a text or monologue. Like… a very common phrasing is

And is it useful in daily life?
“Not really, it’s more for writing.”
Let’s not address that then and instead go right to

“No need to yell, Emanuel .. hahaha”
Haha… the excitement just overwhelmed me. So .. Laura… any unpleasant surprises with reingehen?”
“No, it’s a super standard r-version and means to go inside. Really nothing to explain there. But we should use at least 3 examples, just because it is so common “

“And maybe you could stress again that even though it’s just one letter difference, eingehen would sound confusing as shit in that context.”
“Language, Laura.”
“Sooooorry… so yeah… then we’d wrap up…  quick summary, telling them to leave questions in the comments, wishing a nice day … the usual stuff.”
Sounds good! So Laura, you will do the changes to the script, right?
“Yup.”
Cool, and I’ll throw a few jokes in there… nothing funny, just some dumb puns.
“That’s what you do best.”
I know. Everyone has a talent. So…  Steve… how is it? We’re done here, right?
“Yes, great work everyone, thanks a lot!  We’ll see each other after lunch with the 39th meeting on the position of nicht part 2”
Ugh… awesome… NOT!
“You know what I was thinking… imagine one of these meeting was accidentally broadcast on air.”
Gee, that would down in history as the meta-est thing ever.
“Haha, yeah…. wanna get Korean food?”

to die (for plants)
to shrink (for clothes)
to arrive (for mail, rare)
to enter, agree (for relationships and deals like a contract)

spoken past:
form of “sein” + eingegangen

der Eingang – the entrance
eingehend – extensive, thorough, “going into the matter”
reingehen – go inside
eingangs – in the beginning (high brow, usually in context of referring back to something you said in the beginning of a speech or something)