Aussetzen has an eclectic set of translations: Expose, suspend, plant, criticize, maroon, skip. Placing "outside" in some way is the core idea, though. 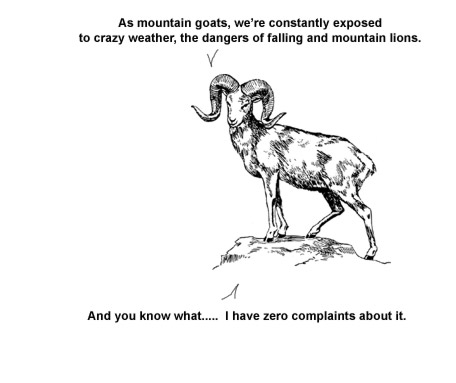 and welcome to yet another episode of German prefix verbs explained, one of the longest running and most captivating series’ses’s in television history. And it’s not even on television.
:|
Today’s verb is another one of those hidden gems. You won’t find it in textbooks and “normal” vocabulary decks, and it seems really random and boring at first glance, but then you find out about it’s everyday use and boooooom…. your heart SKIP SKIPS a beat… hint hint.
Ladies and gentles, get ready for a look at the meaning of

When you look up aussetzen in a dictionary, it’s very likely your heart skip ski… oh wait, we already had that. Aussetzen really does have an eclectic selection of translations, though. To expose, to suspend, to plant, to criticize, to maroon, to pretermit, to skip and many more.
But the verb is actually really straight forward. All of these meanings come from one simple core.

Like with all placement verbs, it’s not very helpful to pin a single translation on setzen. It makes more sense to just think of it as a word for the broad idea of setting and placing. The prefix aus can express “switched off”-ness and outside-ness and often it adds both ideas to a verb. But in the case of setzen all we need is outside.
Placing something or someone “outside” in some way. That’s the core idea of all the various translations.
Let’s put it to the test.

The most obvious version is probably this one:

This is really about getting put/placed outside… outside on the island, outside from the safety of home, outside in the wild.
And this actually brings us right over to the next meaning. Marooned on an island, you’ve got to face all kinds of stuff… mosquitoes, crazy island weather, hunger, scary animal noises, the constant complaining of your partner that it’s the worst vacation ever. You’re exposed to all that. And that’s also a meaning of aussetzen. In fact… check this out: ex-is the Latin prefix for “outside” and “pose” is a placement verb. Aussetzen and expose are kind of literal translations. Aussetzen is much less common though, and you always need to specify (using Dative) to what something is exposed.

Man, Thomas is such a dick sometimes. I really don’t understand why Maria … but I digress.
The next meaning of aussetzen is a tad bit more abstract. It’s still about placement outside of something, but this time it’s about placing outside of some sort of progression.

Note that with the exception of Runde in the first example, this aussetzenusually doesn’t take an object. It’s NOT the right word for skipping lunch or skipping a chapter in a book. For that, auslassen or überspringen are the ones you need.

All right.
Now you might be like “Uhm… Emanuel, didn’t you promise that our heart would skip a beat? As in… aussetzen is so cool? Well, just so you know… it hasn’t skipped yet.”

And you’re right. The meanings we had so far were interesting but nothing more. The cool one comes now.
You see, you probably didn’t know (kidding, ‘course you did) but Germans like to complain a lot. And they can find something negative about pretty much anything. Even an anode.
…
:| :| :|
…
Physics jokes. Always a sure miss.
But yeah, Germans do have a penchant for finding the one little aspect about something great that is not so great and aussetzen is the perfect word for that. “X an Y aussetzen” means “to criticize X about Y”. How does that fit in with the core idea of aussetzen? Well, you “place” one aspect about a thing “outside” of the overall positive judgment… I hope that makes sense :).
It’s pretty common in daily life and I’m sure you and it will cross each others’ paths eventually. Wow, that sounded weird. Anyway, examples.

Sweet.
Now, there are a few other phrasings with aussetzen out there but they’re all pretty narrow and nothing you’ll need. And if you really come across one, I’m sure you’ll be able to guess the meaning with what we learned today.
So instead of looking at those, we’ll focus the rest of our learning energy on raussetzen.

Not exactly the definition of useful, but it’s one of those words that make you sound super native speaker-like if you use them at the right time.

And that’s it for today. Hooray.
This was our look at the prefix verb aussetzen. As always, if you have any questions or if you want try out some examples or if you have something to daranaussetzen about this article, just leave me a comment. I hope you liked it, and see you next time.

aussetzen – skip a turn (mostly in board and card games)