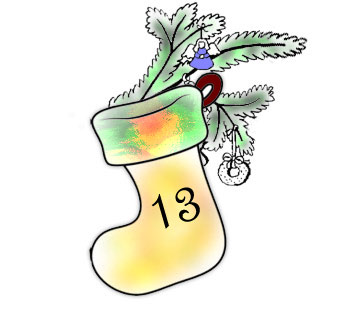 Hey Deutschlerner around the world,

door number 13 of the Advent calendar and today, it’s time for a few proverbs. Because it wouldn’t be a proper Advent Calendar without them.
I’ll introduce you to three of my favorite ones. Neither is super common but I really really like them, both for their message and for their wording.

Here’s the first one:

Now, this sounds like an idiom about the fact that young people learn quicker than older folk.  But the actual idea is a bit different. Or let’s say, it’s limited: to manners and good behavior. Like… a practical example would be, if someone just doesn’t learn certain office rules as an intern, they certainly won’t learn it when they’re line manager.
So if I had to translate it, it would be something like this:

When would you use it? Well, I can’t really think of a use example, actually. I think I haven’t used it in quite a while, in fact. But I still like it, so I wanted to share.

The next one is a bit more useful.


The key is the word Pack. It is related to the English noun pack as in a pack of wolves. But das Pack in German is actually a quite derogatory term for a group of people you think are way below your standards… dumb, ill-mannered, ignorant, violent. A bit like knucklehead maybe. Yeah, let’s use that. Then, the saying translated to

The message is that their fighting doesn’t really mean anything and will be forgotten after the next beer. So you shouldn’t even bother.
Again, let me give you a work example… two people, who you think are idiots, are getting in an argument, with yelling and crying and whatnot. Then you could say the proverb, because you know that two days later they’ll be best friends again.  It is a rather strong and negative expression though. Calling someone Pack is quite a strong insult, even among friends. So don’t use it too often :)
Cool.
The last one is even shorter than this one, and it’s also the one I use most often. AND it’s the one that will make the least sense to you.


The thing is… hui and pfui aren’t really words. They’re exclamations. Hui (or the variation ui) is an exclamation of astonishment (good, bad, surprised).. kind of like a short whistle in English. Like… just imagine you enter the kitchen where someone is cooking. Then you’d say this:

And pfui on the other hand is an exclamation of disgust. It’s not really used to express that you’re disgusted in the moment. That would be “Ihhhhh”. But you can find it in context of disgust quite a bit.

And it’s like THE word to tell dogs stay away from that rotten fish at the beach.

And now let’s look at the expression again.

Do you have an idea what it means?
It’s basically about something being all shiny and cool on the outside or first sight and rotten at the core. A fancy restaurant with fancy waiters and stuff but then they microwave their food for instance. Or this absolutely gorgeous, charming guy who is an absolute asshole.
“Aussen hui, innen pfui” really is the perfect expression for our appearance obsessed world, so you should definitely add it to your active vocab.
People will be really impressed by how native your German sounds ;).

And that’s it for today. How about you? Have you heard any of those before? Do you have a good translation, maybe? Which one do you like best?
Let me know your thoughts and questions in the comments (which I’ll answer 3 days late … for shame :)
Have a good one, and I’ll see you tomorrow.