A fun look at the meanings of "auflegen" and what dj-ing has to do with making phone calls and newspapers. 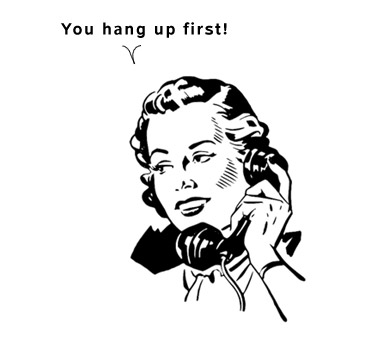 and welcome to a new episode of German Prefix Verb Shorts. This time we’ll have quick look at the meanings of

Auf can add two notions to a verb: on-top-ness and open-ness. And in combination with legen, which is to lay we’re only dealing with the former. Only that? Wouldn’t to lay open make sense, too? Yes, in theory. But the verb for that is offenlegen. So… the aufin auflegen is really just about on-top-ness. Does auflegen just mean to lay something on top of something? Well, if you know German Prefix Verbs a bit then you know that there’s probably a little twist to that. Not crazy one this time, just a bit. So, are you ready to take a look? Great.
The idea of putting something on top of something is definitely very present in auflegen. And it’s not twisted in crazy ways either. The trick is that it only works certain contexts…. certain things you put on certain other things. And for the two most important ones let me tell you the story of that one time when I called in on the radio.
When I was in my teens about 200 centuries ago there was this call in show I used to listen to a lot and one day the topic was “Things you’re really good at.” And I had an idea. And I found it so funny that for the first time ever I called. They took the call and before I knew it I was on the air. Man, I was so shy and nervous :). The host, who had quite the reputation for eating wanna be pranksters for breakfast, was like “So what are you really good at, Emanuel?” and I stammered out the sentence I had in mind

The host was like “Oh nice. Let’s hear some.” I said “Okay”.
Then I hung up.
After a short moment of silence, the co-host started laughing and was like “Buurrrrrn.” and the host was like “Look what smart an audience we have.”. I was so proud :).
So… what’s the joke? It’s of course auflegen…

Auflegen means to dj and to hang up the phone. And as random as that may seem… it makes sense. IN both cases you put something on top of something else. The discs on the player and the telephone receiver on the telephone. Hmmm… I wonder how that verb will hold up. Maybe 50 years from now we say “wegwischen” (swipe away).
Anyway, besides discs and phone receivers auflegenalso for hands (in context of healing) and make up.

Oh and for books in sense of publishing an edition

In fact, this use has kind of broadened and today you can find it with all kinds of items that are being released on the market in some way.

How does this meaning tie in with the idea of on-top.ness. Well, I’m not sure actually. Maybe it’s even the open-idea of auf. Like… publishing a book is in some twisted way laying it open for everyone to see. But I don’t know. Probably it has something to do with printing book… like… laying the print proof on top or something. Either way, this meaning of auflegenbrings us right to the related noun die Auflage. In context of books Auflagemeans edition and in context of newspapers it means the circulation.

Besides that, Auflage is also used in a very factual sense of for deck chair cushions (Auflage für den Liegestuhl) and mattress toppers (Matratzenauflage) and there’s also an abstract use in sense of condition or restraint. Condition not in sense of “If the weather is nice” but in sense of “You must do (or not do) this if you want to do that.” Like… think of it in a literal way as someone “laying a condition on you”.

All right. Now before we get to the usual r-version, there’s one more sort of fixed expression that talks about our mood… especially about what we feel like doing.

It’s usually used in the negative, so people use it to say what they DON’T feel like. And it’s especially common in context like Spaß (fun) or Scherzen (joking) or gut (good) because… you know… Germans
:[
Anyway, you can technically also use it for schreiben or kochen or küssen but it sounds a bit formula-esque and keine Lust, keinen Bockor nicht in der Stimmungare definitely more common.
Cool. Moving on to the r-version.

The r-version does what the r-versions usually do… be straight forward and take the combination of prefix and verb literally. Rauflegen simply means to put something on top of something.

Rauflegen is one of the r-versions that you WOULDN’T use if there is already the same preposition, in this case auf, in the sentence.

Other r-versions are different in that regard so I thought this was worth a mention.
Oh and another thing… for many prefix verbs the r-version can take an extra “d” without changing its meaning. That’s the case for auflegen,too. Kind of. Because drauflegen has also taken on somewhat of a meaning of it’s own. While rauflegen is simply about laying something on top of something drauflegen leans toward the idea of putting something on top of a fictional pile. And while you can use drauflegen for rauflegen you cannot really use rauflegen for drauflegenwithout losing the special meaning. Yeah… isn’t German just a lot fun?
Oh… well, I guess not.
So, BY FAR the most common use of this piling-drauflegen is as a figure of speech for putting down more money, but people also use it for other quantities and sometimes even for actual piles… that’s rare though.

The second one is a common expression that literally means to put on a shovel of skill or effort.
But as for us… we don’t need to put on anything extra today because we’re done. YEAH! This was our look at the meaning of auflegen. As always, if you have any questions or suggestions just leave me a comment.
I hope you liked it and see you next time.

spoken past:
form of haben + aufgelegt

related words:
die Auflage – the edition( books), circulation (newspapers), the condition (imposed by someone), the topper (mattresses, deck chairs)
aufgelegt – used in “zu etwas aufgelegt sein” – “to be in the mood for something”