We'll explore the different meanings of "anlegen" and the noun "die Anlage" and hopefully understand what taxes have to do with parks and challenges. 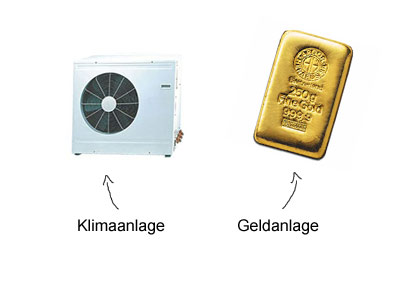 and welcome to … ugh… sigh… anooooooother prefix verb. How many more are there, Jesus Christ!
“Many, Emanuel, many. They abound.”

Uhm… thanks Jesus. You might wanna look up what a rhetorical question is some time.
“Oh yeah?! And you might wanna look up what a roundhouse kick is some time.”
Oh, scary…
“Yeah, indeed. MAGA motherf” NOT you, Jesus! I mean the range of meanings of the verb we’ll look at today. That’s what’s scary. Ships mooring, planting a garden, pushing for something, looking for trouble and investing money. And others.
So, looks like we’re in for a wild ride as we look at the many meanings of


Are you ready? Then let’s go.

In a local sense, an expresses the idea of at, next to. And some of the uses of anlegen are indeed based on that idea.

It’s not super literal but I think you can agree that there’s some form of something laying “at” something in these. But unless you’re a sailor, a police or you have a time machine you won’t really need them.

By far the more useful anlegen is the one that’s based on the other idea of an – and that’s the idea of in motion. One aspect of that, the one we know from English, is the idea of devices being on. But an is also used for the wider idea of beginning, inception.
And that’s the key to why anlegen essentially carries the idea of creating. You put (“lay”) something out there,  you lay the foundation for something that hasn’t been there before (“inception”). Maybe planting is actually the best way to put it but the translation depends on context as you can see in these examples…

… and then also in these examples…

Phew… from (landscape) architecture to computers to investment banking. That’s quite a crazy range. I hope you can see this idea of planting in all of them. You plant a pond, you have something planted in you, you plant your lottery win.
But as broad a range as it is, anlegen is not a verb you can easily generalize and use in new contexts. Like… you shouldn’t think of it as a general translation for to create, for example. The contexts from the examples are the most common ones.
Also for the related words, by the way, so let’s take a look at those as well.

Anlage in the last example doesn’t actually fit in with the others because it’s more about laying something next to something.

Anyway… now, these were already quite a few uses for one verb but there are more.  Two special phrasings to be precise. And both are pretty common in daily talk. The first one is anlegen combined with a self reference –

– and it’s kind of what I did with Jesus at the beginning: taking on someone, confronting in the sense of  trouble.

In an ideal world, I would now give you a perfectly logical explanation as to what the logic is behind the self reference and why sich anlegen has this meaning but I got… nothing. I can’t give you an explanation because this world is FAR from ideal.
“Are you saying my dad is fallible?! You’re really pushing for that roundhouse, aren’t you?”
No, I’m not pushing for “that roundhouse”. I don’t think you would roundhouse anyone anyway. I mean, wouldn’t that be very un-Jesus-y?
“It’s modern day Jesus-y”
Well, I guess so. Anyways, speaking of pushing for something… that’s actually the meaning of the last phrasing with anlegen:

More precisely, the idea is that you push close to or past some limit even though you know that it might not be a good idea.

Before you ask…  yes, the es has to be there and no, it doesn’t really stand for anything specific :). But at least I can give you an idea about where this phrasing got its meaning. It’s from (yet another) niche meaning of anlegen.

This is quite literal – the hunter lays the rifle on his cheek to take aim. This just got generalized and modified and became pushing for something.

Cool.
So these were the many meanings of anlegen and I have to say… if I didn’t know this already, I’d have to read it again because it was quite a lot of stuff. And there’s still one more thing. Because most prefix verbs have something seeded inside of them… something with an r :).

As usual, the r-version is as literal as it gets. It means to “lay something at (touching) something”. In theory you can lay lots of things at lots of things but theory, shmeory… in practice, the word isn’t used much and the only examples I could come up with are playing domino and putting your ear to the wall.

And this crazy example is perfect to wrap up our look at a crazy prefix verb. Because anlegen really is. If you have German friends, go ahead an ask them how many meanings it has. I bet you they’ll be surprised themselves about how many there are.
As usual, if you have any questions or suggestions or if you want to try out some examples, just leave me a comment.
Thanks also to Jesus, our new intern, for poppin’ in.
I hope you liked it and see you next time.