Word of the Day- “angehen”

A fun look at "angehen" how (or if) its various meanings connect. Also: how to say "That's none of your business." and the super useful phrasing "was... angeht" 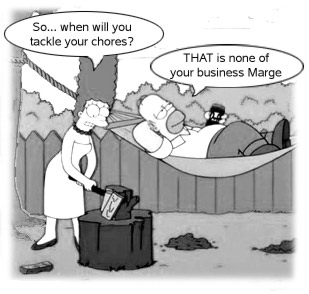 Radio is a visual medium… uh… I mean a visual large. Wait… I mean acoustic medium.
So Steve, the producer of this radio here, and it totally is a radio show, has been to a seminar in Canada over the weekend called “Holy shit – holistic learning”. And besides 967 pictures which we all had to look at during the daily meeting he brought back some new ideas. He thinks, since we’re on the radio here, it would be great to rely a little less on just explaining and work with a acoustical impressions a little more instead… well… he’s the boss so here we go.
Here’s our first sound.

Did you recognize it?

Exactly… that was the Apple start up sound.

And that was Windows, an old version, anyway.
And what does this have does that have to do with angehen? Well, let’s look at this.  angehen consists of the parts an and gehen. Depening on context an can translate to on, at, for and to. But in essence it stands for 2 ideas… and one of that is on in sense of running.

Gehen means to go. Both verbs are used for many things but the German one is a little more shifted toward the  idea of functioning/working.

Ad together with the on-an we get the first meaning of angehen… to come/turn on for …well… devices of any kind.

Now what’s important to remember is that angehen is ONLY what the thing itself does. Not what you do. So it is not always a translation for to turn on. When you push the light switch then you do turn on the light… but you do NOT angehen the light. What you do is anmachen the light and then the light can either angehen or not. It’s a free country.

The opposite of angehen is ausgehen by the way.
All right.
Now, I said that an  stands for two concepts and the meaning we just had was using the on/off-idea.
But of course there is also angehen with the other an. The local one.
And there are actually three distinct meanings Here they are in English in context…

Hard to believe, but all these will be translated with angehen. Crazy right?
The first one was to concern, the second one was to snap at someone and the third was to tackle, to start working.  They do look all pretty different but at the very core they all share the idea of going towards or going at.
Let’s say, we have a problem or a project. It stands there like a huge block. And what do we do to deal with it? We go towards it. We go at it. We approach it.

Pretty straight forward, I think. There is also a variation of this…

The gegen just makes it more confrontational, but the underlying idea is the same… the going at something.
And it works the same for the second meaning… the snapping at someone. It is basically a going towards someone…. just a sudden, angry and possibly violent one.

This usage is kind of rare though.
The one meaning of angehen that is most important is  to concern… in sense of to be someones business.
Now how do we get from the idea of going at or toward to to concern? Well… An information that is not my business does not go my way… in an abstract sense. Like…

And this is really not that far away from

This concern-angehen is super hyper mega turbo warp common not only because you can use it to reject inappropriate questions.

What is a little weird is that we use nichts and (et)was instead of just not. So we say…

That doesn’t really make sense on a logical level so we’ll have to use the Zen of the Student and just say “Okay. I accept.” (I feel like I keep quoting you, Mike :)
Now, there is another really really important usage of this angehen…

This phrasing is super common an people use that a lot

Just insert whatever thing or person you want there… what?… oh .. right.. the cases. It is accusative. Because of … reasons. Reasons we must not worry about. Reasons I am too lazy to think about.

We should  mention that angehen is much more limited than to concern. For one thing it is not t concern in sense of worries. But what’s even more important because it is more confusing is the fact that it isn’t even always the business-concern. Often, the word you need is betreffen.

Angehen and betreffen are rarely interchangeable, because although the meanings do overlap the usage patterns are quite fixed. You couldn’t really say

but I can’t give you a reason why other than: because we use betreffen. As far as meaning goes, betreffen is shifted toward having to do with or having an effect on. Some classified information can very well betreffen … so it can be about you. But it probably doesn’t angehen you… it is classified after all.
Or take you neighbor. Generally, it doesn’t angehen you what he does but if  he’s drilling at night that probably betreffen you because it wakes you up.
I think angehen really works best in context information, of questions asked.

Now… there is one more meaning of angehen actually that doesn’t really fit in with the others.

I think it is kind of a combination of the work-idea of gehen and the arriving idea of an (at). But it is not that important because this meaning is kind of rare too, at least was spoken German angeht. And it only exists in the negative.

This doesn’t make sense in German and people would probably not even know what you’re trying to say. So take “es geht nicht an” and “es kann nicht angehen” as sort of fixed phrases and store them in the rare meaning pile.

Speaking of fixed phrasings… there is another one

The English translation sounds like it would be the approach a problem angehen. In German it sounds more like the on/off-one.

But of course you can pick whatever explanation works best for you.
All right. I think we’re done for today. What? Ongoing? Oh ongoing looks like angehen but it has nothing to do with it because the German an does not have the idea of onward in it. It just has on/off or at/to/toward. Ongoing could be laufend or anhaltend… which by the way is something you can tell people to scare them.

A quick look into the dictionary and of they go to Spanish class.
So… this was our German Word of the Day angehen. The 2 meanings that are the ones to remember are to come on for devices and to concern in sense of to be someones business. The 2 less important meanings were to approach (a problem) and to snap( at someone). Sounds like a very random selection of meanings at first but they can all be explained by the 2 basic ideas of an … the idea of on/off and the local idea of to/toward.
Here’s one last example that combines them all… can you understand it? :)


Nice, right?
If you have any questions about this or the article in general just leave me a comment. And if you want, you can test yourself with the little quiz we have prepared.
I hope you liked it and see you next time.