In the second part, we'll go over zu-infinitives, zu and verbs and zu in comparisons. With lots of audio examples and a bit of fun. 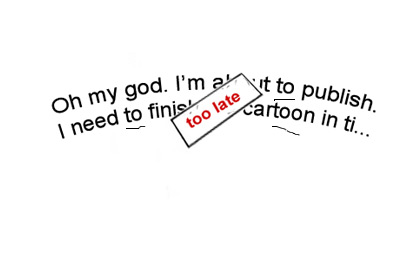 and welcome to the second part of our look at one of the most important words ever:

Last time, we first talked about zu as a preposition. We found that it carries the idea of toward-ness and we learned the main groups of “destinations” zu works for: persons, occasions and activities.
So whenever you want to express that something is directed toward something that fits within these groups… zu is most likely the right choice.
Then, we turned toward about zu- as a verb prefix and even though it is bent and twisted, the core idea of toward-ness was still very clear.
“Uhm … Emanuel, actually it wasn’t really all that cl…”
IT WAS STILL CLEAR! #endofdebate
“Okay, okay… chill, bro.”
Then, we talked about how zu can also mean closed and how that’s actually very… ahem… close to the idea of toward and last but not least we learned that German spelling reform sucks and that Takumi’s final form is Swole-Takumi. But we never got to see his full power because of connection issues.
Oh and then there was like an endless list of zu-words at the end :).
If you want to check it out, you can find it here:

Otherwise, let’s jump right into part two – with a look at those fixed preposition verb combinations like warten auf or wundern über…

Now, usually what we’d do in this segment is going over the most common verbs that come with the preposition as a kind of default and muster all our mind yoga trying to find a core theme.
But in case of zu, we don’t really need that. Because its core theme is actually grammar. Most of you probably know what I’m going for :). Just like its English brother to, it’s the word used to connect to verbs together.  Sometimes, it comes with one of its buddy um or ohne, but the essence is always connecting verbs.

Now, I know many of you are wondering about the difference between um zu and zu and when to use which. But I actually don’t want to talk about that here because we’ve talked about that in detail in a separate article. I’ll give you the link below, so you can check it out.
For today, let’s just think of them as two variants of the same thing… zu connecting a verb.
And when we think about what we’ve learned so far, this usage actually makes perfect sense. Do you remember the three groups of “destinations” that we identified in part one? One of them was activities, right? Well, verbs are EXACTLY that… they describe activities!

What happens in these zu-sentences is that we have two activities and zu expresses that the “destination” of the  first activity is  the second one. Like… my trying is directed toward sleeping. And my going to the kitchen is directed toward getting a beer. I know it sounds a bit odd to phrase it that way, because zu has basically been “grammar-ized” but I hope you can see that it’s kind of natural that zu took on this grammatical role.

Cool.
Now,  does the fact that zu has turned grammar mean that there aren’t  real fixed connections between verbs and zu?
Well, no. There are a few. But they’re pretty much in line with the use of zu as a preposition and we don’t need any mind bending.

A few verbs with zu

First up, we have gratulieren zu (to congratulate for) and einladen zu (to invite to).  And those clearly are about occasions.

Then, there are a few really useful ones that are about activities.
Überreden zu for example. It means to convince someone, but only in the sense of convincing them to do something, not in a sense of convincing of  fact. So you can überreden your friend to go skinny dipping but you can’t überreden them that the earth is flat.

Another really good one is bringen zu. Of course, it can literally mean that you bring something or someone somewhere. But it’s also used in the sense of making someone (or something) do something.

Then, we have the phrase da sein zu, and here which talks about purpose, what you can do with something.

And last but not least in this group t about kommen zu. This one is actually quite versatile because it can have three meanings. Of course, there’s the literal meaning of coming to a location. But it’s also used in a more abstract sense of addition; this one is especially common in stores.

And then, kommen zu is also a common, colloquial way to express the idea of finding the time to do something. So again, activities.

This one is actually one of those phrasings that’ll make you sound much more native speaker like, so you really should add that to your mental deck.
And the same goes for the next verb – gehören zu. This means to belong to and so we can clearly connect it to the third group of “destinations”. remember which one :)? We had occasions, activities and the first one we mentioned was… exactly… persons.
But gehören is not limited to belonging to persons and as you’re about to see in the examples, it works just as well with occasions and activities because it’s actually a quite common way to say to be a part of.

And from gehören zu it’s not very far to passen zu which expresses that something or someone fits with/is a good match for something. Or someone. Gee, if I had a dime for every some-word here, I’d have quite the… wait for it …. sum.
No one is laughing, so I guess we’ll just move on to the examples

Hmmm, I guess it wasn’t the best red wine.
Anyway, so now you have a pretty good overview over the verbs that come with zu as a default and I hope you could see that there really isn’t anything new or hidden, like there is for many of the other prepositions. Thank God! I mean… this whole grammar aspect of zu and um zu is difficult enough. So it’s only fair that the prefix and the preposition give us a bit of a break.

Now, we’re almost done for the day, but there’s one more thing that we need to mention…the too-zu

The English word too was originally a stressed version of to and English decided to capture that in a spelling difference.  German didn’t bother, and so zu is also the word for too in the sense of some sort of threshold being crossed.

Oddly, it is NOT a translation for too in the sense of as well. Like…

Using zu here wouldn’t be understandable at all. Which is kind of weird because as we’ve learned, zu does have this notion of addition in it while the whole notion of too much is a bit unclear to me. Like… I don’t really know why people started using the words in that sense. I tried to find something but without success. So if someone of you has some insight, or a crazy crackpot theory, please share it in the comments :).

And of course that also goes for all the questions and thoughts you might have about zu. Like… did you get a bit of a feel for the word? Are there any uses we didn’t mention that don’t make sense to you (I can think of at least one ;). Let me know in the comments and we’ll complete the picture there.
So, this was our look at the little word zu, which was pretty much an annotated list of verbs this time.  Not much analyzing and digging and crazy mind yoga…  but I hope you enjoyed it anyway :).
Have a great week and I’ll see you next time.
Oh, and here’s a link to a video of a famous German Schlager-Song that features gehören zu.
Careful… it’s got ear-worm potential :).