Advent Calendar 6 – Of Cones and Taps 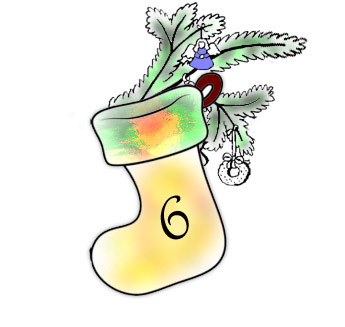 “Of Cones and Taps“

welcome back to our Advent Calendar, day number five . And behind this door, there’s something that you can also find on the ground when you take a walk in the forest. Small, like a baby fist maybe, dry, egg shaped, rough surface, brown… I’m of course talking about droppings. Conifer droppings to be precise, also known as Tannenzapfen.
“Emanuel, the cones of a pine tree are not droppings! They carry the seed for new life.”
Oh… so it’s like conifer sper… okay, okay, I’ll stop with the analogies. For now :).

So yeah, Zapfen is the German word for the cone of a conifer tree (conifers are actually called conifers because they carry cones).
But that’s not the only use for it.
Another Zapfen we can find in winter is the Eiszapfen, which is German for icicle. You know, these pointy, thin ice-things that hang from roofs. And if you caught a bad cold as a kid and you just couldn’t swallow the antibiotic pill, you might have ended up with a Zäpfchen (suppository) up your buttocks.
But by FAR the most important  Zapfen is the Bier zapfen. Because that means to draft beer.

And that makes more sense than you might initially think. The origin is not entirely clear, but it’s probably a Germanic syllable that carried the idea of “something pointy”.
Besides Zapfen, this is also the origin of  der Zopf, which is what you do with your hair (plait, pigtail) and the noun der Zipfel which is basically a corner of a fabric… yeah, German has a word for that. Like, your pillow for instance has a Zipfel and the dwarfs from Snow White are wearing what is called a Zipfelmütze.
But the real reveal are the English relatives… get ready for a big surprise. The German word Zapfen is related to tip, top and tap.
Makes sense, if you think about it. They’re all about a something pointy.
And THAT is the reason why zapfen means to draft. Back in the day, beer would be in barrels and in order to draft it, you would put a tap, a cone-shaped pointy thing, into the barrel.

So there you have it. Now you know what a German pine cone (Kieferzapfen) has to do with drafting beer (Bier zapfen) and that a tap is called tap because it is pointy like a tip.

Feel free to put this trivia to use in one of those awkward silences at Christmas dinner. Like…
“… swear to God, I will disown you!”
“… “
“… “
“… uh… guys, did you know that tap is related to the German word for suppository?”
Works wonders :)
And that’s it for today.
Have a great one and bis morgen :).