What is the Difference – “wissen and kennen”

'wissen' and 'kennen' both mean 'to know'. Today, we'll learn a really easy way to tell them apart. And no: it's not the kind of knowing as you usually hear. 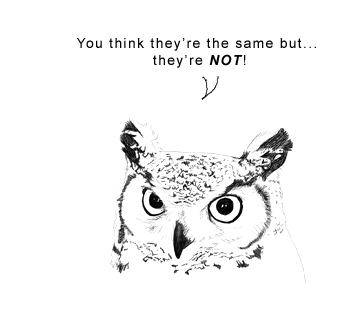 and welcome to another German Word of the Day – What is the Difference Special. And today, we’ll look at the difference between

A real problem. Unless your mother tongue is Spanish. Or Italian. Or French. Or Portuguese.
Or Swedish. Or Norwegian. Or Finnish. Or Hungarian.
Because all these languages have two words as well.
That’s right, English language. You can’t give German the “Really?? Two words for one thing?“-look this time ;).
Old English actually had two verbs, too. There was to know, which is related to the Latin and Greek family that diagnosis and recognize come from. And there was witan which, just like German wissen, belong to the of vision. But then English speakers were like “What a waste… let’s just pick one.” and started using to know for everything while witan only got to live on in wisdom and wit. And generations of English speakers have since struggled to wrap their mind around the difference between wissen and kennen.
Well… today, this will change because I have found a really simple, really effective way to tell them apart.
And if you’re mother tongue is one of the languages above, that also have two words… well, you could read on anyway and share in the comments whether that would work for your language as well. Sounds good? Cool.

When you look for the difference between wissen and kennen online, you’ll likely find something that talks about the “kinds of knowing”. Like…. “wissen is about facts while kennen is more about being acquainted with something or someone.”
That works okay but it’s kind of vague.
I believe there is a even better, more down to earth way to put it.
A little bit of groundwork first.
One of the fundamental dichotomies in language is actions (verbs) on the one hand and titties in the other. Oh… I meant entities. And entities (and entity is really just a short way for me to say “things or living beings”).
Now, especially in German, knowing which of these two you’re looking at can be very helpful when it comes to grammar and structure. And it’s also helpful with the question of wissen and kennen. Because we can use it to create the best and easiest rule of thumb for when to use which.
Here it is:

“Wissen is for information that is expressed using a verb.”
“Kennen is for entities. “

In the first sentence, we know an entity – a speaking tree. So we use kennen. In the second example, we know verb-based information the fact “Trees don’t talk.” And so we use wissen.
And that’s it, pretty much. This system doesn’t require us to think too hard about meaning. We can just look at structure.
And that can make it much easier, sometimes.
Imagine yourself talking to a friend about your mean line manager…

At least to me, the two parts in this statement express basically the same. Just the phrasing is different. So making a decision which translation to use based on meaning is kind of difficult.
But with our new system that just relies on structure, it’s super easy.

The first one is kennen because her is an entity, the second is wissen because it is a sentence. Pretty simple, right?
In practice, wissen is used a lot in context of questions because questions always have a verb at their core.

Using kennen in such sentences is just wrong; even if to be acquainted/familiar would work in English.

Kennen is used a lot with names, and it doesn’t matter whether it’s a person or a song or a CD or a book.

And we cannot say:

Even if we know every second, every line of dialog, every shot, and every plot hole of the movie, the sentence would still be wrong simply because The Rise of Skywalker is a name. An entity.
All right.
Now, so far, mixing up wissen and kennen simply resulted in a wrong or at least odd sounding sentence. Let’s now look at an example where either one is possible, but with a different meaning. A friend comes to you, all tired, and says this.

We could respond using either verb here.

And they do NOT mean the same.
The wissen-version says that I know the content of the statement itself. The fact. So I know that my friend can’t sleep at full moon. I could simply make that one sentence

The kennen-version means that I myself can’t sleep at full moon either. It is kind of like a short version of

Cool.
So now that we have a rule for when to use which, let’s so let’s pack our bags and venture out to the blurry edges, where wissen and kennen meet. Because the rule is not a strict rule, after all. It’s just a rule of thumb that works well and that’s easy to apply. But there are fringe cases.

Based on what we’ve learned, this should be kennen. And kennen is indeed the better choice. But people use wissen, too.

Both sentences can express exactly the exact same thing. The kennen-version has a second notion though. It can also mean that we’re familiar with the way in sense that we’ve gone that way a few times already. We’re familiar with it.
The wissen-version is purely about knowing where we have to go. Here’s another example:

Again, kennen sounds better to me but people do use wissen as well. Both can mean the same but also here, the kennen-version could theoretically express something else. It could mean that we’ve heard that name before, that we’re familiar with the name itself. Like…

The wissen-version only means that we know how someone is called. So essentially the wissen-versions are purely about how the world is, the kennen-versions are more ambiguous and can express general acquaintance with a thing. But in these examples they’re usually used just like the wissen-version. So the structural aspect kind of beats the meaning-aspect. If you know a noun, then you use kennen, even if being acquainted is not really the focus.

This is clearly about a fact and still both versions have about the same amount of hits on Google,and I feel like the kennen-version is the more literary one. Now, there are a few sentences out there, where wissen and kennen are both used with a noun, and mean different things.

Kennen would be about knowing the content of the chapter while the version with wissen is kind of a shortened version of I know which chapter is it?”. So in the end this ties back in with what we had… that wissen works well with all kinds of questions. Now, there’s one more thing we should mention. German does use the phrase nicht mehr wissen a lot where English uses to not remember something.

And that only works with wissen, regardless of whether we’re dealing with verb-based information like in the example we just had, or with a noun.

The kennen-version would sound super odd and serious… like… “Name! You’ve changed! I don’t even know you anymore.” But on the whole I think going by structure is an easy and pretty fail safe way to decide which one to use. Here it is in a nutshell…

All right. So this was a pretty mechanical take on wissen and kennen. Mechanical in so far as that you don’t have to think much about what kind of knowing it is. You just look at whether it is an entity or a statement and you make your decision based on that.
And now, I’d say it’s time for a little quiz :)

And that’s it for today. This was a kind of new way to tell wissen and kennen apart. And I’m really curious what you think about it? Does it make sense? Is it easy to apply? Or do you like the other way better?
Let me know all your thoughts in the comments.
Oh and if your mother tongue has two verbs for to know as well, it would be great if you could tell us if this system works for them as well or what other difference there is.
And of course if you have any questions, leave them in the comments as well and we’ll clear them up.
I hope you liked it and see you next time.

This entry was posted in B-Level, Must have words, Verbs, Vocabulary, What is the Difference. Bookmark the permalink.
Subscribe
110 Comments
Newest
Oldest
Inline Feedbacks
View all comments