Advent Calendar 22 – Alman is in the Air 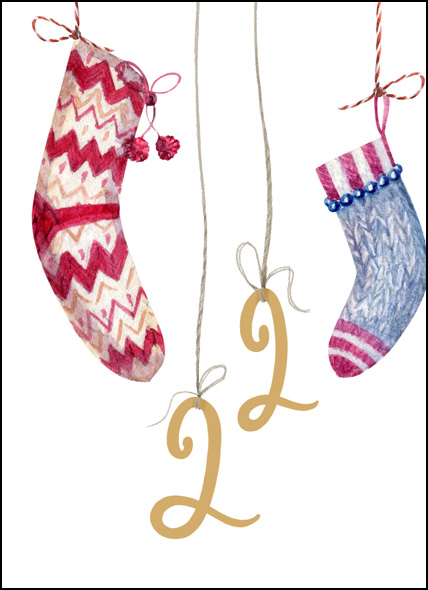 door number 22 of our Advent Calendar, almost Christmas, and behind today’s door is some really nice and funny

So have a great day, let me know in the comments how you liked it and I’ll see you tomorrow.

Nah, I’m kidding.
I’m not the biggest fan of German comedy, especially the one that makes it to the mainstream and TV. It’s horrendous.
But today, I wanted to tell you about a YouTube channel that actually is kind of funny. I mean… maybe not lmao rofl burst out laughing funny, but at least it’s worth that approving little smile that says “Yes, this was humorous.”

So that’s what I wanted to do today, and I will, but before that, I actually wanted to quickly share something I discovered with you that most of you won’t care about but still.

So over the last year or so, I have noticed that there are more and more “langfluencers” or particularly “Germfluencers” pooping up on i… sorry… I mean popping up on Instagram.
And many of them had actually over 100.000 followers. And by that I mean, JUST above 100.000. Even if they have a completely new Instagram with just like 60-100 posts, which is not very much in that world.
My Scorpio bs sensor was tingling and I got the suspicion they buy followers and engagement, and I also have the suspicion that at least some of them are managed behind the scenes by someone else.

And so this week I actually did some investigation on Instagram and Socialblade (like two or three hours) and checked how many of them there are, and more importantly how old their accounts are and how their subscriber count developed.

And now I am pretty much certain… they are ALL buying subs. They either start out with insane sub growth right away, or they creep along until some day, all of a sudden, thousands of follows happen for a few days and then it peters of again.
I’d even wager that the 100.000 are fake and only the small number above it is real.
There are plenty of sites where you can buy “organic” subscribers and engagement, and it’s really cheap because it’s usually people in developing countries that run these subscriber farms.

But yeah… many many of these German language influencers are buying subscribers and at least some of them are “operated” by an entity behind it.
I do know for a fact that there is at least one company that offers “Master Mind Retreats” for German language influencers and quite a few people I see on Insta have been there. They meet for a week in some resort, with a pool and brainstorm ideas of how to bring the business to the next level. Which is NOT about creating unique content or new ways of learning and teaching. It’s about how to best sell your stuff.
There’s also a language influencer who also owns a social media marketing company, so I think they’re basically building up a network of influencers, boost them up, and then have all of them collect people’s email addresses to then run sales. I don’t want to name any names, but if you see someone in Instagram or TikTok with like 100.260 followers… those are fake, I am 90% sure of it.

And I get it, we all have to make money.  I’m doing what I do here also because it’s my job. But the thing that I find weird is that first of all, this behavior makes it virtually IMPOSSIBLE for an honest company like Seedlang that just launched French and Spanish and made fresh Instagram accounts for those and doesn’t want to buy subs to compete. They will not get anywhere without buying subs, I fear. There’s just too much competition that takes “performance enhancing drugs” so to speak.
And also, all these influencers are putting out (or shitting out) content on the daily just for it to be seen by thousands of fake accounts and maybe a few real ones that they’re trying to sell their course to.
It’s all so desperate and empty and the only one really benefiting is Instagram and TikTok (because I think it’ll be the same there) which has all these “solopreneurs” domesticated like little sheep. “Oh, You didn’t post tdoay? Okay, down your ranking goes.”

I like business, I like people doing their thing, but something about all this is just wrong.

The channel I mean is called Phil Laude. He was a part of one of the most famous German YouTube prank and skit channels back in the day and he is now doing his own thing.

And what he basically does is depicting the stereotypical German in various situations –  uptight, correct, frugal and so on, and he absolutely NAILS IT!!!!
And often, he contrasts it with Germans that have immigrant roots. And the immigrant community actually coined a term for the “old school stereotpyical German” and the behavior:  Alman.  Absolutely amazing word to have, because it gives a name to that specific type of “german-ness”.
I definitely have some alman in me, and it’s always funny to me when I recognize that. It’s not that it’s a bad thing and everyone living here will become a little alman sooner or later. It’s just in the air :)

But anyway, check out the Phil Laude channel on YouTube, it’s really good and not too hard to understand. You can always put on subtitles. They work pretty well.

Let me know in the  comments if you like this and if you think he does the “Germanicity” justice :).
And also, let me know if you have a little Alman in you too.

Have a great day, and I’ll see you tomorrow.