What is a verb 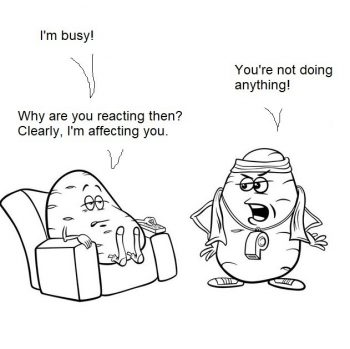 and welcome back to your favorite German learning website on the whole world.
And today, we actually have the start of the epic special “Grammar in May” – or Grammay for short.
To give you a little bit of background… I’m working a lot on my dictionary at the moment (you might know it as “search” :), and one part of that is grammar terminology. There are lots of grammar terms out there, some well known, some obscure and some invented by me, and I want to include all of those in my dictionary, so you can get up to speed with the jargon.

I’ve entered quite a few already (I’ll leave a link to the archive below), but it’s very brief and I figured it’d be cool to have actual explanations for the terms. More than just a couple of lines. And so I’ve decided to dedicate May to grammar and go over the most important grammar terms, add them to the dictionary, but also tell you about it, so come June you’ll be the absolute grammar jargon master, and all this stuff won’t be Latin to you any more. Well, it’ll still be Latin most of the time, but you’ll be like “Latin… I got you figured out. You don’t scare me no more!”

So yeah, throughout May I’ll be posting more than usual, and most of the posts will be rather short, because for many things there isn’t much to say.
But no so today, because today we’ll start with what’s to me the most important word type of them all

And this one got so interesting, that I decided to make it into a proper post.
So we’ll explore what verbs are, if we need them (spoiler: yes and no), and how German feels about them. And just so you know… I’m having wine and it’ll get philosophical.
So are you ready to jump in?
Then let’s go!

Verb is one of the most “mainstream” grammar terms. Most people are familiar with it and they can give loads of examples for verbs right away. That’s not the case for a term like conjunction for example.

The origin of the word is the preposterously ancient Indo-European root *were, which was about the idea of speaking. In Ancient Greek, this became rhētōr (speaker), which is where rhetoric comes from. In the Germanic languages, we see it as *wurda-, which is the ancestor of word and das Wort. And in Latin, the root became verbum.
Now, the original sense of that was simply “word“, and this sense is actually still alive. If Maria verbally abused Thomas, that was mean with verbs, but with words.
But for the word verb itself, the focus slowly shifted more and more on one specific group of words… the verb.
No wonder, considering that verbs might just be the most important word type ever.

The quick, intuitive answer to that question is to say that verbs are words that represent an activity (or the lack thereof), but that’s actually kind of misleading. I mean, Yoga is an activity after all, but it’s not a verb.
To really understand the essence of verbs, it helps to think terms of a physics.
Yeah, I know… half of you are like “Booooring.” but bear with me for a second.
So… in the universe, we essentially have mass and energy. They’re very different in nature, but they interact (energy moves mass, mass stores energy) and you can’t have one without the other because as we know since Einstein, one can be converted into the other.
And I think we can see the same in language. And it’s not a crazy parallel at all. I mean, language evolved in this universe, as a way for the universe to talk about itself, so it’s just natural that it has the same “fundamentals”.
So yeah… the nouns and pronouns in a language are the mass. They’re the “objects” or “units”, if you will.
And verbs are … the energy.
And just like in the real universe, they can be converted into each other.

And here you can see why the quick definition of “verb is activity” is kind of misleading. Yes, the act of cleaning generally is an activity, but what matters is what it represents in our sentence. Is it mass, or is it energy.
In the first example, we have the entities (the masses) “unicorn” and “fridge” and cleaning is the energy that’s in the sentence.
In the second sentence, cleaning is converted into a thing, mass, and the energy is making.

And if you find that hard to grasp, then that’s actually normal because energy IS hard to grasp. Like… can you tell what energy is in the real world? Not really. We can really only understand the effects of the energy at work. A cup is falling or our laptop screen is shining… yeah, that’s the effects of energy doing its things.
And it’s no different in language. In the first sentence, the observable effect of the energy at work is that the fridge gets cleaner. So the verb (the energy) is to clean.
And in the second sentence, on the other the effect is that the unicorn gets angrier. So even though the cleaning is an generally an activity, it is NOT the energy working in that sentence. Or in other words, it’s NOT the verb.

Now, of course you don’t really have to think that way to learn a new language. But it is helpful to understand the difference between word type “verb” in a dictionary and the role “verb” in a sentence.

And this metaphor of mass and energy can also help answer one important question we can ask about any word type… do we need it.

Do we need verbs

I’m sure, most people would intuitively say yes to that, seeing how an central role the verb plays, how many there are and how most people know the term.
But the truth is… we don’t really need them. There are some languages that do NOT have “verb” as a distinct word type, because it’s simply impossible to decide whether a word is a noun or a verb.
And while that sounds kind of exotic, we don’t actually have to look very far to see how something like that might look like… because English does it all the time.

Well, okay… the second is not based on a noun, but what is uber? A noun, a verb? How should we classify that? And if you’re like “This isn’t proper English.” then you might want to think again.

I’m pretty sure that we’d think of all of those words as nouns, if I were to make a break after them. But in context, we accept them as verbs and it’s not slang or bad colloquial style. So what are they? Nouns or verbs?
English grammar has chosen to put them into two categories, after a certain point of adoption is reached. It does that because it sees language through the “Latin” grammar lens, and also because for the most part, making the distinction is easy.

But there are languages out there where ALL nouns are also verbs.
Does that language have nouns? Does it have verbs? Does it even make sense to use these categories?
We definitely don’t really need the word type “verb” in a dictionary. A language can live without it just fine.
But what about the “role” of a verb? Do we need that?
Well… technically, I guess we could communicate all our stuff without verbs.

But at least to all of us, there is an implicit of energy… to be (existing).
And I’m not sure if it’s possible for humans to not have this implicit verb there.
As we said, language is a mapping of the universe into sounds (which then get mapped to words and letters), and just like there’s no universe without energy in some form (even in the form of mass), there won’t be a language without an expression of energy in some form. And most languages do have a separate category called verbs.
And in German, I think it’s fair to say that the verb is actually the most important part of a sentence.

People always talk about German compound but the true passion of German is its verbs.
Plain and simple. It has a billion of them, it likes having a distinct verb for all kinds of different things, it fractals them up with prefixes, the verb is absolutely dominating the German sentence structure. If you’ve read my series on word order or the position of nicht you’ll know that the verb is at the end so often, because German finds it the most important part.

And German doesn’t only love its verbs a lot. It’s also kind of a purist. Because it prefers its verbs the most is in their normal, boring verb phrasing… so stuff like “Someone does something.”, “Something is happening.” and so on.
English and the Romance languages, too, tend to go with less “active”, more descriptive phrasings more often.

The second version sounds lean and elegant in English. And it is technically possible in German… but it sounds really weird and no one talks like that.
With the exception of the various “zu”-constructions, German generally does not do these types of phrasings and that’s actual a really good advice to improve your style… be boring!
Use normal sentences and side sentences with “dass” or “weil” or “bevor” and so on. Instead of…

I mean, in German, of course.
If you can get yourself to only think in these simple terms, even if it seems repetitive … you’ll speak much more natural German.

So yeah… I think that’s it for today, and it turned out way longer than expected. And yes… that’s what she said.
Seriously though if you have any questions about verbs or any thoughts about my universe metaphor, let me know in the comments.
I really hope you enjoyed this, have a great day and I’ll see you soon with the next fun grammar term :)