Word of the Day – “verschwinden”

A fun look at the German word for to disappear and what it has to do with wasting time, lying and vertigo... yup, they're all connected :) 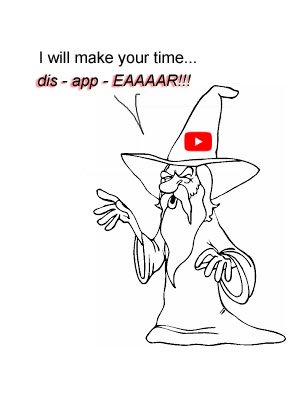 and welcome to our German Word of the Day. This time, we’ll take a quick look at the meaning of

And to give you a real life example… imagine you’re finally having the first date with your crush, you’re having really good conversations and it is going really well and then you suddenly let go a really noisy fart.
The urge you feel in that moment, the thing you want to do… that’s verschwinden.
“Erase my date’s short term memory?”
Uh… no… the other thing.
“Turn back time and prevent myself from eating that onion-bean-salad?”
NO… I mean to disappear. That’s what I want to do.
“But Emanuel, that’s the least productive option. Because if you disappear, the date will be over and you’ll be all alone in your bed.”
Hmmmmmmm… good point. Maybe that’s why I was single for so long #singletear
But hey, let’s not waste time with dating tips and jump into our topic instead…

So, yeah verschwinden means to disappear and we’ll start right with a few examples…

As you can see, verschwinden is a classic example for this super power of Germanic verbs of making a vowel disappear and another one pop up. In present tense, it’s verschwinden, in written past (preterit) it’s verschwandand the ge-form is verschwunden. Schwi-schwa-schwu, basically. So that’s something to watch out for. But apart from that, verschwinden is pretty straightforward and also the related words are easy.

And since we’re at related words, we have to mention verschwinden‘s cousin verschwenden, which is the German word for… to waste. Makes sense, I think. Wasting something (resources of some kind) is basically making it disappear.

So verschwinden and verschwenden are both pretty cool words to know.
But there’s more to discover about that family and it’s not Zeitverschwendungto dig a little.

You might have noticed that verschwinden and verschwenden look an awful lot like a verb with a ver-prefix.
Well, it is. It’s the ver-version of schwinden. And the meaning of schwinden is to dwindle, to slowly disappear. It’s not common at all nowadays, but you can find it in books and you might see the noun der Schwund in compounds (if you work in the food and beverage field … Schwund is the official term for wastage)

So, verschwinden (with the away-idea that ver carries) is basically an intensified or completed version of schwinden. But where does that come from? Some of you might have noticed that there’s wind in there. And that would make a lot of sense. Like… verschwinden … going away the wind, disappearing.
But as intuitive as that might be, windand schwinden do not belong to the same family. In fact, it is not known where schwindencomes from.
But there is a relative in English…. the word swindle.
Now you might be like “Wait, what does that have to do with disappearing.”
Well, we could say that disappearing is something you do after you swindled someone, but that’s actually not the connection.
You see, German has schwindeln as well. In German it is more common than in English and it’s used for small scale, harmless lies. Like… schwindelnis the small brother of lügen, if you will.

Wait… where were we… oh, oh, swindle. Right. Sorry.
So, the schwindel-branch does carry the notion of lying, but unlike in English, there’s another idea… and that’s actually the main one. The idea of lightheaded, dizzy. You know… when your head spins a little.
Like… der Schwindel can be used for a scam, but it also means lightheadedness and vertigo. And if you feel dizzy you use the same weird phrasing you’d use to say you’re cold or hot….

And this idea actually ties in perfectly with the idea of dwindling, that we had for schwinden. Why? Because feeling lightheaded or dizzy comes right before losing consciousness . Which is a kind of disappearing.

And what about the idea of lying? Where does that come from? Well, a while back people would use the noun der Schwindel in a more metaphorical way of feeling enthusiastic. Like… “Oh my God, this Mozart Sonata is so amazing, I feel like I’m gonna pass out.”
And from that, it’s not far to enthusiasm based on false promises. Like… “My policies as a president will be so amazing, they’ll make you pass out.”
Hmmm… okay, maybe that’s not the best slogan. But yeah, I think you get the idea.

Now… we’re almost done for today, but there’s one more word that we absolutely have to mention, because it looks like it belongs to the family, as well. It starts with Ge and while the German autobahn doesn’t have a limit for it, the word itself is certainly a limit for itself.
Yeah… that was a pretty confusing hint, but you still might have guessed it. I am talking about die Geschwindigkeit, the German word for speed, and one of the least fitting words of all time.
I mean, come on… Geschwindigkeit... that sounds like peeing on dry leaves, not like a fast car.
Anyway, the noun is based on the adjective geschwind, which is an old, bookish sounding word for quickly, swiftly.

And in a perfect world, this is absolutely related to schwinden. I mean… disappearing and speed are not far apart.
But… the real world is not a Disney movie. It’s not always perfect.
Princesses poop and geschwindis NOT related to schwinden. Actually, it’s related to gesund(healthy) and they come from an old Germanic root that was about strength.
But hey…. I’m just mentioning this to not present wrong information. It doesn’t really matter from a practical perspective and if you want to think of Geschwindigkeitas connected to verschwindenor even the wind, go ahead. Whatever helps you remember it best.
So yeah, while geschwind is kind of out of fashion, die Geschwindigkeit is THE word for speed and there are plenty of beautiful compounds with it, one more slowing down than the next… Geschwindigkeitsbegrenzung (speed limit), Ermüdungsrisswachstumsgeschwindigkeit (fatigue crack growth rate)

Yeah… uh… and I think that’s it for today.
This was our look at verschwinden and its relatives. And its non-relatives :).
As always, you can check how much you remember by taking the awesome quiz my underpaid assistant has prepared for you.
And of course, if you have any questions or suggestions, just leave me a comment.
I hope you liked it and see you next time.

verschwenden = to waste
die Zeitverschwendung = a waste of time

This entry was posted in B-Level, Must have words, Verbs, Vocabulary. Bookmark the permalink.
Subscribe
28 Comments
Newest
Oldest
Inline Feedbacks
View all comments